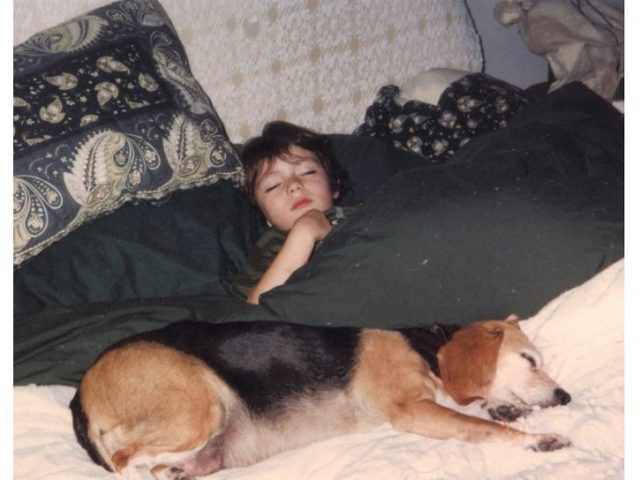 Hollywood CA (The Hollywood Times) 10/01/2018 – Death visits gutting our senses – in this case, with little direction on how to discuss with my child. Often, we’re the students and they’re the teachers. 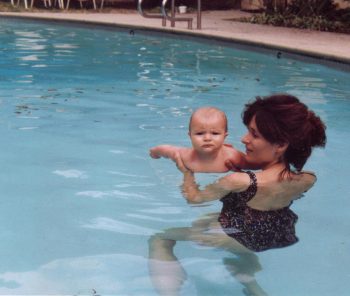 Michael has a dad, and I don’t!” screamed my then 6-year-old son as he slammed our front door, then stomped past me and held his bedroom door open; looking at me with disbelief, he screamed louder, “My Daddy’s dead!”

The bedroom door slammed shut and I heard his muffled cries of anguish.

I sat on the sofa and listened, tears streaming down my face as I fought the impulse to race to Dylan’s side and make the hurt go away. It wouldn’t go away, it would change but it would never go away. I couldn’t bring back the father he never knew, that death that happened when Dylan was only 4 months old. He died in his sleep next to me.

I thought back to when I saw a therapist when my boy was 9 months old. He was confused by my need to understand how to deal with death when Dylan couldn’t speak yet. To me it was important to know how to tell him, what to tell him, when, why, how much… where? 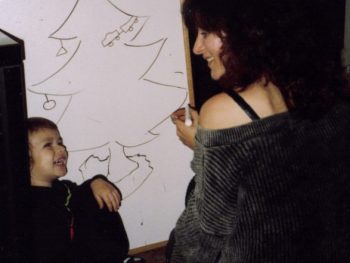 David, my short-term therapist, gifted me with wise words. He gently offered, “You answer what he asks and never add to it. Your son will not ask you things he isn’t prepared to handle so be sure you never overly explain a question. There will come a time when he’s fully ready to discuss it but only he will know and he will tell you.”

I entered Dylan’s room when the crying ceased and slowly opened his door. He was facing me hugging his teddy bear and fast asleep in his bed. That innocent, beautiful face lined with dried and dirtied tears streaked across his cheeks lay against a pillow. I sat next to him and brushed his damp hair back softly with one hand and watched him go deeper into an exhausted slumber. 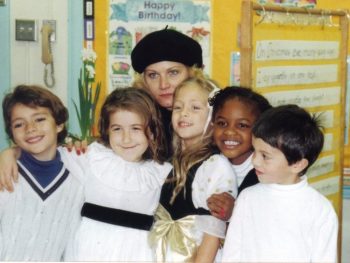 Later, I found out that it was a special day for fathers and sons but the announcement paperwork—as happens often—didn’t make it into his backpack the day before. I had sent a young boy unprepared to discover in front of all of his friends that he didn’t have a male figure, a guy or a buddy there to help him out. I hadn’t remarried, and we had just lost my father, his only grandfather, a few months prior.

Dylan knew his father was dead, he would tell anyone who asked but it was this one particular day that he felt a deeper loss. It was the first time I had ever seen him cry over his father. Dylan has had a wall dedicated to his father since he was able to crawl, has watched him on the one video we have of him over and over, and yet has only known his father through stories from me or those who knew him. 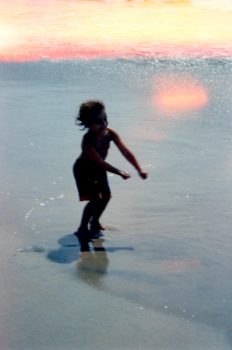 We had mother-and-son talks about his dad, and he always wanted to know what he laughed like; was he funny? Did he love me or him? Would he ever come back? Did he think you were pretty, Mommy? Do you miss him? Why? Daddy’s star is brighter than Poppa’s! What would Daddy do?

Always, I answered him. We laughed, or sometimes it was serious, but usually it was informational. Even on that day, the only talk we had was how Dylan was angry with Michael because he had something Dylan didn’t. For some reason it didn’t matter that the other boys had fathers, perhaps Michael and his father’s relationship stuck out as something Dylan wanted and was missing.

Teachers, counselors at school, all were on alert to deal with Dylan if he had questions and we spoke about what was told to me: to never add more information and just to answer his questions. I instructed them to not treat him differently because he already was different. The kids would alternately tease and make fun or be very protective of him. 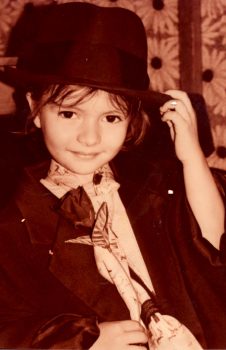 When Dylan was in second grade, my uncle was dying of cancer, and Dylan came along to meet him. He was my godfather and only uncle. I was devastated but kept myself together. On the road trip, Dylan sketched in a book he aptly titled, “Dylan Bond.” In it were drawings of a boy getting a man out of jail and scribblings of “Pow-Pow!”… Gunfire.

I read the pages and on the last page it said in a child’s handwriting, “I am going to save my friend.”

In watching my child and really hearing him, Dylan taught me when we would discuss his father and it has happened many times. As Dylan got into middle school, he already had had one Big Brother from the Big Brothers Big Sisters organization, which lasted for a year. With a new added stress of leaving elementary in 6th grade, I made sure he got another Big Brother. Fate connected the two, who would remain buddies throughout Dylan’s high school years.

With all of the medical advice I’ve read or gotten and counselors’ or experts’ opinions, it was David’s advice that rang true for me because it had proven itself year-after-year to slowly reveal what Dylan was ready to accept when it came to his father’s death and how well he bounced back from other losses that we all have in life. 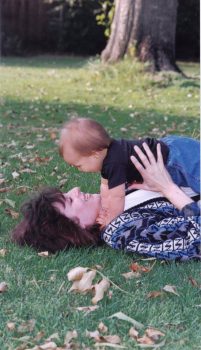 I never told Dylan any deeply religious ideas about death but everyone has a different idea of what happens when a person dies. I let him know his dad was in him always and if we were lucky, maybe his dad could see us. One morning on the way to school, Dylan giggled and asked, (age 7) “Mommy? If we died tonight could we hold hands in the sky and look down on everybody and wave?” I smiled acknowledging his visualization of what he felt about where his dad was and where we go. I also noted the joy in his voice.

The story titled, Sunshine’s Great Death – shows a child’s first realization of deep loss. Sunshine was his dog until age 8, and Dylan demanded to be with Sunshine when she had to be put to sleep. Against a teacher’s advice, I listened and did what was right for him – I let him be with her.

I believe we all have the right to our beliefs, religious or not, our own ideas of what we believe that might work for our situations best. I found, for us, that being honest and listening and watching my boy’s face for clues, was what worked best for us. The day came in high school that we discussed his father and it was really much ado about nothing by then. I believe that my son has had many wonderful mentors and friends but no one can replace a parent that is gone. That mysterious person one never knew or the one that was known and loved – (or not) – is gone with varying values and weight imprinted in us – until it is our own time to leave.

I have learned through being raised with my child that as I watched life grow through the level with which he perceived the world, that I could and would grow again, painfully so at times, but never, ever without beauty and laughter. I believe my son has taught me more about death than I ever could’ve taught him.

Sunshine, my dog, came into my life when I was seven years old. Sunshine and I were best friends for a very long time. Once when my godmother and I went to MacDonalds we gave some of our food to the dogs. Those are some of the special things we did, but there’s more.

Sometimes we went to shops and Sunshine and I ate pork chops together. We also used to have dinner together and breakfast. Sometimes we would go for walks and have lunch or go to the beach. When I was eight, we took Sunshine in for a grooming and I got to help.

Later on we also played games and also went to the pier. Sometimes we would go to the market and Sunshine and I would look at boys (for her) and girls (for me). We’d also go to special events on holidays. My friend came over and we played with Sunshine for hours. Later we would sometimes bathe Sunshine with soap and water and when she got finished she smelled wonderfully clean and soft. I also like the way she shook around and the water went flying everywhere and I would then dry her off.

When I got older Sunshine got older and was starting to die. On the last day she lived, the pet doctors put her to sleep and I watched her fadedly go away and cried. Later when my godmother got a new dog I was happy, but I’ll never forget Sunshine. My first best friend in the world.