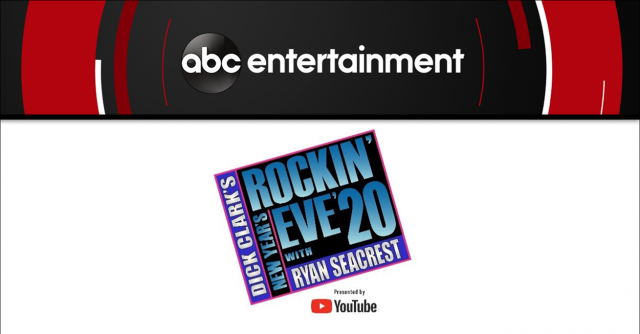 “Dick Clark’s New Year’s Rockin’ Eve with Ryan Seacrest 2020” marks the 48th anniversary of America’s biggest celebration of the year and will include 5½ hours of special performances and reports on New Year’s celebrations from around the globe. Ryan Seacrest will lead the traditional countdown to midnight from Times Square in New York City, with live onsite reporting from award-winning actress and co-host Lucy Hale.

Multiplatinum artist Ciara will once again ring in the New Year from the West Coast as the host of the Hollywood Party, while award-winning actor, singer, director, composer and playwright Billy Porter will take the reins in the Central Time Zone by making his debut as host of the New Orleans countdown.

Additionally, country artist Jessie James Decker will reveal the first-ever First POWERBALL Millionaire of the YearSM during this year’s live broadcast of “Dick Clark’s New Year’s Rockin’ Eve with Ryan Seacrest 2020.” Decker will provide live updates from the First POWERBALL Millionaire of the Year party throughout ABC’s live telecast and the big reveal announcing the winner will air just after midnight on Jan. 1, 2020.

New York: Times Square performances to be announced in the coming weeks.

Launched in May 2005, YouTube’s mission is to give everyone a voice and show them the world. We believe that everyone deserves to have a voice, and that the world is a better place when we listen, share and build community through our stories. YouTube is a Google company.