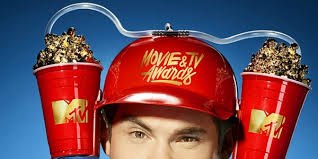 To Vote for ‘Best Musical Moment,’ (Powered by truth®) visit the musical.ly app

Los Angeles, CA (May 2, 2017) – MTV today announced the addition of two brand-new categories, ‘Trending’ and ‘Best Musical Moment’ to the inaugural  “2017 MTV Movie & TV Awards.”  These genius, snackable moments have dominated the internet through clicks, shares, memes and social chatter, and deserve to be recognized alongside the more traditional Movie and TV categories.  To vote, for ‘Trending,’ go to MTV.com and voting for ‘Best Musical Moment’ will take place exclusively on the next-generation entertainment social network musical.ly.  Voting ends for both categories on Sunday, May 7.  The “2017 MTV Movie & TV Awards” airs LIVE from the Shrine Auditorium in Los Angeles, Calif. on Sunday, May 7 at 8:00 p.m. ET/PT.

‘Trending,’ is presented by Time Inc.’s INSTANT, a social-first media outlet dedicated to covering the lives and projects of the Internet famous. As part of a robust marketing partnership for the show with People and Entertainment Weekly, ‘Trending’ will commend some of the greatest viral moments in movies and television from the past year.  The ‘Trending’ winner will be announced during the “MTV Movie &TV Awards Festival” prior to the main show telecast.

Throughout the weekend of May 6, one or more musical.ly influencers will join MTV to capture behind the scenes footage from rehearsals as well as stream from Sunday’s red carpet on their live.ly account from the MTV digital platform.

The MTV and musical.ly partnership will continue to evolve as the two companies work together on a premium content project slated to launch next quarter.

“Be That As It May” – Herizen Guardiola – The Get Down (Netflix)

MTV is a global youth culture brand inspired by music.  For more information, check out mtvpress.com.  MTV is a unit of Viacom Inc. (NASDAQ: VIAB, VIA)

INSTANT is Time Inc.’s social-first media outlet dedicated to covering the world of the “The New Famous” – the digital artists of social media from YouTube, Instagram, musical.ly, and beyond. INSTANT, which is led by Editorial Director Kirstin Benson, produces more than 30 original series across its Instant.me platform and social channels. INSTANT’s content also lives on the sites and channels of Time Inc. titles People, Entertainment Weekly, and HelloGiggles.  Visit:  www.instant.me

Time Inc. (NYSE:TIME) is a leading content company that engages over 150 million consumers every month through our portfolio of premium brands across platforms. Our influential brands include People, Time, Fortune, Sports Illustrated, InStyle, Real Simple and Southern Living, as well as approximately 50 diverse titles in the United Kingdom.

Founded in 2014, by creator Alex Zhu and longtime friend, Luyu Yang, musical.ly is an entertainment social network for creating, sharing and discovering short videos. Every day, millions of people use musical.ly as an outlet to express themselves through singing, dancing, comedy, and lip-syncing. The app celebrates creativity with videos that are shared across the musical.ly community. With over 200 million users, musical.ly has hit #1 in the iOS app store for free apps in 20 countries – including the United States. In June of 2016, musical.ly released its breakout livestreaming platform live.ly, which provides the musical.ly community with a broader canvas on which they can express themselves. Immediately following its official launch, live.ly began trending and hit the number one spot in 8 countries in the iOS app store.musical.ly is available for download through the Apple App Store, Google play, or the Amazon Appstore.