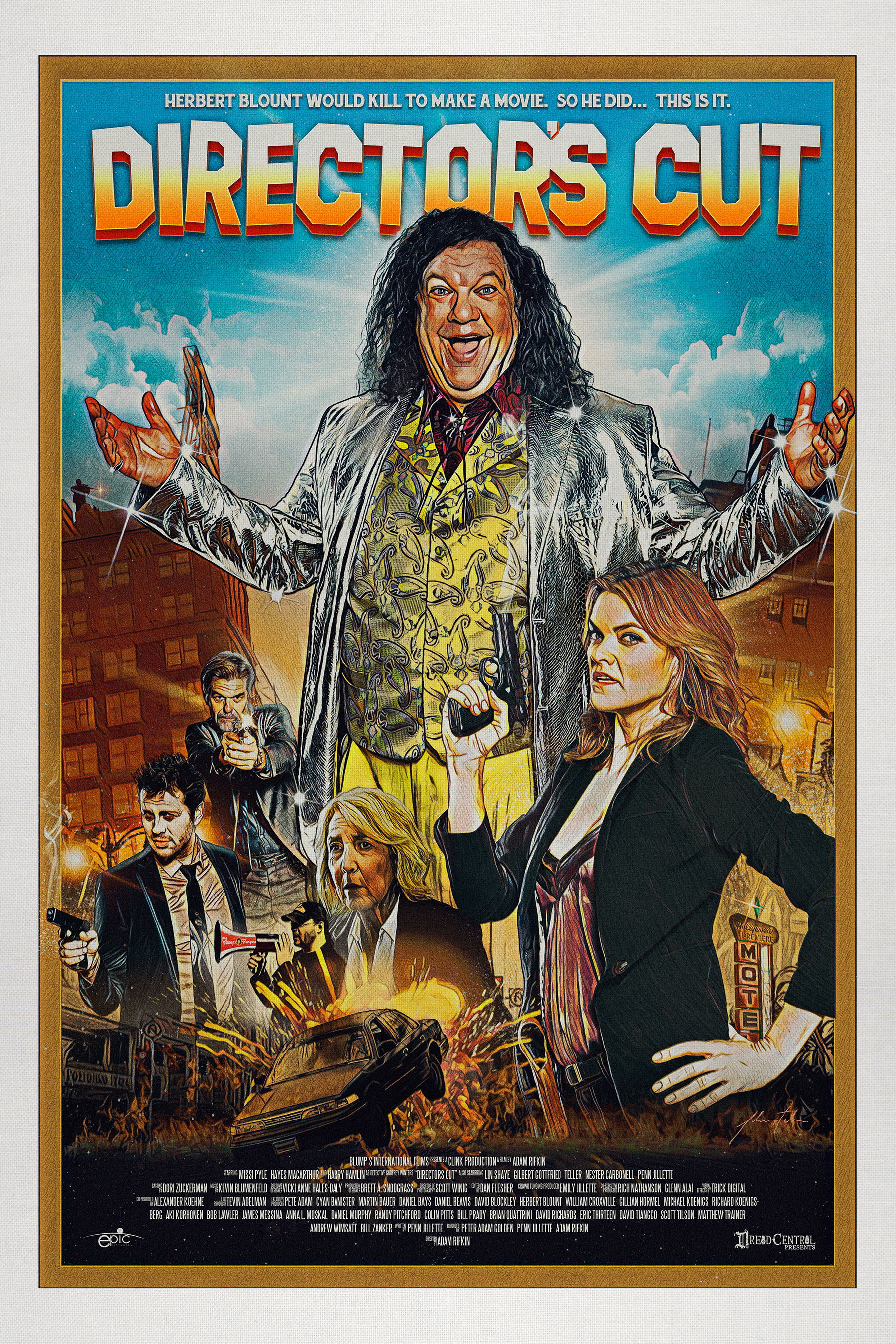 Beverly Hills, CA (The Hollywood Times) May 19, 2018 – A crowdfunded movie-within-a-movie about a crowdfunded movie-within-a-movie, Director’s Cut is what stage magician Penn Jillette calls “cinematic sleight of hand.” It’s an apt description for this exercise in extreme meta. In a discussion after a screening at the Writers Guild, the writer/director said the only question he expects from anyone is “What the f***?”

Jillette, while best known as a performer, has two producer credits under his belt: Tim’s Vermeer and The Aristocrats. Nothing in either of them should prepare you for this unrated movie mash-up. First, it’s full of horrific depictions of serial killers at work and foul-mouthed cops framed by naked breasts at strip clubs. Family friendly it is not. Smart and clever it is. 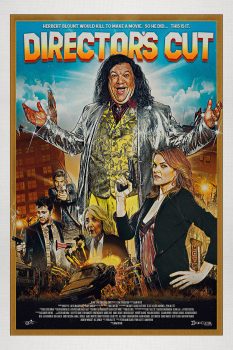 The conceit is this: Penn Jillette plays an obsessed fan who donates to a Kickstarter-type project, a slasher flick called Knocked Off which stars his obsession, Missi Pyle. He then steals the film footage and releases this version, his “director’s cut,” complete with cheesy photoshopped effects and a voiceover from his delusional perspective. Along the way, he also steals the star, kidnapping Pyle and forcing her to make the movie as he envisions it. It’s dark and creepy and funny as hell, looping back on itself in a Rubik’s cube of interlocking stories.

The acting in the B-movie-within-the-movie is predictably bad – especially by a wooden Harry Hamlin – but Jillette and, especially Teller, are remarkable screen presences. Yes, Teller talks. And he’s good at it.

The movie will roll out in a limited released, which is just as well because it is definitely not for everyone. But for those with a strong stomach and a love of the absurd, it’s perfect.