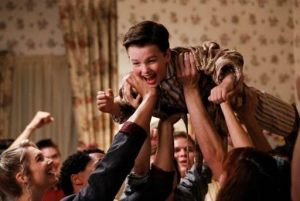 CBS announced today that the hit freshman comedy YOUNG SHELDON is the Network’s first renewal for the 2018-2019 broadcast season.“YOUNG SHELDON has made a huge impact on our schedule in the short time it’s been on the air,” said Kelly Kahl, President, CBS Entertainment. “While the show’s DNA is clearly rooted in THE BIG BANG THEORY, YOUNG SHELDON has staked out its own place in the TV universe with a unique creative tone, brilliant writing and a gifted multi-generational cast. We can’t wait to see Chuck, Steve, Jim and Todd’s vision for how the Cooper family deals with Sheldon growing a year older…and smarter.”