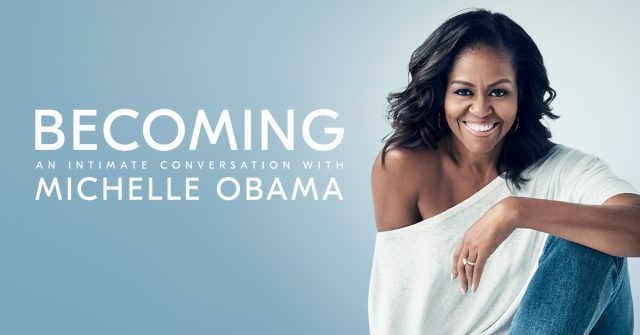 Obama will be visiting The Forum in Los Angeles on Thursday, November 15th.  Other stops include Washington, Boston, Philadelphia, Detroit, Denver, San Jose, and Dallas.  The book will be released on the date of the first tour engagement date, November 13th,  in 28 languages.  An audio edition, read by Ms. Obama herself, will also be issued.

Attendees will have the chance firsthand to hear her speak about her experiences as First Lady, how she became an iconic figure on the American Landscape, her background on the experiences and events,that have shaped her.  Ms. Obama spent her childhood on the South Side of Chicago, and worked her way up to becoming an executive with two children; and the First Lady. Ms. Obama will also expound on how to become the very best version of oneself.  She is currently known throughout the world as an advocate and champion for women and girls.

In keeping with her mission, Ms. Obama along with Live Nation, will be donating 10 percent of each show’s tickets to various organizations, including schools and educational programs, local charities, and community groups.

Tickets for all dates, including the newly announced shows, will go on sale to the general public starting Friday, September 21 at 10 a.m. local time at BecomingMichelleObama.com. A limited number of VIP meet and greet packages with former First Lady Michelle Obama will be available.