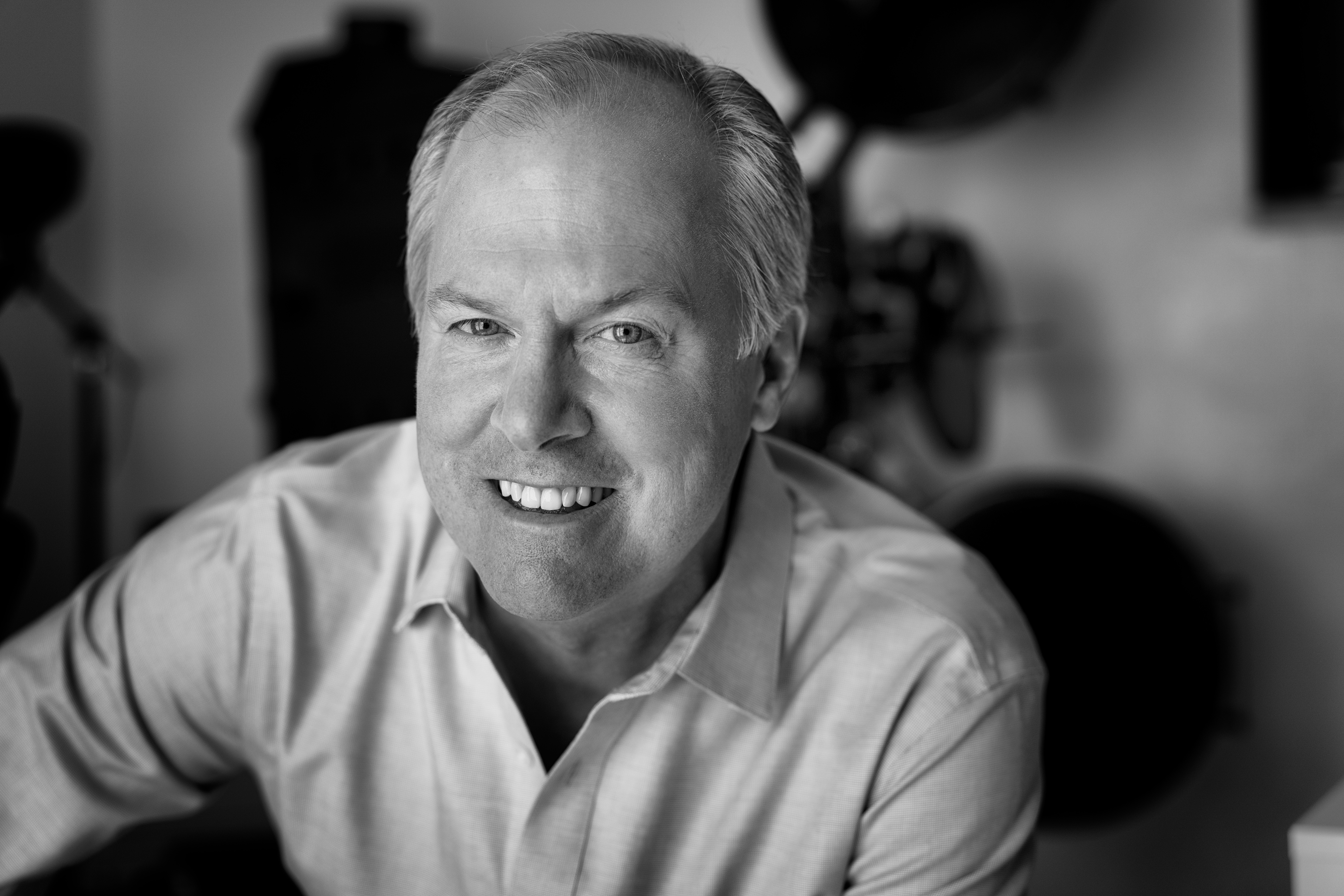 What led you to want to tell Roger’s story?

I knew Roger Ailes and met with him a few times in the last years of his life. After he passed away, I did some research and I was surprised by things that I didn’t know about him. The extent of his influence and accomplishments over decades was remarkable. That triggered my interest to look even deeper.

Roger Ailes was so clearly a dominant winner, time and again, yet to me, the writers of the first drafts of history seemed hellbent on not giving him credit. And there seemed to be agendas driving that – political and ideological reasons mostly, but also envy, bruised egos, and the like.

So I wanted to tell the story of an American icon without the spin and bias that seemed to be the backbone of most stories about Roger Ailes.

I’ll use a sports analogy. Imagine you followed a sports team from another city. Like someone in Chicago following a Detroit team. Your local sports page would give you an incomplete and biased story about Detroit, especially if Chicago kept losing to Detroit.

With no previous directing experience, why did you decide to tell it yourself?

Initially, I was not intending to direct the film, but I did some initial research and the staggering depth of Roger’s involvement and influence in politics, television, and news was like a gravitational pull that dragged me in. In fact, I was sitting with a potential director, pitching him the whole project, and after listening to me for an hour, he asked, “Why don’t you direct it?” I responded of course, that I wasn’t a director. He said, “Yes you are, you just spent an hour showing that you are a director.” And that’s where it started.

I’m of the age where I lived through many of the cultural, news, and political events which helped define Roger’s life and achievements, so I felt comfortable researching them and seeking out people who were in the room with Roger, who could speak authoritatively as primary sources about Roger’s astounding life, obstacles, and achievements.

What does the title of the film MAN IN THE ARENA mean? What did it mean to Ailes?

Teddy Roosevelt’s 1910 speech, “Man in the Arena,” states that the man who actually does things should be more highly regarded than those whose only role is to comment on and criticize those deeds. The man of action outranks the critic. I think that ethic defined Roger Ailes’ life and attitude. Roger narrates the film, and I think he summed up his view of Roosevelt’s “The Man in the Arena” with his words, “What they called me is opinion; what I’ve done is on the record.”

I think songwriter Warren Zevon best updated Roosevelt’s “Man in the Arena” idea when he wrote, “If you can’t take the punches, it don’t mean a thing…the name of the game is be hit and hit back.” Roger knew that if he inserted himself into the arenas of political contests and journalism, that he’d have to take punches. He was willing to do that, particularly in politics. And once he started and succeeded with FOX News, the punches got harder. Roger took the punches. And he hit back just as hard. That’s what made him a winner. 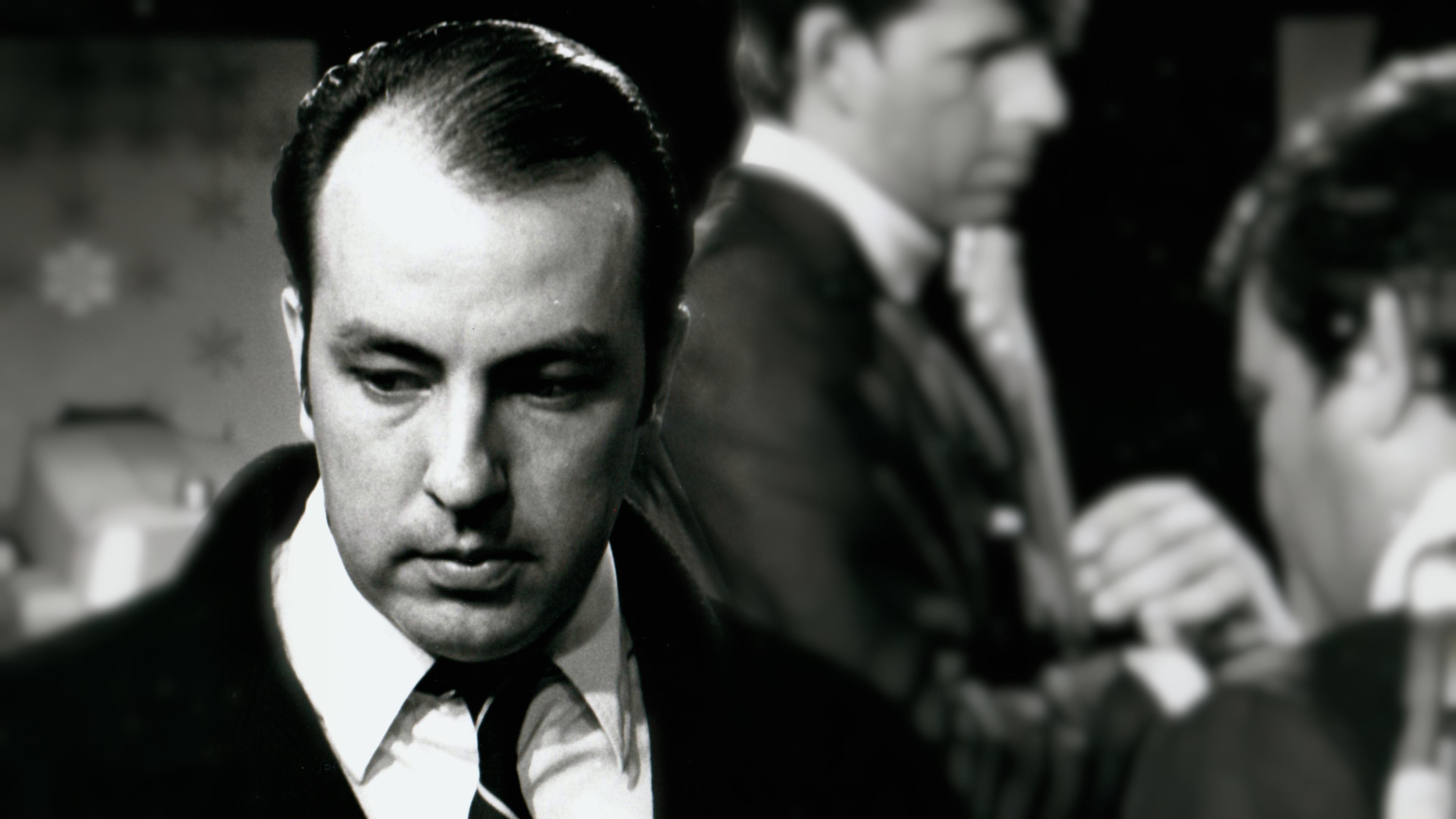 In your words, please tell us what the film is about.

MAN IN THE ARENA tells a true story that hasn’t yet been told. How could a disabled kid from the wrong side of the tracks end up dominating the television, political, and cable news industries for five decades? If an entrepreneur comes to dominate one business, we declare them icons or geniuses. But Roger Ailes dominated three different industries over his career. This is that story – triumphs and failures.

One of the keys to understanding Roger Ailes is that he was a middle America guy who was a relentless champion of the underdog. Roger made it possible for underdogs to win. He excelled in leading long-shot campaigns against formidable foes, often in one-sided contests.

The film tracks how that fighting spirit was kindled in Roger, and how he kept it sharp for many decades.

Fighting for the underdog against powerful people and interests creates fierce loyalties and bitter enemies.

It’s a rare and gifted person who becomes a successful Man in the Arena. The more successful you are the attacks multiple. That’s the game. So in taking stock of the life, achievements, and lessons of someone who dominated for decades in different industries, you have to measure the good with the bad; the failures with the successes. And it puts meaning and context to the incredible life and Shakespearean downfall of an icon.

You say Shakespearean downfall. Why? Was there more to it than just a chapter of the #MeToo movement?

Absolutely. The Shakespearean drama and clash of forces unfolded and was reported for years by the industry media, but not the mainstream press. And the press became surprisingly incurious about it when a couple of MeToo claims were made against Roger. We do cover some of that in the film. I think there will be a lot of interesting conversations between people after they see the film.

In your research, what detail or discovery in Roger’s life most surprised you?

Several things. First, that Roger had hemophilia all his life. He wasn’t expected to live past age ten. We heard repeatedly that Roger was wickedly funny. Some called him the funniest person they had ever met. We discovered that Roger wrote a book, titled Theater of Leadership. He canceled the book’s release when he took over CNBC network in the early 1990s.

What do you view as Ailes’ biggest accomplishment (s)?

He was a key force behind the election of three Presidents – Nixon, Bush, and Reagan.

He launched three cable news networks and rescued a fourth.

Without fanfare, he created and continually expanded the most successful minority opportunity program in the media business. Others talked the talk, but Roger walked the walk.

But most of all, more than anyone else as the 20th century arrived, Roger Ailes kept Freedom of the Press alive. It was Roger Ailes’ launch and success with Fox News that single-handedly kept American news from becoming a mere mouthpiece of the ruling party.

Do actors often talk about disappearing into a role? As a director, do you think you disappeared into your subject?

Yes. And the disappearance was more like melting. The more I learned about Roger’s life, the more a sense of awe arose. And as we continued to find source material, including dozens of hours of recordings made of Roger over the course of thirty years, it became a matter of respect for facts and history.

So, I strove to use a light hand so that all the primary source material could speak so as to present Ailes and his impact in a balanced context.

It is interesting that Roger Ailes wrote and spoke about media and leadership, and we had hours and hours of his private tapes. Ironically, sometimes I found myself taking direction from him. The production team sometimes joked that  Roger not only narrated this film, he also directed it because we had so many of his primary sources available to us as filmmakers. 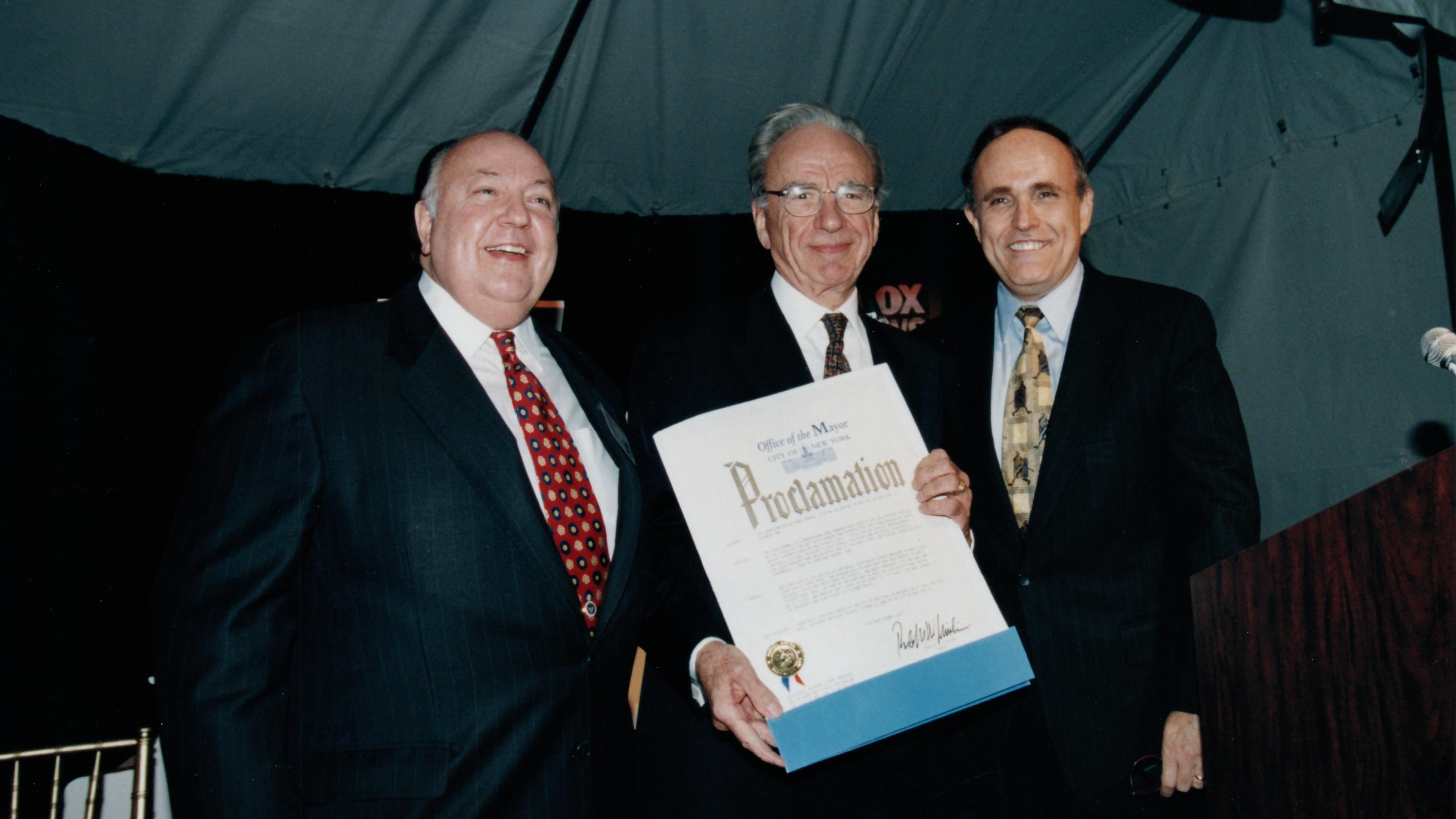 Who is the audience for this film? Who did you make it for? What is the message you are trying to get across? Or are you expecting it will be different for different people?

It will be different things for different people. Roger’s life and influence were long and wide, so there’s a lot in the film for viewers with different preferences.

First, people who appreciate the true story of underdogs, who win and lose and win again in real life, will like Man in the Arena. Once we had spent time researching Roger Ailes, we realized that people would like the story, even if they weren’t political or news junkies. Surprisingly, minority viewers may find the film fascinating. As one of our civil rights leader says when interviewed for the film, “There’s an unknown connected between Roger Ailes and the black community.”

Also, Roger had a lot of friends from all walks of life, and many who didn’t agree with him on any political issues. In our film, political pundit James Carville called Roger Ailes “a good villain” for Democrats. That is certainly how he has been portrayed by his political opponents. So, if political commentators have told you that  Roger Ailes is a villain, the film will surprise you and open your eyes.

There’s a lot of debate overculture, censorship and free speech, and whether the search for truth is advanced by hearing other points of view. Roger’s life and achievements are directly on point for people interested in those matters. My aim is to give viewers a deeper understanding of what free speech actually means and to fascinate them with the incredible and unlikely story of Roger Ailes and the obstacles he continually overcame to excel.

Why tell this story as a documentary and not a narrative?

The wealth of our primary source material made the documentary the perfect vehicle. Roger’s own voice and five decades of primary video, plus our interviews with the people who were in the room—what more can a filmmaker ask for? Our facts are far more interesting than the other fictional movies that are out there, even though those had about a dozen Oscar®-winners starring in them. Documentaries can be boring. So when the team and I made the film, we constantly reminded ourselves of what Roger told his stars: Don’t be boring.

Also, I liked The Tonight Show Starring Johnny Carson. When Johnny had on a guest who would astound him with some story or feat, he would deadpan: “I did not know that.” So for all audiences, including people who think they might not like the true story of Roger Ailes, I wanted to capture moments where they will think, “Wow, I did not know that.”  Because Roger was so influential for so many decades with so many people, there are a lot of those Johnny Carson “I did not know that” moments in the film. And when people learn interesting facts about things, their minds open up.