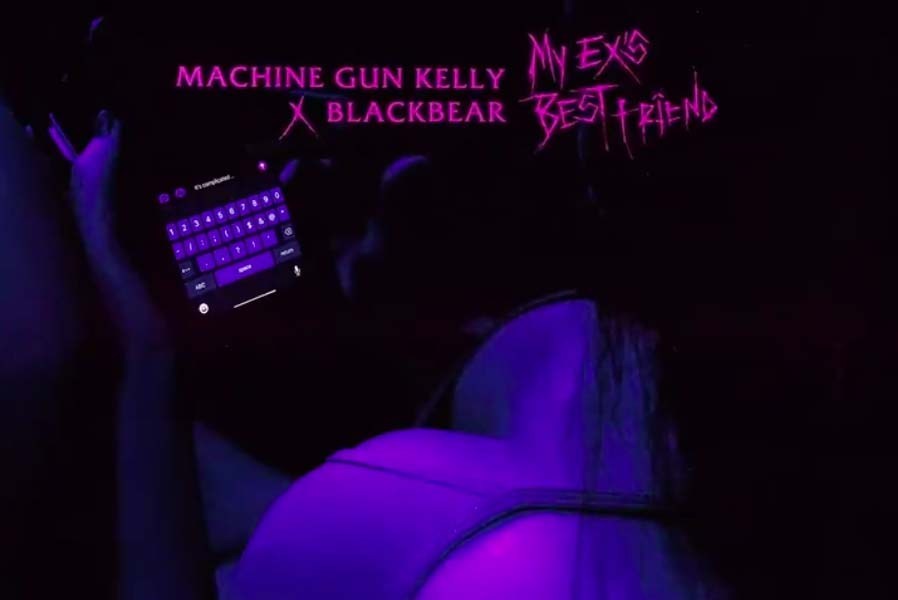 (The Hollywood Times) 8/26/20 – Machine Gun Kelly, who also goes by Colson Baker on the big screen, has just released a music video for his new song called “my ex’s best friend” which features songster blackbear.  It’s hard to bring up MGK and not make a reference to another blonde rapper but it seems MGK has outgrown his media struggles from almost 2 years ago.  As of late MGK has fine tuned his sound and gone in more of a rock music direction as opposed to a rap direction.  We saw MGK get recognition from Travis Barker when Barker started drumming for him on a few different projects.

The quarantine has been kind of interesting with music and media which has forced an unconventional delivery of content.  This led to a lot of acoustic and more personal sets from MGK that were dropped straight onto Youtube.  At one point he even covered Mike Posner’s “Smoke and Drive” which was probably my favorite song when I first discovered who Mike Posner was.  Posner also covered the song called “Still Schemin’” which was where I first discovered blackbear who’s featured on that.  Regardless of my disconnect with blackbear as an artist I still appreciate his features on other artists tracks.  I actually went on blackbear’s youtube page and he has plenty of content with millions upon millions of views.  Perhaps I’m just late to the party as this track has debuted at #1 on the rock charts.

Besides sitting at #1 on the charts MGK has starred and co-starred in movies like “The Dirt” and “Big Time Adolescence” in which I reviewed the latter on here months back.  Later   His relationship with Pete Davidson has built a lot of character in MGK because he has stuck by his friends side through difficult times.  If I was writing more about the person and not so much about the music I would dive more into his personal life.  Instead I urge you to check out the new song and some of his others which I’ve posted down below.