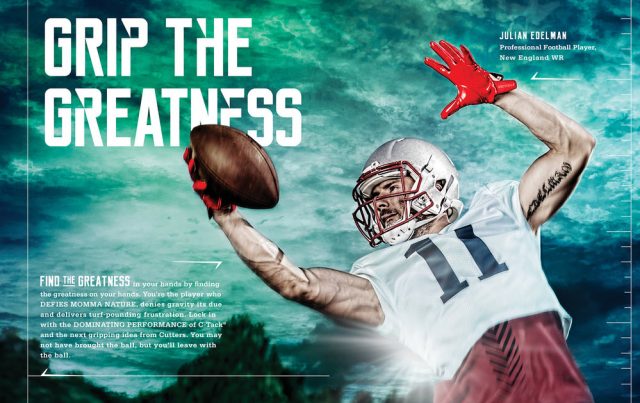 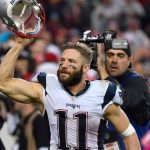 Hollywood, CA (The Hollywood Times) 04/4/2019 – “My father has been my biggest role model. He’s been the one who’s pushed me to the levels that I thought I couldn’t get to and he led by example by working relentlessly hard. In the morning I never saw him, he’d come home at five o’clock, he’d take me to a baseball, or a football court to work. I would definitely say he’s my number one role model.” Julian Edelman, Super Bowl LIII MVP and three-time Super Bowl champion told The Hollywood Times when asked who is his role model.

The New England Patriots wide receiver is one of the most clutch performers in NFL history — every first-down grab, every touchdown and every game-changing play he’s made has been with Cutters on his hands. Cutters launched the JE11 by Cutters Signature Series in 2017 with Julian’s direct input on design, fit and performance.

Julian Edelman, coming off of an MVP performance in Super Bowl LIII, was in Fountain Valley at Cutters Sports headquarters on Tuesday, April 2, at 2:30 pm to receive a special award for his achievement and engage with Cutters employees and top local youth football players from Mater Dei, St. John Bosco and J. Serra Catholic.

Edelman has his own line of football gloves with Cutters, the JE11 by Cutters Signature Series. Julian has only used these gloves in the NFL, and since he has accomplished so much, Cutters threw a celebration in his honor! Cutters is one of the most trusted glove brands in the NFL, and having Julian as an ambassador has been a unique way to tell their story.

To be honest, until February 2019, I knew next to nothing about football, but since all my friends were watching it I decided to join. Me being me, I chose to support the team that was playing against the Los Angeles Rams just because I’m that odd person who has the need to go against the grain. To make it more exciting, I googled ‘cutest players in The Patriots’ and Julian Edelman came up. That’s how I became a Patriots fan and seeing him in real life was a wonderful experience especially because it was evident how much of a role model he is for the local football players. Who  knows, maybe one of them will be named an MVP in a few years.

Julian Francis Edelman (born May 22, 1986) is an American football wide receiver and punt returner for the New England Patriots of the National Football League (NFL). He played college football at Kent State and the College of San Mateo as a quarterback. He was drafted by the Patriots in the seventh round of the 2009 NFL Draft. Edelman primarily plays in the slot on offense and as a punt returner; he has also been pressed into service as a cornerback at times when the Patriots have been shorthanded on defense.

Edelman is one of the most productive receivers in post-season history, ranking second overall (behind Jerry Rice) in both post-season receiving yards and post-season receptions. He has played in four Super Bowls (XLVI, XLIX, LI, and LIII). In each of the last three (all Patriots wins), he led all wide receivers in receiving yards. He was named Super Bowl MVP for Super Bowl LIII, in which he had 10 catches for 141 yards receiving, more than half of his team’s total receiving yardage. He holds the Super Bowl records for career punt returns (8) and first-half receptions in a single game (7). Edelman is the first Jewish football player to be named Super Bowl MVP.[1] (Wikipedia) 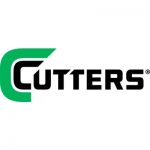 Cutters is all about The Grip. Our construction is unstoppable, our design incredible and our technology unbeatable.

Jeff Beraznik founded the Cutters brand in Canada during the 1990s, when a hand injury forced him to wear gloves. Not satisfied with any available football gloves on the market, he came across industrial gloves used by glass handlers and cutters. The gloves did the trick and led to years of research to develop the concept into high-performance sports gloves. This was the launching pad for Cutters in 1997.

We’ve created the strongest, most consistent, ultra-durable and hero-making grip in the business. Pro, semi-pro, collegiate and high school football players know what Cutters is all about.