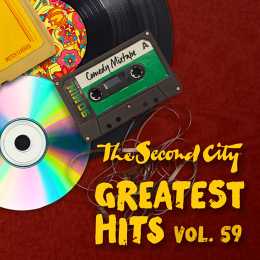 Orange, Calif. — The classic Second City comedy sketches and original songs that launched generations of comedy legends have been re-booted and re-imagined for the company’s current cast of future superstars in The Second City Tour: Greatest Hits (Vol. 59). The tour comes to Musco Center for the Arts for one night only, Wednesday, October 16, at 7:30pm. 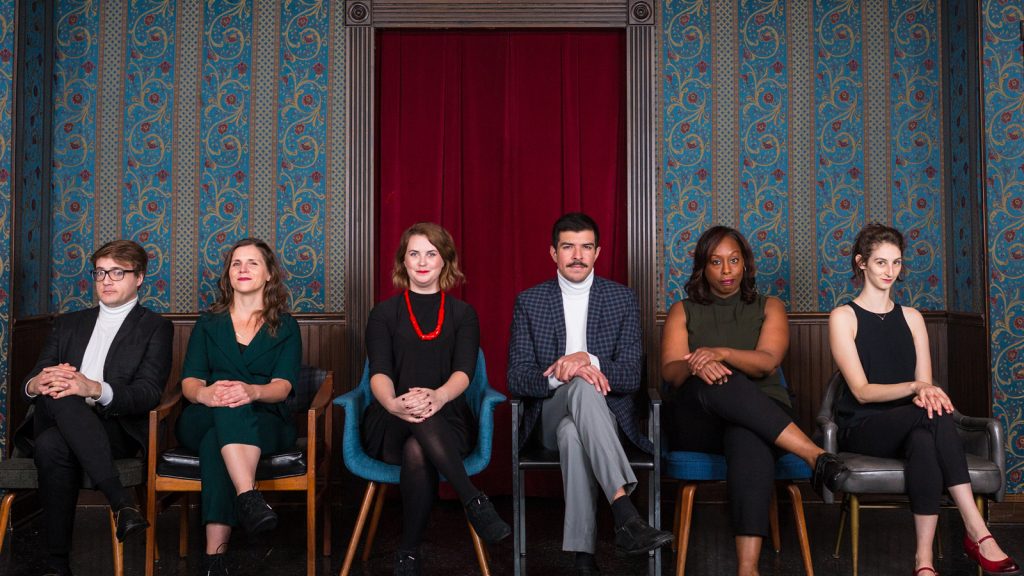 For 60 years, Chicago’s Second City has been the launch pad for leading comic actors of the club circuit as well as television and film. From Alan Arkin and Joan Rivers to Gilda Radner and Bill Murray, Tina Fey and Amy Poehler, Stephen Colbert and Steve Carell, scores of brilliant comic talents have become household names on “SCTV,” “Saturday Night Live,” “The Daily Show” and countless sitcoms. Now, all the excitement of live, improvisational comedy comes to Musco Center in the best sketch comedy and song parodies ever created by the famous club’s celebrated members. It’s all been packed into a fast-paced two-hour evening of fun culled from six decades and thousands of shows.

Tickets for “The Second City Tour: Greatest Hits (Vol. 59)” at Musco Center range from $25 to $48 and are available online at www.muscocenter.org or by calling Musco Center at 844-626-8726 (844-OC-MUSCO). The show does contain adult themes, which may be inappropriate for younger audiences.

The birthplace of improv

In the 1950s, a new form of American comedy took hold in Chicago. It was inspired by the improvisational theater games that director Viola Spolin developed to help stage actors be “in the moment.” In 1955, Spolin’s son, Paul Sills, along with college friends Howard Alk and Bernie Sahlins created a theater-and-comedy club at the Compass Pub near the University of Chicago. The Compass Players would introduce many brilliant and influential talents, such as Mike Nichols and Elaine May. In December 1959, Sills, Alk and Sahlins opened their own theater-club, The Second City. The club was named in mock humility, after a dismissive reference to Chicago in a 1952 New Yorker article.

Through the 1960s, Second City and the art of improv comedy became synonymous as its members became internationally known through clubs and recordings and in movies and on television. In 1973, Second City Toronto opened, providing entrée to stardom for Canadians Martin Short, Catherine O’Hara, John Candy, Eugene Levy, Dave Thomas, and Rick Moranis. They became the famous cast of “SCTV.” Two years later, Lorne Michaels would launch NBC’s “Saturday Night Live.” From the first season until today, Michaels has relied on Second City for talent – from Dan Ackroyd and John Belushi to Addy Bryant, Chris Redd and Cecily Strong.

In addition to the year-round shows in its Chicago, Toronto, and Hollywood performance spaces, Second City sends revues and original productions on tour each year across North America and abroad. It also collaborates on co-productions with Chicago’s Lyric Opera, Washington DC’s Kennedy Center and Woolly Mammoth Theatre Company, the Toronto Symphony Orchestra, and the New York Comedy Festival, among others.

Its training program, which is available online and in all three cities, enrolls thousands of students each year. In 2016, Second City opened the Harold Ramis Film School, the world’s first film school dedicated to comedy. And, through its Second City Works extension, it offers improv-based methodologies to businesses and organizations of all types.

About Musco Center:
Since it opened on March 19, 2016, Marybelle and Sebastian P. Musco Center for the Arts at Chapman University has been hailed as “an ideal opera house, potentially the best in the West and maybe even something more” by the Los Angeles Times. Designed by renowned architects Pfeiffer Partners, with acoustics by world-renowned Yasuhisa Toyota of Nagata Acoustics, Musco Center boasts an intimate seating chamber with 1,044 seats on three levels and a full-scale stagehouse capable of grand spectacle or lush symphonic sound with its unique orchestral shell in place. Musco Center serves as a dynamic focal point for campus life and the broader community, giving notice that world-class arts education and artistic achievement have found a new home in Southern California.