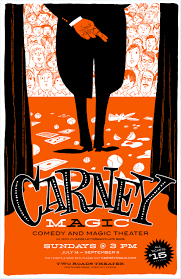 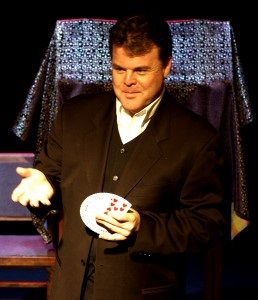 Sierra Madre, CA (The Hollywood Times) 8/1/18 – “Welcome and thank you for coming and tell your friends.”  John Carney told the audience last night at the Sierra Madre Playhouse.

What a show it was.  Don’t miss your opportunity to see him tonight and again tomorrow for his matinee show.

Get your tickets here: http://sierramadreplayhouse.org/

Magic tricks performed last night were done with amazing skill and John Carney had the audience sitting there with their mouths open in astonishment.

People should not entrap themselves with words such as trickery, illusion or magic, John Carney’s show is just tremendously entertaining.

“What is magic?  It is the Magic Kingdom of Disneyland.  It’s the magical performance of Elvis with his fans screaming.  It is one of the most fascinating forms of entertainment when John Carney shows the effect of years of secret preparation. Using comments and suggestion.

It is the method of how John Carney shows he has something in his hand, and the next thing you, the audience, say to oneself is, how in the heck did he do that?  Even when Carney request for an audience member onto the stage, and I should say, go for it, it’s fun. 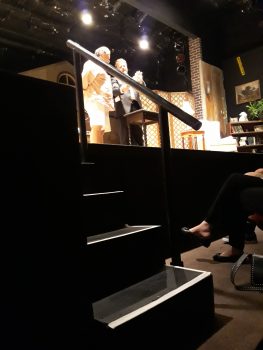 You will find yourself watching like Sherlock Holmes, paying close attention, you will be baffled and amazed and surly entertained.” Steve Viero said of his time onstage assisting John Carney during a dollar bill magic trick.

John Carney brought several different people up on the stage. Our own THT photographer Steve Viero was brought up on stage to help with a magic trick that involved an envelope, some one dollar bills and Steve counting them out. Magically the number changed. It was astonishing because Steve said he watched him like an eagle and dollar bills were appearing out of no where.

The great thing about the Sierra Madre Playhouse is that every seat is a great seat, but the first few rows are the best seats for this magic show, get into the magic show, great participation from the audience and a great deal of applause.

His approach is smart, engaging, and often … hilarious.
Carney is widely acknowledged by his peers as one of the finest sleight of hand performers in the world, with awards and accolades worldwide. Hollywood’s Magic Castle has awarded Carney more awards than anyone in their history, as well as the Academy of Magical Arts prestigious Performing Masters Fellowship. 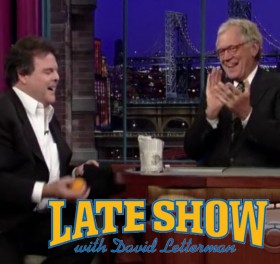 Television appearances include Late Show with David Letterman and the Jerry Seinfeld HBO Special. He has performed in theaters throughout the world, as well as casinos in Atlantic City, Lake Tahoe and Las Vegas.

He is an accomplished actor, with featured appearances on such TV shows as Spin City and Two and a Half Men, as well as numerous sketch comedy shows, plays, and theatrical productions. He has done a number of television commercials, including a stint as Spokesman for MasterCard, designing and performing dazzling visual effects for their national commercials.

He is a tireless creator of original material, and has shared many of his ideas, techniques and presentations in several books and instructional videos of advanced sleight of hand. He has lectured extensively throughout the world, and his books
Magic by Design, Carneycopia, and The Book of Secrets are considered modern classics in instruction of the art form. 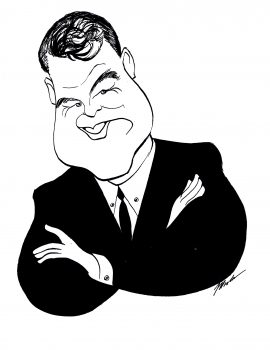 Carney embodies the state of his art, combining
exceptional skill and creativity … with pure entertainment.