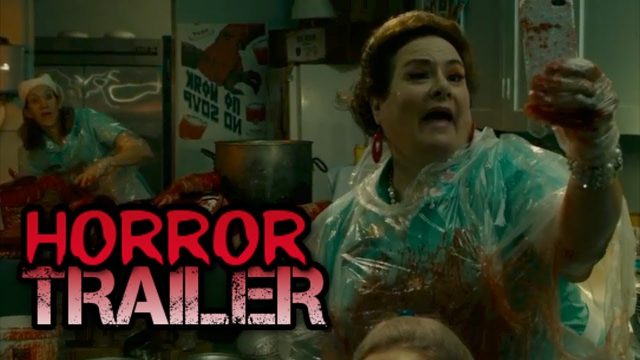 Two burnt out high school Lunch Ladies do whatever it bloody takes on their quest to become Johnny Depp’s Personal Chefs.

This film starts off with two middle aged women driving in a car. The driver, LouAnne, (Mary Manofsky), and Seretta in the passenger seat (Donna Pieroni) going through mail and discarding the ones not needed in the back seat. Then she proclaims, “It’s here!” She carefully opens the letter which states that they are the grand prize winner for submitting their Cheesy Burger recipe. They see they’re invited to a concert starring Johnny Depp and his band with an invitation to meet him afterwards. The only problem: *Airfare Not Included…

The two ladies are ecstatic and delighted by the fact that they finally can make something of themselves instead of the dull and dreary life they lead by being the Lunch Ladies for Melvin High School. Their lives as lunch ladies is nothing short of dull, boring and if they don’t produce the best lunch for “Surprise Friday”, the principal assured them that they will be: TERMINATED.

They are taunted by the students: food is thrown at them and they can do nothing but show them that they have a better life waiting for them with Johnny Depp. But there’s an annoying student. Alexis, a cheerleader (Daisy Kershaw) that irritates that hell out of them. Things go to hell in a handbasket when Alexis just keeps annoying Seretta and making her more and more angry. It isn’t until Seretta slips in the kitchen that her Johnny Depp T-Shirt is covered in slop. This is the point where Seretta loses it and goes after the cheerleader. 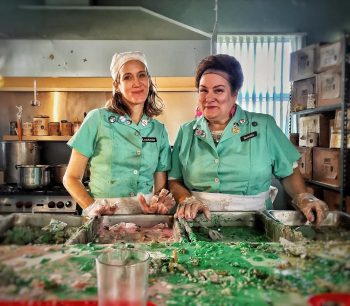 This is a wild ride into the comedy of horrors, so to speak that really takes your palette for a spin on a delightful lunch of a delectable bit of culinary legerdemain.

I loved this and it was truly fun to watch. It is a great short and I would love to see more from Clarissa Jacobson’s team!