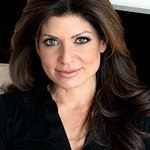 Tamsen Fadal, eight-time Emmy-winning PIX 11 News Anchor, will return to host the evening for the fourth consecutive year. The event benefits the vital programs and ongoing services for children and families at the Ackerman Institute for the Family.

“I support the Ackerman Institute for the Family because Ackerman therapists know that when one member of the family is in distress, all members of the family suffer.” says Tamsen Fadal. “Ackerman believes that family members who truly feel understood by each other develop a kind of resilience that allows them to cope effectively with the complexities of this turbulent world.”

“We are thrilled that Tamsen Fadal is returning to host our biggest fundraiser of the year,” says Lois Braverman, President & CEO, Ackerman Institute for the Family. “By generously giving of her time and talent to help lead our event to success speaks volumes about her commitment to family mental health. I am grateful to Tamsen for lending her support and celebrity in this way.”

Luis Alberto Urrea is the best-selling author of 17 books, including The Devil’s Highway and The Hummingbird’s Daughter. A finalist for the Pulitzer Prize and winner of a 2017 American Academy of Arts and Letters Award, Urrea has also won the Lannan Literary Award, the Pacific Rim Kiriyama Prize, an American Book Award, the Christopher Award and an Edgar Award. The Water Museum, a collection of short stories, was a finalist for the 2016 PEN/Faulkner award for fiction and his novel Into the Beautiful North is a current selection of the NEA’s Big Read program. His books have been selected by more than 60 different cities and colleges for community reads programs and he is much in demand as a speaker, lecturer and teacher. His newest novel, The House of Broken Angels, will be released by Little, Brown in March 2018. Born in Tijuana to a Mexican father and American mother, Urrea is most recognized as a border writer, though he says, “I am more interested in bridges, not walls.” He lives outside of Chicago and is a Distinguished Professor of creative writing at the University of Illinois-Chicago.

“We are elated that prolific author and speaker, Luis Alberto Urrea, has agreed to accept the Ackerman Institute’s Moving Families Forward Award for his ability to connect his own dual-cultural life narratives to explore the greater themes of love, loss, and triumph, relating to family and the immigration experience,” says Lois Braverman. “Luis is an exceptional writer with an uncanny ability to carry the story and uniqueness of each of his characters’ over-the-border story – whether recent or centuries old—and to bring along the values and beliefs that eventually survive in his characters and their family relationships. We all carry our family history and backgrounds, that’s what allows us to move forward, and that’s what Luis expresses in his writings so well. We are delighted to honor Luis this year.”

GenSpring Family Offices provides a service that is pro-active about bringing families together, who hold financially complex relationships, through thoughtful planning and strong core beliefs.

“We are delighted to honor GenSpring Family Offices for its understanding of the many complexities of family relationships in the context of financial management,” says Lois Braverman. “It recognizes that strengthening the non-financial facets of family interactions enhances family cohesion across generations, a core belief of the Ackerman Institute. GenSpring advisors possess the skills and deep understanding of family dynamics as they work with families from around the country. We are proud of our partnership and delighted to be able to honor Genspring in this way.”

Moving Families Forward Gala Co-Chairs are Greg Rogers and Deborah Werner, and serving as Honorary Chairs are Martha Fling and Alice K. Netter. This year’s Gala Planning Committee members are Vicky Kahn, Gisella Lemos and Leslie Roberts. They are supporters of the Ackerman Institute for the Family, and its work on behalf of the well-being of children and families of our communities. 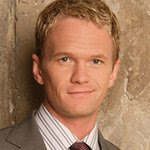 Neil Patrick Harris and the American Theatre Wing announced this week that they are partnering with Prizeo, the online platform that democratizes giving, to offer the chance for one lucky fan to join Harris on set of his Netflix Original Series “A Series Of Unfortunate Events” in Vancouver, BC, this fall.

Beginning today, Harris is inviting fans to visit prizeo.com/NPHand make a $10 donation to receive 100 entries for the grand-prize opportunity to join him in Vancouver this October, where they’ll meet on set of “A Series Of Unfortunate Events.” Roundtrip airfare and hotel accommodations for two are also included—a truly fortunate experience.

The special sweepstakes benefits the American Theatre Wing, celebrating its centennial this year by reaffirming its mission to ensure that the next generation is on stage, behind the scenes and in the audience.

“I am so proud to support my good friends at the American Theatre Wing,” says Neil Patrick Harris. “And I’m even more excited to have one ‘fortunate’ winner join me on set in Vancouver. Raising money for the Wing guarantees support for the next generation of theatre storytellers.”

“Having hosted four Tony Awards and winning one himself, Neil is the true definition of a show man. We are thrilled that he is able to join in support of the Wing for our Centennial, with this once-in-a-lifetime opportunity,” said Heather Hitchens, President of the American Theatre Wing.

“We are so excited to be partnering again with the American Theatre Wing, and now with Neil Patrick Harris” adds Jan Friedlander Svendsen, CMO of Charity Network. “After our successful Tony Awards campaign this Spring, we look forward to continuing to raise funds for this important organization—and one that is very near and dear to my heart as a Broadway fan.” 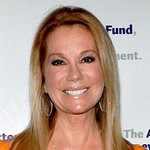 She will serve on the 32-member board for a three-year term.

Ms. Gifford is co-host of the fourth hour of TODAY alongside Hoda Kotb. A devoted humanitarian, she is a 3-time Emmy-winner, New York Times best-selling author, playwright, producer, singer, songwriter and actress.

Driven by technological and scientific breakthroughs and dedicated to pioneering effective therapies and treatments, AMC is recognized worldwide as a leader in providing compassionate and collaborative care and advancing veterinary medicine through novel research on naturally-occurring diseases and education.

Each year, AMC veterinarians handle nearly 50,000 patient visits and provide the most advanced treatments available in veterinary medicine today. AMC’s Intern and Residency programs are some of the most coveted positions within the veterinary community for specialty care training. Since inception, nearly 2,000 veterinarians have graduated from AMC’s education programs and are now practicing specialty medicine around the country and across the globe.

“As AMC continues to grow and looks to the future, we welcome Kathie Lee Gifford to our Board,” said Kathryn Coyne, AMC’s Chief Executive Officer. “By expanding our Board with members who align with our mission, AMC is assured of exceeding its strategic goals of bringing our organization to the next level of growth and becoming a valuable information resource for pet owners not only in New York but around the country.”

“We are fortunate to have Kathie Lee Gifford on the Board,” said Robert Liberman, AMC’s Chairman of the Board of Trustees. “She brings a new dynamic and perspective that will inspire our efforts going forward.” 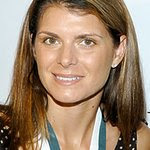 Giving Compass, the first-of-its-kind online portal aggregating information to help people to give with impact, is partnering with Mia Hamm to raise awareness in a social share campaign benefitting the Mia Hamm Foundation starting August 21, 2017.

In an effort to attract new visitors to www.givingcompass.org, Giving Compass is donating $5,000 to the Mia Hamm Foundation based on 1,000 or more pictures shared.

Celebrities, athletes, corporate citizens, and men and women across the US are encouraged to join the initiative, centered on Women’s Equality Day, August 26th by using the hashtag #WomensEqualityDay.

“As a mother of two girls, there is nothing more important to me than giving them the opportunity to have a level playing field,” says Mia Hamm, Soccer great and founder of the Mia Hamm Foundation. “Join our campaign in celebration of Women’s Equality Day.”

Giving Compass is committed to providing more resources to more good to help individual donors learn, connect and take action around areas of passion. “We are proud to partner with the Mia Hamm Foundation to kick off our social media outreach,” said Stephanie Gillis, Co-Founder of Giving Compass. “We want to demonstrate the power of giving with impact. Investing in women and girls has multiplier effects for families and communities – it’s a high-impact giving opportunity.”

In an alignment of mission, The Brave Collection has partnered with Giving Compass to promote the campaign to their social media following and influencer network. Brave Collection’s Compass Necklace was featured in the Rachel Zoe Box of Style in Summer 2017. The Compass necklaces are handmade in Cambodia by a local artisan to empower women across the globe.

Giving Compass collaborated with Cheerity, a Brooklyn-based mobile platform allowing anyone to instantly join the social media campaign to raise money and awareness by simply sharing a photo.

During the week of August 21st, Giving Compass will feature articles celebrating women written by guest contributors including Jessica Yee, Founder of The Brave Collection and others. Visit www.givingcompass.org for more information.

Debra Messing keeps herself busy making a positive impact on the world. Aside from her film and television career and responsibilities as a mother, she takes time to act as Global Ambassador of YouthAIDS, a program run by (PSI), and is an Honorary Ambassador for Everyone Matters, a campaign that encourages people to be more accepting of each other, and let judgemental behavior become a thing of our past.

She is also a supporter of The Joyful Heart Foundation, for which she has participated in the NO MORE campaign. The American actress has also filmed a PSA for STOMP Out Bullying’s Blue Shirt Day.

In 2004, Messing was given the Trevor Life Award by The Trevor Project for her public support and acceptance of the LGBT community, and in 2007, Messing designed and signed a pair of shoes for the Stuart Weitzman charity shoe auction benefiting ovarian cancer awareness and research.

Founded in 1987, Conservation International aims to conserve the Earth’s living heritage, our global biodiversity and demonstrate that human societies are able to live harmoniously with nature.

Harrison Ford served as a board member and vice chairman.

One of the world’s leading environmental research groups, Conservation International provides a fund for scientists in 30 countries to identify and overcome biodiversity threats. It focuses its efforts on tropical wilderness areas, marine areas, and major wetlands, and since its inception has donated over $100 million to conservation partners around the world.