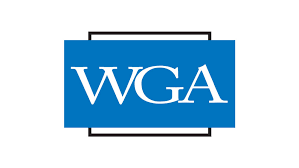 As Black Americans, professional screenwriters, and members of the Writers Guild of America West (WGAW) Committee of Black Writers (CBW), we are grieving, we are angry, and we are unapologetically demanding systemic change. We read your statements on your commitment to Black lives and have been compelled by passion and duty as your peers to respond. We join you in conversation on how we can continue to hold our union
and industry accountable to these stated commitments to Black writers specifically, and to racial equity in Hollywood in general. It is not just the future of our industry or our livelihood as writers, but our very lives as Black Americans that depend upon you listening thoughtfully and intentionally to what we have to say in response.

America is currently facing what can only be described as a reckoning. As a nation, we have been remarkably underprepared in our response to the COVID-19 pandemic; it has left millions unemployed and uninsured, claimed over 113,000 American lives to date, and—due to systemic barriers to healthcare and rampant anti-blackness in the medical field—been twice as deadly for Black Americans compared to white, Latinx, and Asian Americans. This pandemic has been a somber backdrop for recent protests honoring George Floyd, Breonna Taylor, Ahmaud Arbery, and other Black people murdered in this country by state-sanctioned violence and racist discrimination. Coupled together, these
murders and the impact of COVID-19 have intensified cries for accountability from law enforcement, government officials, individual perpetrators of anti-black violence, and all
US American systems and industries that have historically perpetuated structural racism worldwide. On the cusp of a paradigm shift, many brands and organizations are facing their
“make-or-break” moments: either they are for Black lives or they are not.

For the entertainment industry, Netflix led the charge by sharing its “duty to [its] Black members, employees, creators, and talent to speak up,” declaring that, “[to] be silent is to be complicit,” and closing with the familiar call, “Black lives matter.” Many others followed suit, including Hulu, HBO, CBS, Starz, Warner Bros. TV, FX, A24, and the unions. This was a necessary and, honestly, long overdue step in being accountable to Black artists and
employees in Hollywood. Your statements signal your acknowledgment of your public duty to interrogate the entertainment industry’s role in perpetuating racism, both in front of and behind the camera. As your Black peers in this industry, we intend to base the validity of your statements on how you confront your racist history and honor your commitments
to actively replace your racist systems with radically inclusive ones.

Consider your reign, beginning in 1915, when your first blockbuster film, The Birth of a Nation (originally called The Clansman), revolutionized contemporary cinema. Co-written
by two white men, the film validated violently racist stereotypes of Black people (white actors in blackface) and revived the Ku Klux Klan, which murders Black people and terrorizes our communities to this day. The Birth of a Nation would make today’s equivalent of $1.8 billion in its first few years, and it is still heralded as one of the greatest films of all time. It legitimized Hollywood as the leader of the global entertainment industry, setting into motion your storytelling practices of either exploiting and villainizing Black peoples’ experiences for profit’s sake, or completely excluding us from your stories altogether.

In the century since The Birth of a Nation’s release, Black people have endured generations of systemic oppression, from Jim Crow-era segregation, over-policing, redlining, lack of access to quality education, and bank loan discrimination, to disproportionate rates of unemployment, poverty, homelessness, and incarceration. You were there the entire time, denying us equal representation on your sets and in your studios while perpetuating dehumanizing stereotypes about us in movies and mis-telling our stories to the world. As Black Americans, we cannot afford to deny how these racist histories have served to mischaracterize us as people, marked our experiences, and impacted how we are
perceived and represented at work and around the world. As writers, we recall the barriers to merely getting to Hollywood. Since Black families’ net worth is ten times less than white
families, many of us can’t afford to go to film school and are thus critically underprepared to enter the industry. Despite white writers and executives proving that you don’t need a
formal film school education to create successful movies, agencies and studios have pushed for degree requirements just to secure entry-level Hollywood positions. Those of us who do go to film school often can’t afford to take an unpaid internship or work a low-wage job as an assistant or in a mailroom—both great ways to break into the industry, but not a realistic way to survive in Los Angeles.

We Black writers who have “made it” in Hollywood have still been denied jobs at all levels, passed over for opportunities we were qualified for, rejected from writers’ rooms because
of a “lack of experience,” unsupported when seeking to create content specifically for Black audiences, critically underpaid and mistreated compared to white counterparts, and historically ignored during awards season. As potential employers, you will refuse to hire us based on the assumption that we can’t help tell “mainstream” stories, and at the same time, hire a white writer to tell a narrative about Black people. Basically, Black writers have
been critically underrepresented in this industry at the expense of consistently authentic and diverse storytelling. Since your inception, you have been committed to disregarding
the depth and value we bring to your studios, companies, and productions.

In 2015, a full century after The Birth of a Nation, the criticism that came with #OscarsSoWhite finally set off an industry trend toward implementing DEI-oriented practices. However, the WGAW 2020 Inclusion Report found that “systemic discrimination
against writers from underrepresented groups remains pervasive,” and white male writers still got 80% of all film jobs in 2019 while Black writers only got 5.6% of writing jobs, according to UCLA’s 2020 Hollywood Diversity Report. Some have tried to blame this on a shortage of Black writers, yet there are at least 808 self-identified Black writers in the Guild; we have been here, ready to work.

We need to revolutionize the way our industry hires writers. When companies and studios claim to champion diversity but refuse to prioritize hiring Black writers for a writers’ room or to contribute to Black narratives, you are perpetuating a system that either exploits or excludes Black experience and perspective. Not only are you discounting the impact of Black voices to authenticate the narrative you’re putting into the world, but you’re telling
us, your peers, that our input is not important or valuable to the work this industry produces. Studios must abolish the practice of only hiring writers from very exclusive lists.

If you only hire other white people you know, you are enabling the spread of unconscious bias and racial inequity in Hollywood. If you don’t know any Black writers, expand your circle. Your unwillingness to know and work with Black people is part of your
unwillingness to humanize us as your equals. This mentality may be subtle in one context, and have the potential to be fatal for us in the next.

We want to believe your statements imply a new dedication to undoing this damage and repairing the trust between Hollywood and Black writers. The entertainment industry needs to implement “forward-looking project development and staffing practices,” including “attracting, developing, mentoring, hiring, and retaining the next generations of diverse writers, directors, producers and executives, at all levels” (UCLA). We also
challenge you to partner with schools to create programming that educates and prepares Black people and people of color for a career in Hollywood.

As Black screenwriters and union members, we joined this industry because of our passion to connect with others by sharing our narratives, perspectives, and experiences. Now, we
want white Hollywood to play an active role in creating new industry systems that connect us to the access, opportunities, and compensation we have worked hard for and deserve
so that we can feel secure enough to continue to help push this industry forward. We’re demanding our many and well-earned seats at the table, and we insist on being treated
with the respect and dignity we deserve. Our ancestors pre-paid our costs when they built the wealth of this country with their very lives.

Hollywood, what you do next is paramount. As the most powerful entertainment industry in the world, we challenge you, the powers that be, those individuals with unmistakable
privilege, the elite executives who gave the ok on those statements, to begin instituting real systemic change. Basically, either you commit to a new, institutionalized system of
accountability with and to Black writers, or you prove that you’re putting on just another strategic, virtue-signaling performance deemed necessary to survive the times. But you won’t be able to survive without the radical inclusion of Black writers and artists on your sets and in your studios.

We, the Committee of Black Writers of the WGAW, are willing to do our part to continue to bring diverse, dynamic, and authentic storytelling to the rest of the world. When you need us (and you will need us), you now know where to find us.

Have your people call our people.
In solidarity and power,

The WGAW Committee of Black Writers’ mission is to empower, increase visibility, and create career and networking opportunities for Black writers in Hollywood.