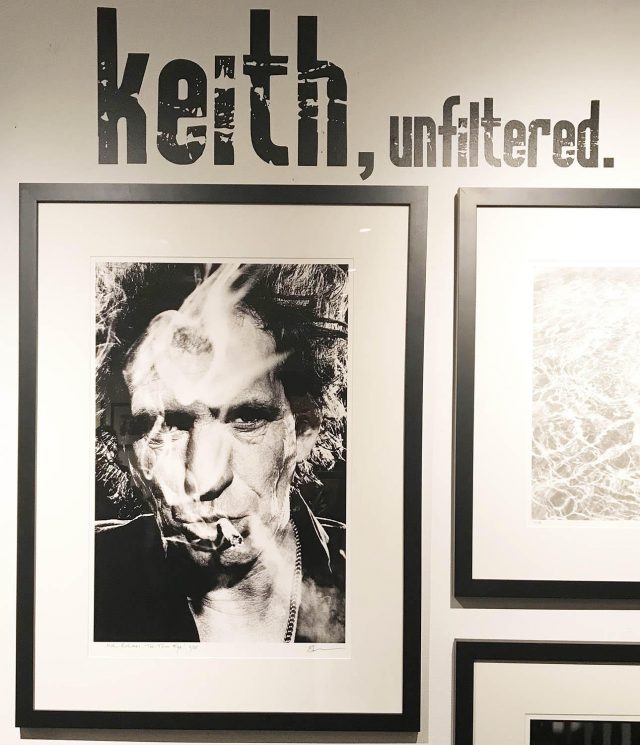 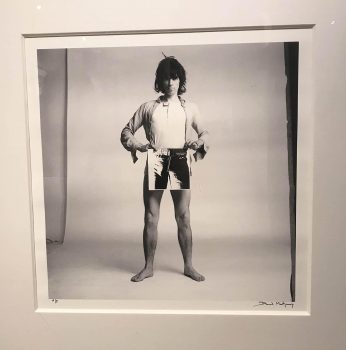 West Hollywood, CA (The Hollywood Times) 5/27/19 – I attended a wonderful photography exhibit along with 100s of other lovers of Rock N Roll photography at the Morrison Hotel Gallery. It was a celebration of the life and career of Keith Richards of The Rolling Stones.
Keith is one of the greatest guitarists of all time and also one of the most influential. I have been lucky to photograph him on two Expensive Winos tours and several Rolling Stones tours. 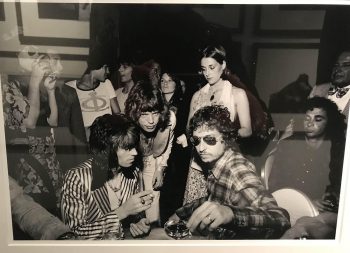 Many of the photos in the exhibit I had never seen before. Some of course are truly legendary photographs we’ve see everywhere over the past 60 years. Some of the photographers whose work is featured include: Norman Seeff, David Montgomery, Michael Cooper, Stephanie Pfriender Stylander, Lynn
Goldsmith, Bob Gruen, Ethan Russell, and Gered Mankowitz. Photographers Henry Diltz, and Timothy White were in attendance.
The great graphic designer Ernie Cefalu was there. Ernie is best known for designing The Rolling Stones tongue logo. Music was provided by DJ Bart Davenport. I also ran into Chris Vranian, John Hartmann, Carmen Vandenberg, and Sirius Trixon. 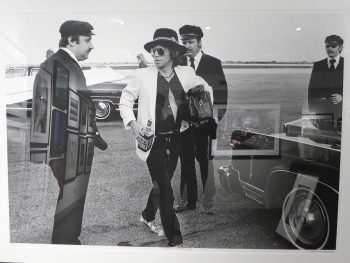 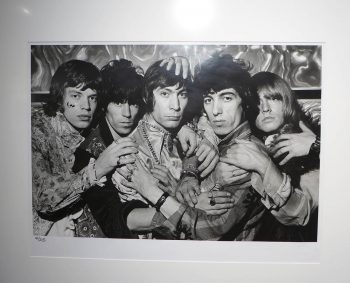 Catch the exhibit if you can and catch Keith and The Rolling Stones on tour this summer at a venue near you.
https://www.rollingstones.com/
http://jimmysteinfeldt.com/