Burbank, Calif. – Jan. 4, 2017 – KCETLink Media Group, a leading national independent nonprofit public broadcast and digital network, is proud to kick off the New Year with the U.S. broadcast premiere of GRAND HOTEL. Produced by Bambu Producciones, Spain’s Antena 3 and distributed by Beta Film, all three seasons of the Spanish series (39 episodes in total) will be aired with English subtitles. KCET, the nation’s largest independent public television station, will premiere the series on Sun., Jan. 28 at 10 p.m. on KCET in Southern California with an encore immediately following as well as Wednesday nights at 11 p.m. 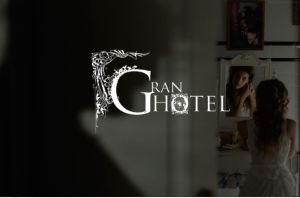 Meanwhile, Link TV, available nationwide to all subscribers of Dish Network (channel 9410) and DirecTV (channel 375), will premiere the series on Mon., Jan. 29 at 9 p.m. ET/PT. 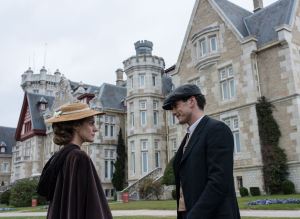 Dubbed the Spanish “Downton Abbey” by critics, this period series takes place in 1905 and draws viewers into a world of wealth, grandeur and shocking secrets. When the head chambermaid goes missing from the luxurious Grand Hotel, an idyllic place in the middle of the countryside, her brother arrives to learn the truth about her mysterious disappearance. His search leads him beyond the hotel’s perfect exterior and through doors that were meant to be shut forever. What he does not know is that his greatest love is about to cross his way: the beautiful daughter of the owner of the hotel and the fiancée of its director. 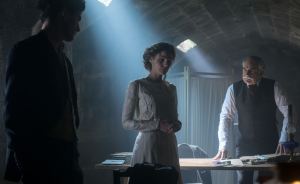 Featuring an all-star cast of notable Spanish actors that include Yon González, Amaia Salamanca and Adriana Ozores, the compelling and suspenseful Spanish story of a family-owned hotel is the scene to love, blackmail, jealousies, crime, comedy, plots, counter-plots involving the owners, customers, detectives and its residential employees.

In the premiere episode “La Doncella en el Estanque” (The Maiden in the Pond), Julio Olmedo travels to the Grand Hotel to visit his sister who works there as a maid. He discovers that she is missing and begins investigating her disappearance, going undercover to get a job at the hotel via an assumed identity. 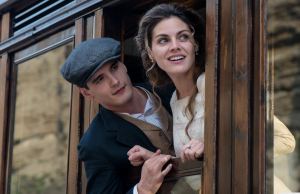 Actress, director and producer Eva Longoria is developing an American version of the series for ABC and ABC Studios with Desperate Housewives writer Brian Tanen.

Join the conversation on social media using #GrandHotel and #GranHotel

KCETLink Media Group is a national independent, nonprofit, digital and broadcast network that provides high-quality, culturally diverse programming designed to engage the public in innovative, entertaining and transformative ways. With a commitment to independent perspectives, smart global entertainment, local communities, and opportunities for engagement and social action, KCETLink depicts people and the world through a lens unavailable elsewhere in U.S. media. A viewer-supported 501(c)(3) organization, KCETLink content is distributed nationally via satellite on Link TV DIRECTV channel 375 and DISH Network channel 9410 and on KCET in Southern and Central California via broadcast and cable, as well as through various digital delivery systems. For additional information about KCET and Link TV productions, web-exclusive content, programming schedules and community events, please visit kcet.org or linktv.org. Select programming from KCET and Link TV is also available for streaming on Amazon Video, Apple TV and Roku platforms.