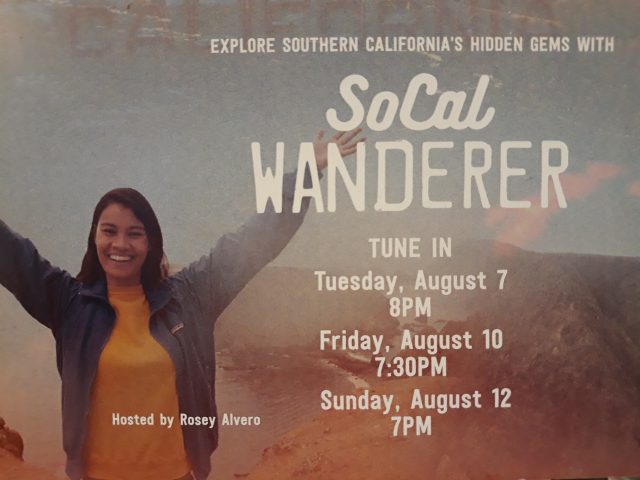 Burbank, CA (The Hollywood Times) 8/10/2018 – “Basically we hope that we inspire you all to get outside with people, experience new food and adventure in a place that we are all privileged to call home here in Southern California.”

Rosey Alvero, SoCal Wanderer Host told the audience for the premiere screening of “SoCal Wanderer” at REI in Burbank on Tuesday, August 7, 2018.

“We started a blog maybe five or six years ago and it became one of the most popular blogs from KCET.”

“Sandi is the mastermind behind that blog. How fun it is to get lost and wonder in Southern California.  We have some of the most beautiful places to go, get lost, visit and learn about history and communities.” 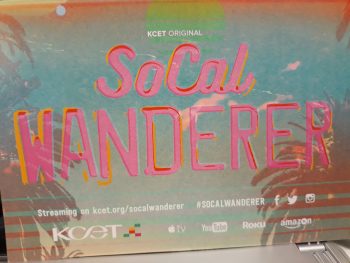 “SoCal Wanderer is just a gem and the digital editors came to me saying they wanted to do some video and to a show based on SoCal Wanderer and make an attempt to venture again to this Huell Howser show. It’s impossible to replace Huell Howser as you all know and that is why we haven’t done a show like it in so many years.

“If we are really going to do this, we have to think real hard about how we are going to approach this. Who is going to take us on this journey, right? We needed to find somebody who represented the face of new California.  So after a few hundred plus additions, we saw this woman, Rosie Alvero on this audition tape doing this crazy karate thing and said ‘how fun it that.’ This woman in the new face of KCET SoCal Wanderer.”  KCET Chief Creative Officer Juan Devis told the audience of the screening of SoCal Wonderer.

The 30-minute film was greatly directed and the video photography was amazing. Beautiful scenery from the ocean to the mainland in Venture and Ojai to ending the night seeing the moon via a huge telescope at an observatory.

Don’t miss out see it tonight and again tomorrow:

Check out the trailer for it here:   https://www.kcet.org/shows/socal-wanderer

THT: How did you feel being part of this live screening of your new show, SoCal Wanderer?

Rosey Alvero: “It was so exciting and to have seen so many people here.  We thought after picking out this room we weren’t sure if we could fill it and so many people came. To see it on the big screen was so exciting, right? The final cut was great to watch with friends, family and invited guest. I hope everyone watches it.”

An audience member said congratulations on the new show and asked if they used drones or a helicopter to get the amazing shots on the show?

Director Zoe Buck said “the Natural Parks were so helpful in getting us film that they had filmed previously using helicopters. The shots were so incredible. We did use some drones in some of the footage seen tonight, like in Ojai.”

Rosey Alvero discussed how much fun she truly had at the observatory and that she got to see Jupiter and that everyone should go to an observatory to see the moon from a big professional telescope.

Writer Sandi Hemmerlein told us all about so many ideas she has had on her blog and that there will be a great deal of stories and places to go in Southern California to make many episodes of SoCal Wanderer. So spread the word to our friends and family to watch the show to keep the show rolling to learn more about California and SoCal.

KCET puts out many great shows and this is going to be yet another great show that will continue forward. It shows us all the diversity of this great state that we all love to live in and others Desire to live in.

Sandi spoke about what she had been writing about the blog and how it started five or six years ago. “That it was a very outdoor type of blog, like a magazine style. The person that was first running it left to go onto another production adventure and they were looking for freelances, so I came in and started pitching ideas that we a little crazy that came from my left to center perspective. The first article I wrote did so well that my editor at the time, you should start doing these like once a week. The contact delivered.”

Sandi told us all she is on an adventure to visiting Alpaca farms, because there are many in SoCal. She also talked about succulents, like cactus and how to get your succulent on and she could not even believe it got published. This is how she gets her stories for the blog.

Everytable provided the food for the premiere screening and it was delicious!