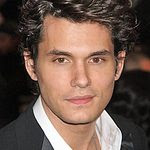 The Jazz Foundation of America presents the 15th annual A Great Night In Harlem concert.

For 27 years, the Jazz Foundation of America has been keeping jazz & blues alive by helping the musicians who played with everyone from Duke Ellington & Billie Holiday to Jimi Hendrix & The Rolling Stones. They now assist in more than 7,000 cases a year nationwide.

The 15th annual A Great Night In Harlem will transport you with thrilling moments of music and real life stories of musicians saved by JFA.

The concert will feature Dr. John, recipient of the Hank Jones Award, as well as special appearances by The John Mayer Trio, Bruce Willis, Robert Randolph, Robert Cray and more…

Attendees also had a chance to participate in a group workout with Ron “Boss” Everline, Kevin Hart’s personal trainer; got nutritional tips from young celebrity chef Haile Thomas; and earned prizes for participating in activities. There were plenty of healthy eats and beverages from Juice Press. Attendees also joined Rally partner DiamondBack to help build bicycles that will be donated to Madison Square Boys and Girls Club.

“Kevin Hart is the ultimate motivator inspiring people to take charge of their health,”said Grant Verstandig, Rally Health founder and CEO. “As our Health Ambassador, Kevin has spoken directly with thousands of people at our HealthFests — most recently in Los Angeles — to help them learn steps they can take to adopt a healthier lifestyle.”

Said Hart, “I’m passionate about health and fitness and really love meeting the awesome people who come out to our Rally HealthFests to renew, or make a brand new commitment to their own health and fitness. That’s powerful stuff. I want New Yorkers to know that taking even the smallest steps can make a big difference in their health, and we’re here to help.”

Concert goers at a Bryan Adams show in Canterbury, UK, came together in a very unique way on Saturday night!

The audience and the band raised approximately £10,000 for a 16 year old girl, Kelly Turner, who is suffering from a rare form of cancer. With the help of security personnel the bin made the rounds, not once but twice as fans responded to the spontaneous gesture from the Canadian rock star.

Kelly who was diagnosed with Desmoplastic small cell tumor last fall, attended the concert with her parents, and met Adams just ahead of the show.

She is raising money to seek treatment in New York at Memorial Sloan Kettering, where the cost of the operation and adjunct therapy is expected to cost £1,000,000.00.

As Adams noted from the stage, “They have raised £100,000 so far, but they need to raise a lot more. So if you give as much as you can, that’s all I’m asking. This next song is dedicated not only to her and her family, but to all of you and your generosity tonight.”

With that he sang “Everything I Do (I Do It For You)”, which August 5th retained its status as the longest running #1 song in the UK, when fellow Canadian Justin Bieber edged out Drake who was one week shy of tying Adams’ longstanding record.

The ad shows the Los Angeles native kicking a ball on the field with her adorable rescued pup, Morena, next to the words, “Put Your Best Foot Forward” and “Adopt! Don’t Shop.”

In an exclusive interview with PETA, the Chicago Red Stars forward, who represented the U.S. in the 2015 FIFA Women’s World Cup, shares how adopting her two dogs has changed her life. “They’re so special … [a]nd it’s just brought our family so close,” she says. “[T]his was an opportunity we had to change the life course of these animals, and in the end, they ended up saving us.”

As noted by PETA — whose motto reads, in part, that “animals are not ours to abuse in any way” — 6 to 8 million dogs and cats enter animal shelters every year in the U.S. and half of them have to be euthanized simply because there aren’t enough good homes. That’s why Christen and PETA are asking caring people to adopt companions from local animal shelters and never buy them from pet stores or breeders, which add to the homeless-animal crisis.

Usain Bolt, Jamaica’s Olympic champion and “the fastest man in the world” has signed on to UN Women’s HeForShe Campaign.

Usain Bolt, an icon for track and field athletics, who has established himself as the greatest sprinter of all-time, brings to the forefront of his global audience the issue of gender equality and ending violence against women and girls.

The national launch of the HeForShe Campaign in Jamaica is a collaborative event with partners, the United States Embassy to Jamaica, Respect Jamaica, UN Women Multi-Country Office in the Caribbean, Digicel Jamaica, the High Commission of Canada, the British High Commission and the European Union Delegation to Jamaica.

The Jamaica campaign is marked by high-level public commitments by the Minister of Gender Affairs, Olivia “Babsy” Grange, Jamaican and international recording artistes, such as Beenie Man and Omi, and Jamaican activists Michael Abrahams, Owen “Blakka” Ellis and Mutabaruka.

Minister Olivia Grange commended the partnership between the U.S. Embassy in Jamaica, UN Women and her Ministry: “This campaign is an initiative which intends to reframe gender equality, from that of a women’s issue, to an issue which requires the full participation of both women and men. I believe that this approach is beneficial to all of society — socially, politically and economically.”

Representative for the UN Women Multi-Country Office in the Caribbean, Christine Arab said the active participation of strong partners is central to the success of the campaign: “Given the crucial role of men and boys as advocates and agents of change, HeForShe provides a platform for men to self-identify with issues of gender equality and its benefits, which liberate not only women, but also men, from prescribed social roles and gender stereotypes. We congratulate Jamaica on an impressive list of HeForShe Champions representing the voices of the nation and with the ability to reach all corners of the island,” Ms. Arab added.

“The United States Embassy in Kingston is proud to announce its support for the campaign,” said US Ambassador Luis G. Moreno. He urged all Jamaicans and those who support Jamaica to take the HeForShe Pledge and “stand together to create a bold, visible force for gender equality.”

Canadian High Commissioner Sylvain Fabi is thrilled with the campaign. He noted “Our Prime Minister has made it very clear that in this day and age women must be treated as equals. Research demonstrates the critical role woman play and the positive impact they have on development, the economy and the family. It is imperative that everyone, women and men, support the goal of equality.”

“The UK is committed to eliminating discrimination, poverty and violence against the women of the world, ” said British High Commissioner David Fitton. “In Jamaica, our High Commission has supported several initiatives aimed at building the capacity of the government and civil society to tackle issues surrounding women’s rights. Our hope is that this campaign can further help to increase the power of girls and women to control the decisions that affect them.”

“We promote gender equality and women’s empowerment as a constant EU priority,” said José Luis Martínez, Chargé d’Affaires of the European Union Delegation in Jamaica. “We are delighted to be part of this effort to raise awareness about violence against women and girls and encourage all Jamaicans to be part of the change.”

In 2014, UN Women’s Executive Director Phumzile Mlambo-Ngcuka launched the HeforShe Campaign. HeForShe is a solidarity movement for gender equality developed by UN Women. HeForShe calls on men and boys to work together with women and girls to end gender-based discrimination, and within that, the most egregious violation — gender-based violence. By aligning with the HeForShe campaign men and boys will signal their commitment to working to realize gender equality in their homes, schools, workplace, communities, places of worship and fields of play — ultimately in all of their social spaces.

Over 1.3 million people globally have committed to HeForShe. Usain Bolt’s commitment and the leading HeForShe ambassadors’ participation is a lead-up to the official launch of the campaign at the end of this month. Please visit www.heforshe.org and show your commitment to the campaign illustrating Jamaica on the world-stage.