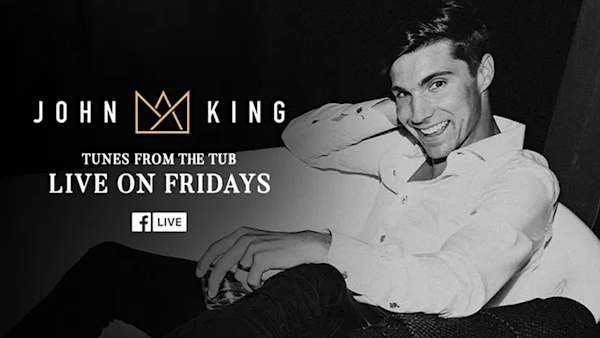 The following is a press release from Evolution PR:

Los Angeles, CA, (The Hollywood Times) 5/3/2020–Nashville, TN – Rising country star and hit songwriter John King is using this time of social distancing to renew his connection with old fans and make new ones. Over the past couple of weeks, King has partnered with Wrangler for their “Can’t Stop Country” Facebook series (4/7) and brought his own “Tunes from the Tub” series to Airstream fans via Facebook and Instagram takeovers (4/17) as part of their “Flamingo Fridays” series.

King’s “Tunes from The Tub” series will be partnering with SeaRay (5/1) and Harley Davidson (5/8) as well. All performances are at 5 PM CT.

In addition to spreading joy and encouragement through his online engagement, King spent last Friday on a “virtual tour” of Seacrest Studios where he entertained and interacted with hospitalized children in Nashville, Washington D.C., Charlotte, and Boston.

“It’s been such a blessing having the technology to stay in touch with fans during this time and to have so many amazing brand partners that support me. The virtual visits with the kids at Seacrest Studios absolutely made my year… It brought me so much joy to see their courage” King said.