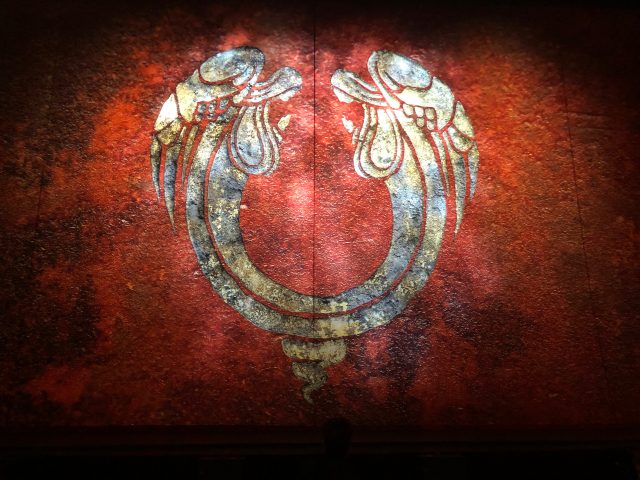 Hollywood, California (The Hollywood Times) 10/31/19 – Even before the show begins, as you enter the legendary theatre at the heart of Hollywood and take your seats, there is a palpable excitement in the air. The audience is buzzing like bees that have just discovered the Garden of Eden. They anxiously await the rise of the curtain, so that they can feast on the blossoms of an eternal tale. As directed by Timothy Sheader and choreographed by Drew McOnie, the 50th Anniversary Revival of the Andrew Lloyd Webber and Tim Rice spectacle of history and music does not disappoint. Indeed, the sweetness of the production is the energy and diversity of a passionate ensemble.

First of all, as an actor, if you want to be in the cast of “Jesus Christ Superstar,” you better get in shape and start doing tons of aerobic exercises. The dynamic energy of the show’s choreography balances youthful vitality with undeniable precision. Indeed, the dancing and the singing of the cast mirrors the excitement of the disciples discovering their Savior. There is no question that that special moment is happening on stage.

When it comes to the singing, “Jesus Christ Superstar” is a product of Andrew Lloyd Webber’s belief in the “nonstop” musical with no dialogue in between. Beyond the Tim Rice lyrics where the songs allow Judas (James Delisco Beeks) and Mary (Jenna Rubbaii) to debate the mission and the ultimate fate of Jesus (Aaron LaVigne), there is no dialogue. Everything is conveyed through song, and the performances come uninterrupted.

As an ensemble, the actors provide an overall terrific and electrifying experience. In terms of the acting, however, the three leads are not always up to the task at hand. The best of the three is James Delisco Beeks as Judas. His consternation regarding Jesus and his mission shines through in both voice and expression. In contrast, Jenna Rubbaii falls a bit flat as Mary Magdalene. Although she possesses a capable voice, she does not convey the emotional depth and range needed for the part.

Perhaps the most up-and-down performance is by Aaron LaVigne as Jesus. In the first half of the musical, he comes across as a petulant Millennial. It feels like he has just been thrown out of a boy band and doesn’t get why the world fails to recognize his genius. What is lacking at this point is the spirituality of the man and the beauty of the message. Later, however, in the second half of the play, Aaron LaVigne redeems himself, beginning with his big solo in Gethsemane with a guitar in hand. The fervent desperation of this song takes the musical to its highest point, opening the door for the penetrating darkness of the cross.

Beyond the leads, the supporting cast shines for the most part. Throughout the musical, Caiaphas (Alvin Crawford) and Annas (Tyce Green) steal every scene they are in with vivid, dramatic performances. Alvin Crawford’s booming voice is balanced perfectly by the emotive stylings of Tyce Green. Each menacing song they sing, each threat to Jesus and his disciples underscores Andrew Lloyd Webber’s creative presence. Together, they dominate the stage, delivering the drama full steam ahead.

As Herod, Paul Louis Lessard embraces with ardor his Cabaret-like moment on the stage. Indeed, it almost feels like he stepped forth from a screening of Bob Fosse’s classic film, traveling through a time portal to the King’s palace in the first century. Such a campy and fun interlude allows the audience to take a breath after Gethsemane, enjoying a comic romp before the massive cross takes over and the Savior sacrificed.

Overall, the rest of the talented ensemble keeps the narrative driving forward with the sound and fury of a truly great musical. Perhaps the most resonant note in this day and age is their overall diversity. A multitude of genders, ethnicities, and orientations take the stage. Such diversity reflects not only first-century Palestine but the beating and beautiful heart of 21st century America. By the end, the happy audience continues to buzz as it filters out of the Pantages Theatre and into the chaos of wandering tourists and lost homeless souls that is Hollywood.