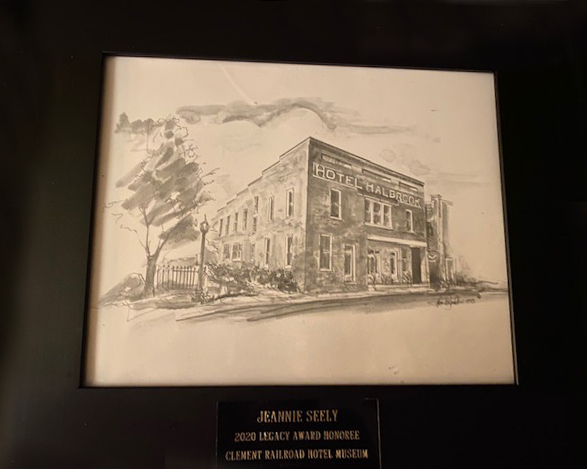 NASHVILLE, TN. – (October 23, 2020) – Grammy winning songwriter and 53 year member of the Grand Ole Opry, Jeannie Seely is a recipient of the 2020 Legacy Award by The Clement Railroad Hotel Museum. The purpose of the Legacy Award is to honor individuals who possess leadership qualities in the areas of integrity, mentorship, and their life’s work has touched the lives of others in a significant way. Jeannie Seely has been a mentor and a trailblazer for countless young women through the years who dreamed of a career in country music. She has been a powerful role model and used her voice to support young artists, especially women, and has used her success to help others succeed.

The noted Tennessee State Historical Site, is celebrating the 100th Birthday Celebration of former Governor Frank G. Clement with a virtual fundraiser during a Fourth Annual Legacy event. Additional 2020 Legacy Award honorees include  U.S. Senator Lamar Alexander and Craig Morgan in recognition of their contributions to the State of Tennessee and worldwide. The October 25 celebration will begin at 2 pm CDT on the museum Facebook page www.facebook.com/crhmdickson.

“It was a pleasure for me to speak at this event last year and to congratulate Ray Stevens and Ralph Emery as they received this Legacy Award.  I was made aware even more of the legacy left by Governor Frank Clement and his many contributions to our country,” shared Jeannie Seely. “This museum is an amazing treasure for our community to preserve his history.  I am truly honored to receive this award and I appreciate the opportunity to share in this worthwhile project.”

“We are elated to celebrate my father, Governor Frank G. Clement’s, 100th birthday and as a special part of the celebration the Clement Railroad Hotel Museum we are honored to present Jeannie Seely, U.S. Senator Lamar Alexander and Craig Morgan with Legacy Awards for their various contributions over the years,” exclaimed Bob Clement.

Donations to the museum up to $25,000 will be matched by a challenge gift to double the tax exempt investment used to continue the historic and educational programming and endowment at the Clement Railroad Hotel Museum. Checks can be made payable to The Clement Railroad Museum and mailed to 100 Frank Clement Place, Dickson, TN 37055. New this year is the implementation of donations via the Venmo App  @Clement-Museum with your donation, as well as PayPal or Credit Card from the museum website. More information is available on the website at https://clementrailroadmuseum.org/

Special appearances will be made by Governor Bill Lee, Congressman Jim Cooper, Representative Michael Curcio, Dr. Joe Johnson, former President of the University of Tennessee, Dr. Roy Nicks, Commissioner and Bobby Cain (first African American student integrated in the South a Clinton High School in Tennessee in 1956) along with other special guests. 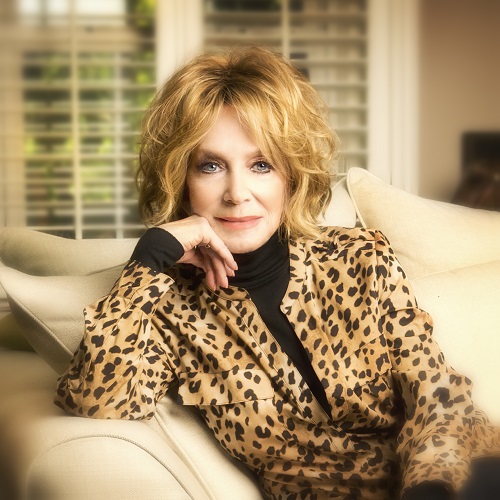 Jeannie Seely celebrated 53 years as a member of the Grand Ole Opry on Sept 16, 2020. Her current album, An American Classic, was released by Curb Records and produced by Don Cusic. The album includes collaborations with Bill Anderson, Rhonda Vincent, Steve Wariner, Lorrie Morgan, The Whites, Vince Gill and more. The project includes her duet with Willie Nelson, “Not A Dry Eye In The House”, was released as a single on her 80th birthday, July 6, 2020. She was honored by Lincoln Memorial University during its Fall Commencement exercises on December 14, 2019 in Tex Turner Arena where she received an honorary Doctor of Arts degree. June 21, 2019 Ms. Jeannie Seely, was honored and recognized for her contributions to the entertainment industry by the Donelson-Hermitage Chamber of Commerce Women in Business. Announced by country music icon and friend, Willie Nelson, The Standing Ovation Award was presented to Ms. Seely at the inaugural Influencing Women Awards Gala.

Country music legend Jeannie Seely has achieved chart topping songs as a solo artist, as a duet partner, and as a songwriter. From her 1966 Top 10 Billboard album “The Seely Style” to her most recent self–produced album, “Written In Song,” a CD project with 14 tracks all co-written or self-penned by Seely and recorded by Country Music Hall of Famers and Country music legends; Ernest Tubb, Dottie West, Willie Nelson, Merle Haggard, Faron Young, Jack Greene, Little Jimmy Dickens, Chris LeDoux, Ray Price and more. Jeannie’s recordings have spanned six decades and provided enjoyment to country music fans all around the world. Many of the songs were recorded by Hall of Fame members. Jeannie earned a Grammy for her recording of “Don’t Touch Me” in 1967. Seely is a weekly on-air host on SiriusXM Willie’s Roadhouse, where she shares personal memories and fun stories about the songs she spins. 2018 Seely was honored to receive recognition and a star on the famed Music City Walk of Fame and recognized for ranking #2 in Billboard’s Top TV Songs Chart for January 2018 for her song “Anyone Who Knows What Love Is (Will Understand),” written in 1964 and recorded by Irma Thomas. The song is the trailer theme song for new Jurassic World: Fallen Kingdom, many acclaimed music artists recorded their own versions, including Seal and Boyz II Men and it has been featured in numerous episodes of the science fiction anthology Netflix television series Black Mirror.

Early in her career, Jeannie’s deeply moving vocals earned her the nickname of “Miss Country Soul”– a title that’s still used today. Jeannie’s biggest dream came true when she was inducted as a member of the world-famous Grand Ole Opry, becoming the first Pennsylvania native to do so. A country music legend and trailblazer, her perseverance over many years earned Seely the honor of being the first female to regularly host segments of the weekly Opry and is credited for changing the image of Opry by being the first to wear a mini-skirt on the Opry stage. Jeannie works tirelessly behind the scenes in the music industry on behalf of fellow artists and musicians. Known for her quick wit and humor, she documented some of her “sayings” in her book, Pieces Of A Puzzled Mind, which is a unique collection of witticisms. Jeannie Seely has also starred in several major stage productions.  In his 2003 book “Finding Her Voice: Women In Country Music,” music critic Robert K. Oermann wrote, “With her chin-out, tough/tender, heart-of-gold manner, Jeannie Seely remains one of country’s most completely modern female personalities,” and that statement still holds true. Keep up with all things Jeannie Seely at www.jeannieseely.com.

About The Clement Railroad Hotel Museum: 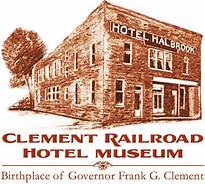