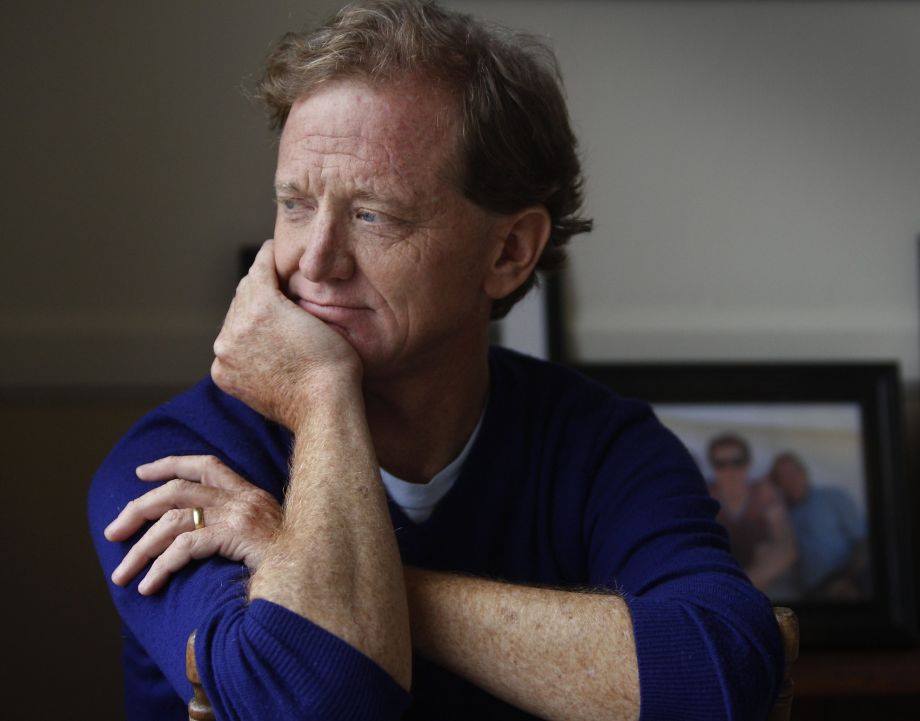 The director and screenwriter leaves behind a wife, two grown kids, and a shining career as a passionate documentary filmmaker who helped make the world a better place.

Los Angeles, CA (The Hollywood Times) 10/18/20 – James Redford left this world way too young after struggling for decades with a rare illness that destroyed his liver. Known as Jamie to his family and friends, he carved out a resonant legacy of affirmation and goodwill. As the Co-founder and Chairman of The Redford Center, Jamie steered the organization’s core mission of using the power of positive stories to enact change. His life’s work reflects this core mission, as Jamie wrote, directed, and produced such stories.

In the last two decades, Jamie worked on over a dozen films, including the award-winning HBO documentaries Toxic Hot Seat, The Big Picture: Rethinking Dyslexia, and The Kindness of Strangers about organ transplants. On the side, Jamie also wrote the screenplays for Cowboy Up, a western drama starring Darryl Hannah and Kiefer Sutherland, and the PBS Native American thriller, Skinwalkers. At his core, Jamie knew that even activists needed to experience a few thrills now and then in between doing good.

As the son of Robert Redford and Lola Van Wagenen, Jamie was born in 1962. He grew up in New York City and attended the Dalton School while spending vacations at the family home in Sundance, Utah. During his teenage years, Jamie became ill with a mysterious illness. Despite suffering from unexpected fevers and rapid weight loss, he moved forward with his life, graduating with a BA from the University of Colorado.

In 1987, while working on his MA in literature at Northwestern University, Jamie finally received the correct diagnosis of his mysterious condition. Jamie had primary sclerosing cholangitis (PSC), a rare complication of ulcerative colitis that blocks the liver’s bile ducts. Hence, the ulcerative colitis becomes so much more damaging, also destroying the liver.

As Jamie explained in an interview, “They told me my liver would fail within five to ten years… (but) I decided it wouldn’t get me. They’d come up with a cure.” Despite a cure not being discovered, Jamie Redford never lost hope and continued to win his battle against this brutal disease for decades. As a sign of his belief in the future, two months after getting his diagnosis, he proposed to his college sweetheart, Kyle.

After getting married, Jamie and Kyle settled in Marin County, California. When the disease came back in 1991, Jamie was told by his doctors that he needed a liver transplant. The stakes were so much higher because Jamie and his wife were no longer alone. In the first years of their marriage, son Dylan and daughter Lena had been born. Now Jamie was not just fighting for himself: He was fighting for his family.

Although Jamie’s first liver transplant failed, the second proved to be a success. He was so grateful to receive a second when he needed it most. However, Jamie understood the extremity of the situation that leads to a liver transplant. With his usual eloquence and caring, he explained his mixed feelings about organ donation to journalist Carrie St. Michel in a beautiful article for Good Housekeeping in 2010:

“There’s constant darkness around it. You know that your transplant involves someone else’s death… It took me a while to recognize that my need for a transplant wasn’t going to cause someone else to die.”

Later, Jamie wrote with a depth of compassion letters to the families of both of his donors: “I told them that I was going to do my best to honor their gift and live my life as well as I could. I wrote that I hoped they understood they saved a son from growing up without a father, and a loving wife from being a widow… There’s not a day that goes by that I don’t find something to enjoy. My appreciation for the love of my family—my love for my kids—is never far away.”

To publicize the need for transplants, Jamie Redford launched the James Redford Institute for Transplant Awareness, a nonprofit dedicated to educating the public. Beyond raising awareness and making films, he also loved playing lead guitar for his band, Olive and the Dirty Martinis. In 2017, Jamie began work on what would be his last film. He starred in and directed The Redford Center’s HBO co-production of Happening: a Clean Energy Revolution. The resonant documentary uncovered the rise of the clean energy economy despite bureaucratic resistance from Washington DC. Afterward, Jamie realized he needed to focus on health and family.

Ultimately, Jamie Redford leaves behind a loving legacy of affirmation and passionate political activism. Despite battling health struggles from an early age, he accomplished so much in a life cut way too short. He will be remembered by family, friends, and fans for his mischievous smile, kind heart, and proactive decency. When the United States is anything but united, Jamie Redford represented the best of the true American dream of doing good by doing well.