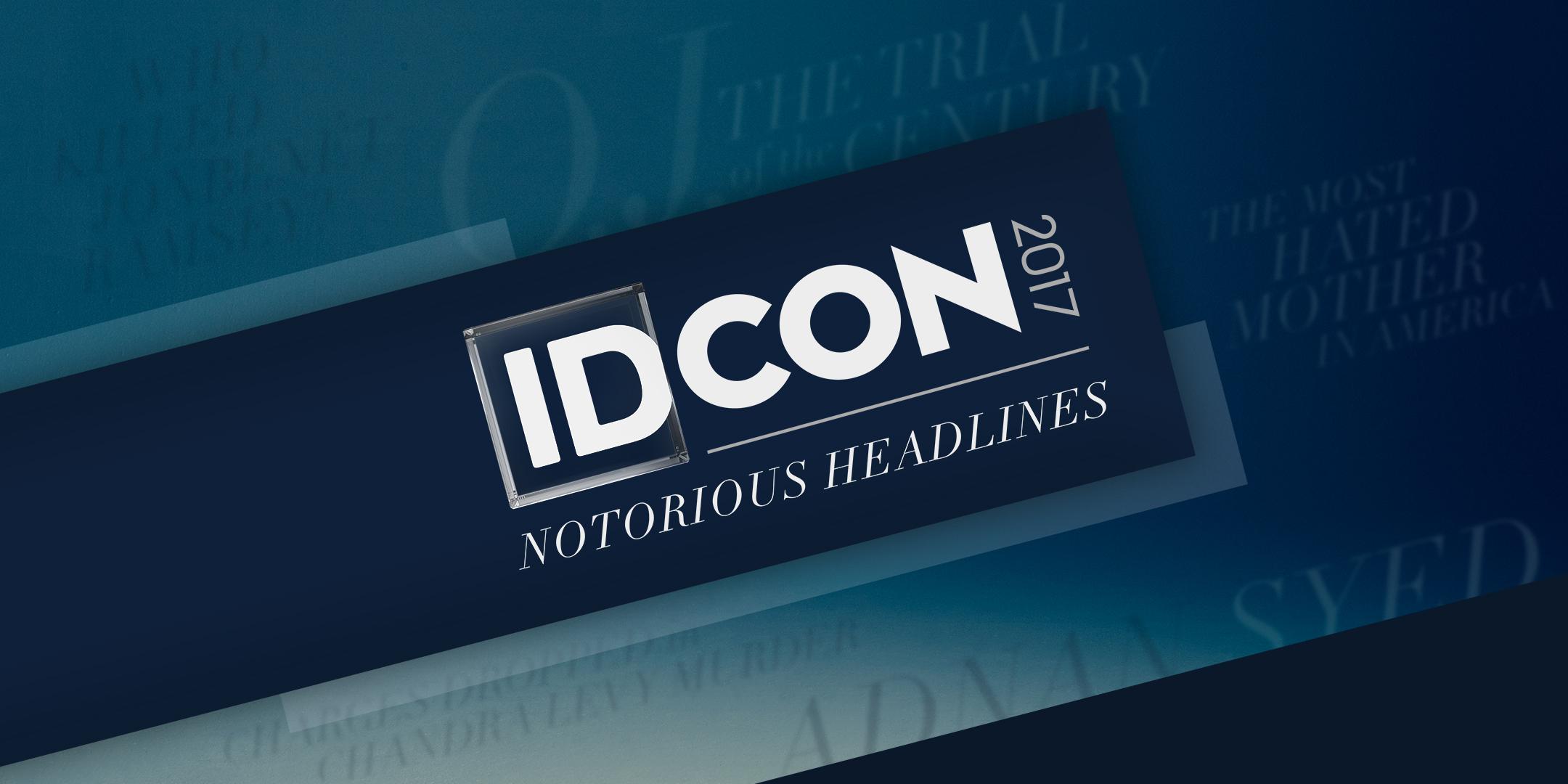 Esteemed journalist and host of ID’s SCENE OF THE CRIME, Tony Harris, will emcee the event, leading fans throughout the day’s jam-packed schedule which includes exclusive panels headlined by beloved ID personalities, sneak peeks at upcoming programming, and one-of-a-kind interactive experiences any super sleuth would kill for.

“Our self-proclaimed ‘ID Addicts’ are the most devoted fans in the business, and we are excited to bring the second annual IDCON to another sold-out crowd,”

“This exclusive event brings true-crime lovers behind the yellow tape of their favorite TV channel, and is our thank you to them for their undying support of ID in making it the #1 cable network for women, in America.”

IDCON’s doors open at 9am with a full day of festivities running from 10am-5pm. In addition to the panel lineup (below), attendees will have a day of exclusive access to their favorite on-air personalities with two separate meet and greet sessions throughout the day.

Additionally, attendees can explore interactive experiences including: the “Liar! Liar! Liar!” polygraph demonstration; a competitive “Be an Eyewitness” photo competition game; an “Evidence Board” to break down the facts behind the unsolved murder of Chandra Levy; an exclusive photo booth where they can “Become the Notorious Headline,” and many more memorable moments with the gang from their favorite true-crime channel.

All $40 ticket proceeds for IDCON will be donated to New York’s Silver Shield Foundation, an organization which provides educational support to families of firefighters and police officers killed in the line of duty.

ID Addicts unable to make the trip to New York will be able to watch select panels via the network’s Facebook Live streams, and follow the network’s social handles at Twitter, Instagram, and SnapChat for behind-the-scenes coverage.

Attendees are encouraged to share their experience and photos at IDCON on social media using #IDCon2017 with highly-engaged fans winning exclusive giveaways.

Missing from the Headlines with esteemed news journalists including Tamron Hall (DEADLINE CRIME), Chris Hansen (KILLER INSTINCT), Maria Elena Salinas (REAL STORY) and Paula Zahn (ON THE CASE). Moderated by ID’s senior vice president of production, Sara Kozak, this panel digs into the cases that have compelled these journalists to bring these stories to a national platform on ID.

People Magazine Investigates featuring People Magazine’s award-winning slate of crime reporters, including senior editor Alicia Dennis and crime writer Christine Peliseck moderated by executive editor, Dan Wakeford. This panel unpacks the intersection of television and print, and discusses how the magazine chooses which stories to bring to life on ID.

The Case That Keeps Me Up at Night

Moderated by criminal psychologist Dr. Michelle Ward, this panel unearths the cases that haunt ID’s own crime-solving superheroes and explains how killers leave a wake of destruction in their path for all that encounter the crime.

The panel features Rod Demery (MURDER CHOSE ME), Graham Hetrick (THE CORONER: I SPEAK FOR THE DEAD) Joe Kenda (HOMICIDE HUNTER), and Garry McFadden (I AM HOMICIDE).

Investigation Discovery (ID) is the leading mystery-and-suspense network on television. From harrowing crimes and salacious scandals to the in-depth investigations and heart-breaking mysteries behind these “real people, real stories,” the always revealing network challenges our everyday understanding of culture, society and the human condition.