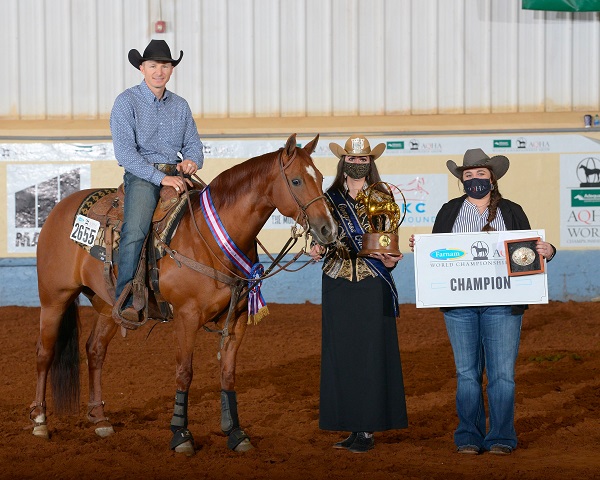 Paul Bogart’s new album will be release d Friday, November 20th and this is one album to add to your music collection.

The Hollywood Times was able to get Paul off his horse, Banjo, but not for long, to speak with us about his new AQHA title and of course his new album Won’t Have Far To Go.  Check it our, in the horse area, interview here:

OKLAHOMA CITY, Okla. (November 16, 2020) -In the midst of his album release week, renowned roper and country music artist Paul Bogart competed in the American Quarter Horse Association (AQHA) World Championship. Winning Amateur Breakaway Roping and placing second in Amateur Heading, the Oklahoma native showed off his impressive skills in the arena. Bogart continues to impress with the release of his brand new album, Won’t Have Far To Go, coming this Friday, November 20. With themes related to the life of a cowboy, it is fitting that the two come at the same time. The album can be pre-saved here.

“It’s always satisfying when you set a goal, work hard and accomplish that goal. I’m thankful for the opportunity to ride great horses, sing authentic country music and surround myself with amazing people. I feel so fortunate to have the best of both worlds,” says Bogart.

Won’t Have Far To Go is a collection of 10 songs exploring themes of love, marriage, children, hard work and takes time to pause to reflect on a life well lived as well as offering his take on a couple beloved songs, such as “Ain’t No Sunshine” by Bill Withers and “I Still Haven’t Found What I’m Looking For” by U2. The album will leave the listener feeling as if they’ve been along for the ride the whole time.

Ten songs included on this album, with six co-written by Paul Bogart.  The songs titles are as follows: 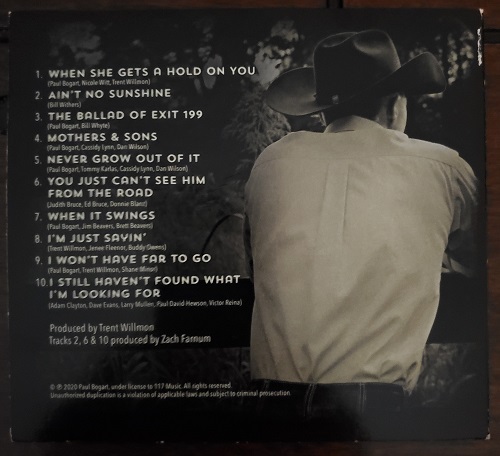 “The Ballard of Exit 199 is my new favorite ‘make me laugh’ song.  Really Paul, a song about getting your wife to the hospital for the baby’s birth. What an awesome concept, Ray Stevens would be proud of you. One of the many reasons to purchase Paul Bogart’s new album. When She Gets A Hold On You is a great cowboy love song, which all of us can appreciate during these trying times.  I honestly have to say, this new album will make you feel alive again, strong, loved, enlightened, and most importantly, entertained.  I say pop it in you CD player in your car and go for a drive to the beach, the mountains or to a friends house to tell them about this new CD, of course, at a social distance, they will thank you.”

“Order a copy for yourself and several for friends and family, what a great holiday gift it would make!” Judy Shields, The Hollywood Times.

“If this is a sign the backlash is kicking in, bring it on.  Another spin through town for new traditionalists, this cowboy’s nostalgia only seems to go back as far as George Strait, but that’s ok, isn’t it?  Real country like the kind commenters on YouTube keep saying they want to hear, betcha everyone from Ian Tyson to Garth Brooks could/would put a stamp of approval on this disc. Well done.” – Chris Spector, Midwest Record

Coming up on November 30, Bogart will be performing at the Pro Rodeo Hall of Fame’s 13th Annual Wrangler Gold Buckle Gala at Billy Bob’s Texas in Fort Worth, Texas. 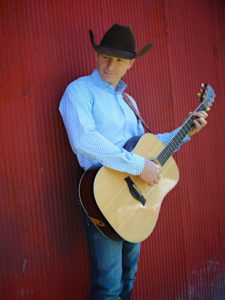 Though his songs are fresh and he himself is young, Paul Bogart is an old soul with a knack for capturing time-honored traditions and summing up classic sentiments in catchy, commercially-viable songs. Exuding sincerity and a rare, down-to-earth charm, he is, simply put, the epitome of traditional country music. After nearly a decade of writing, playing and touring, Bogart has begun pulling in big numbers in every arena, literally. Whether it’s the main stage at the AQHA World Championships with thousands in attendance or the social media scene with over 3.5 million fans reached through all social video platforms, led by “The Cowboy Way” and “Cowboy Ride” with over 2.6 million views, Bogart’s songs have connected with America’s Heartland in a real, tangible way that modern country has perhaps missed. Taste of Country called his 2019 single “When the Cowboys Are Gone” “nothing but authentic.” Often compared to Chris LeDoux and George Strait, the modern-cowboy has written songs for Porter Wagoner, Wade Hayes, Roger Creager, Kevin Fowler and, most recently, one of only two outside cuts on the great songwriter Red Steagall’s new record Hats Off To The Cowboy. For more information on Paul Bogart visit PaulBogart.com.)