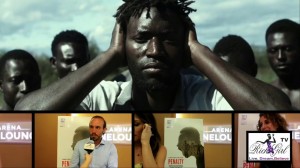 THT: Thank you so much for your time, Aldo. Can you share your “backstory” with us?

ALDO:  I started out drawing and creating comics. I love to draw and it got me into filmmaking.  I get the thoughts, the sparks of the idea and my brother writes the script.  With PENALTY, we followed only one emotion… the story telling arrived later… Started to investigate on this metaphor. People must suffer in the same way as the protagonist. For Aldo, we’re leading a very hard period… 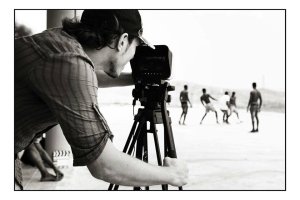 PENALTY is like a mirror… watch what men tend to do towards other men… all these reflections and images are the translations… with no dialog. The intense sound helped define the story…

On the beach, the man in the car is the MEMORY… time doesn’t matter… life of these migrants…escaped from their country and there, they do nothing… time doesn’t exist in that place.  This is a story about past and future…doesn’t matter about connection… when the “referee” said PENALTY, then the memory starts…reflection about humanity, people and survival… 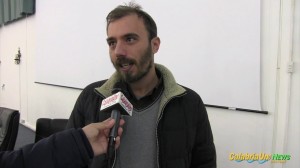 Human Traffickers – the DEAL is that the money was not enough…doesn’t matter; the money wasn’t going to cover their escape from reality in search of a better life. In this case there were too many people… one must suffer the PENALTY of being one too many! 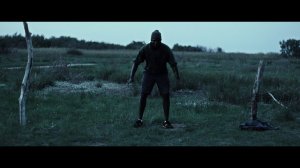 This film is a double-edged sword…speaking about soccer and penalty of life and death. The most important character is the “referee.” He decides about life or death of all his friends…and is judge, jury and executioner, in this case.

THT: Has being in the entertainment industry changed your life? 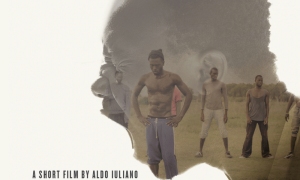 ALDO: No, because in Italy is a little bit different… I grew up working on comics and TV shows / short films.  In the USA, where I dream to grow professionally, it’s different.

THT: What are some of the most interesting projects you are working on now?

ALDO: I have amazing story about a woman (surrogate woman), about love, sort of film like Rosemary’s Baby and Shining… a psychological thriller… we have a producer in Italy… Now, I’m reading the script and seeing images…that will describe the film. Like with comics, the images tell the story. 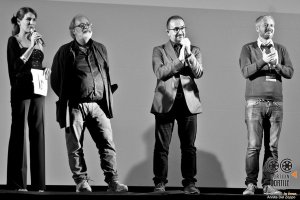 THT: What is unique about the way you tell stories?

ALDO: For me, personally, I was born a cartoonist. Images and story telling is another level of my script; my personal approach that one image represents the entire film. As with PENALTY.  There is a football match but there’s the “match” of life… the atmosphere is exactly the atmosphere of the film. Every single shot has meaning takes me to another level of the story. My brother writes the story…. 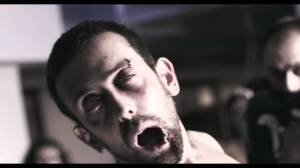 THT: What is the moral or meaning behind PENALTY?

ALDO: I don’t like film that do a morale, but I understand the question… have to LIVE inside yourself a better future… a punch in your gut. No Morale, only reflection about human condition. 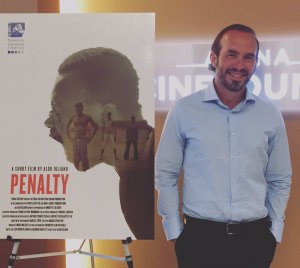 THT: When I watched the short, I was shocked that a man was killed but there was a dual meaning there, wasn’t it?  The PENALTY for the man who hurt the leg of the other player, invoked a memory, of a past or a possibility to ESCAPE the PENALTY of the men collecting money. Is it true that the man who drew the short straw not only paid the penalty of life and the PENALTY of death?

ALDO: This is the decision about the football team… and break the men up and the referee thinks about his dramatic role… He decides the goal, fault, penalty… the rules of football are the like the rules of life… you have friends, enemy… etc… we all have a conflict 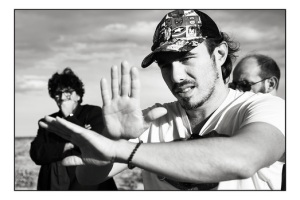 THT: Why did you create PENALTY?

ALDO: The script is from his brother who wrote about a football match…it was a strange sensation, all about these guys that were in a football match that wasn’t really a football match at all. Simple story, and then we developed the characters that came later…   Watch the film. I don’t want to give anything away. 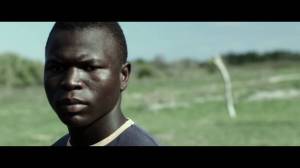 ALDO: You must believe in your story… when I started with Penalty, we were alone, no one wanted to produce it; in Italy, producers didn’t want to do it… then I caught a break and here I am in LA with the premiere of my film last night! (11-20-2017) 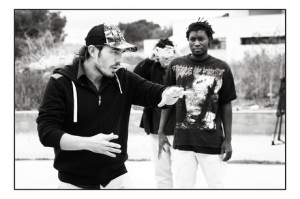 Step 1: believe in your story….it is necessary for us to tell stories… it’s impossible for us to stop…Human’s are great storytellers…that is who we are, the human condition.

THT:  Based on your personal experience, what advice would you give to young people
considering a career in the movie industry? 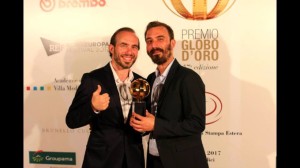 ALDO: I think that studies and then start quickly to go on the set. The set is another universe. It’s very important to mix the environments… to understand the rules and works and it’s vital. Then as you grow older, you grow into the part naturally. It’s so difficult to give advice right now because I’m just starting my career. Come back in another 2 years… I’ll be in a better position to give advice. But for now, believe. 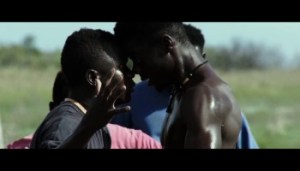 THT:  You are in a position of influence. How have you used your position and skill to help people’s lives?

ALDO: Just by being myself…being honest; when you are honest with yourself, you can be honest with others; people stay with you and believe in you and your ideas… not only in work but in life in general. Especially in this [entertainment] work too, because there is ah, another type of work, with a lot of people, good or bad, it’s difficult with a team. So, if you’re a leader of the team, of your project, people have to believe you for it to be a success! 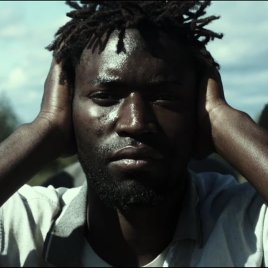 THT: Who are some of the most famous people you have interacted with?

ALDO: In LA? Not yet. I dream to meet Steven Spielberg, Martin Scorcese…Have met, David Lynch, is one of my favorite directors at a film festival… I shook his hand. A lot of emotion inside me… a great moment in my life.

THT: Aside from movie production what else do you do? 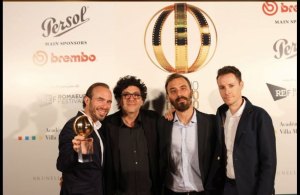 THT: Which people in history inspire you the most? Why? 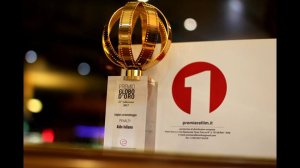 ALDO: When I was a child, I would watch Alfred Hitchcock movies… and music… Michael Jackson’s music was an inspiration… I dream of things when I was a child hearing his music… but my father…like his father taught him to be honest and generous with people, he taught me… that’s my super power!

Writer/Director WES MILLER, in “Hell on the Border”

Richard Jewell: Hero to Zero and Back Again