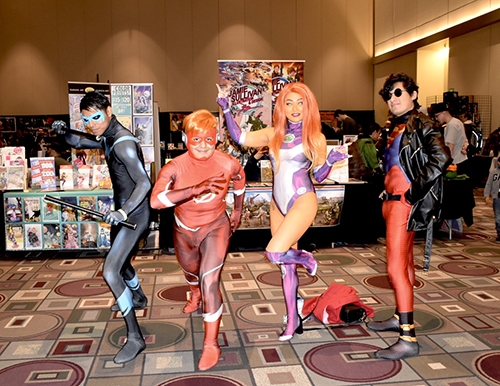 Pasadena, CA, (The Hollywood Times) 1/20/2020–“ When I was twelve years old, I would do funny voices at the lunch table to entertain my friends. And now almost nineteen years later, it’s my full time job. Now I put lunch on the table by doing funny voices which is nice… I went to school for theatre and when I graduated with my degree, I initially wanted to go to Broadway. I had an experience with a company that told me I was too large to play a character. My body was too big to play pretend. I walked out of that experience and told myself that I never wanted to be limited by my shape to play pretend.
As I was leaving that audition, I actually saw a flyer to do a voice for Disney for one of their shows at the theme park. My life changed forever. My first job was at Disneyland as a voice there for a little bit. And
about four or five years ago, I took over as the third official voice of the Koolaid man.”
Brock Powell, voice actor

Pasadena Comic con was set to dazzle the senses of those in attendance. PCC was listed as one of the Best things to do in L.A. this weekend, in Los Angeles magazine. Did it live up to the hype? Yes and no.

It was not as outlandish, over the top, and high in energy as some comic cons can be. Pasadena Comic Con was very low key and approachable. It is was and is a way to get your feet wet, if you will, as an introduction to the cosplay, comic con phenomenon.

Fans had the chance to enter PCC at 9;00 a.m., early admission, or wait an hour an enter the venue at 10:00 a.m., general admission. Once inside, event goers were able to casually visit their vendor of choice and purchase comic books, artwork, apparel (t-shirts, cosplay outfits, head gear-wigs), stickers, pins, graphic novels, Funko Pops! toys, and more. 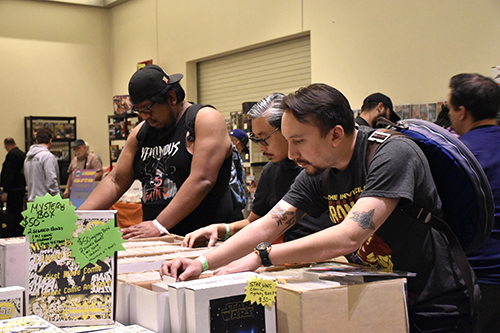 Anyone looking to take selfies and get autographs from celebrity guests were able to do so as well. Additional highlights for those in attendance were the voice panel and the cosplay contest.

Comic cons are not only about great cosplay characters and comic books. They are filled with those who are the creators and or voices of some of the well known characters cosplayers portray. THT spoke with comic book writers/artists, graphic novelists and voice actors at the event.

Up first, a chat with Out of Order illustrator, Mike Ahn.

Illustrator – Out of Order

This is our comic book, it’s called, Out of Order. It’s a comic book that’s based on a true story of me and my wife’s relationship together dealing with a mental illness.It’s kinda like a slice of life, autobiographical, twisted romance kind of story. We have the first four issues out right now. It will be a five issue mini series once it’s finished.

Seol Young Lee, Ahn’s wife, said it took her one summer to write the story with edits taking place during the next few years while her husband drew the illustrations for the book.
Ahn mentioned that the main character of the story, Paul, is based on his 25 year long battle with paranoid schizophrenia. The couple said they wanted to make something positive out of something negative so they created the comic book.

Out of Order is the fourth issue in the series.

I’m a writer/creator. I have two comic book series that I’m working on right now. One of them is The Danica Shade series. It’s a modern fantasy. She’s a dark elf, former counter terrorist operative turned boutique security consultant. And she’s also a huge gamer and a geek.

Burns explains how he put a lot of himself into his Danica Shade character.

Francis: Danica’s very snarky and sarcastic. Her back story- she escaped from the dark below where the other dark elves lived when she was twelve. She reached America when she was 18 but she was still an adolescent in elf terms so she was essentially raised by alfa males on the teams. So she has kinda like a, quote, unquote, “more masculine personality.” So a lot of me comes out in the snark and the attitude and the fact that she’s a huge gamer and a geek.

To learn more about Burns’ work you can connect with him
on twitter @danicashade and purchase his work at https://warriorpoetstoriesandpictures.bigcartel.com

I partnered with a gentleman who’s been a producer here in Hollywood for about twenty years. We started a new company producing fictional podcast stories. The first steries is called, Digital Sky. It features Anna Brisbin who is an accomplished voice actress and she has her own YouTube channel, Brizzy Voices. It’s kinda in the tradition of Blackmare or Twilight Zone, every episode is different, it’s an anthology. They all have a twist and they all have something to do with social media or apps in some way.
The premier of the first episode is on the 21st. It’s called, Ride Share. Really awesome. It’s about a ride sharing app. You’ll love it!
We will have one episode a week.

THT: Is there a moral message each story?

Benton: In some of the episodes, yes. Some of the episodes are kinda just a lot of fun. I would say Ride Share, the first episode, is really great and it’s really kinda fun. My associate producer here, Hannah Forcier, she’s actually in an episode as well. She’s also an actress and her’s has one of the strongest kinda moral points to it which is about self discovery and being honest with yourself and everyone around you.

Benton explained that many of the stories are the inspiration of Scott Zakarin of Zoit Media. Zakarin writes and directs each episode based on things he has encountered in life. We get inspiration from a lot of different places. The focus of the series is social media that connects all of us.

Check out Digital Sky on Apple podcasts and on Twitter: @digitalskypod

Jalisco is a Latina superhero. She dances Folklorico which is traditional Mexican dances, and blades come out of her dress. This graphic novel is the orgin of how she got her dress with the blades. I am the writer/creator.

THT: How long did it take to your graphic novel put together:

Kayden: Six months. Everyone was contracted and started in January of last year and everyone’s contract ended in June. And then just going over things with my graphic designer… my release date was September 16th, and that was purposeful (Mexican Independence Day).

Phoenix said working with other Latinas was very important to her which is why she sought out her penciller: Amanda Gonzalez and Colorist: Mirelle Ortega.

Prizes: When announced, cosplayers were most excited about the Funko Pops! What would comic con be without a cosplay contest? Don’t answer that. 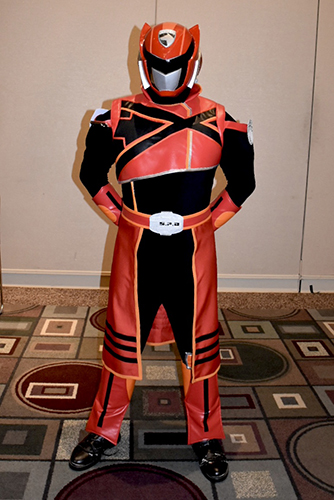 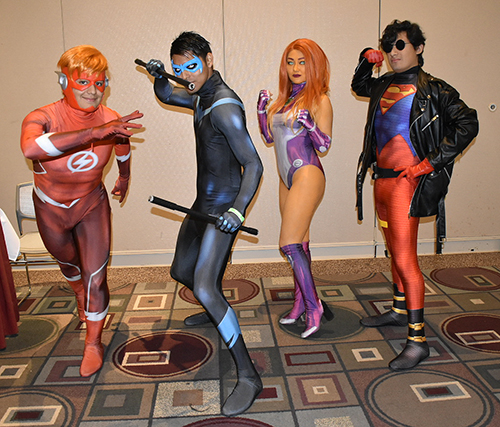 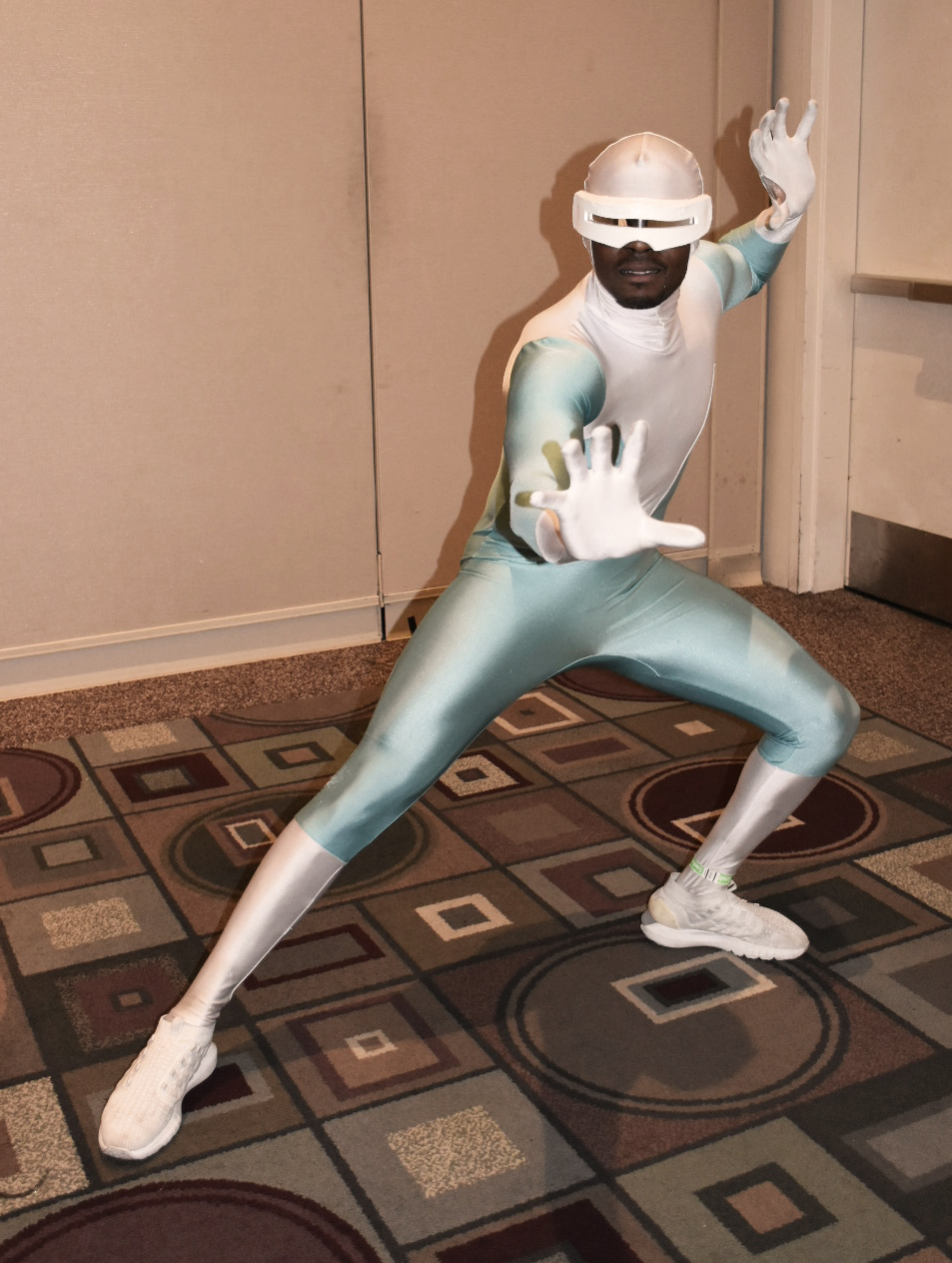