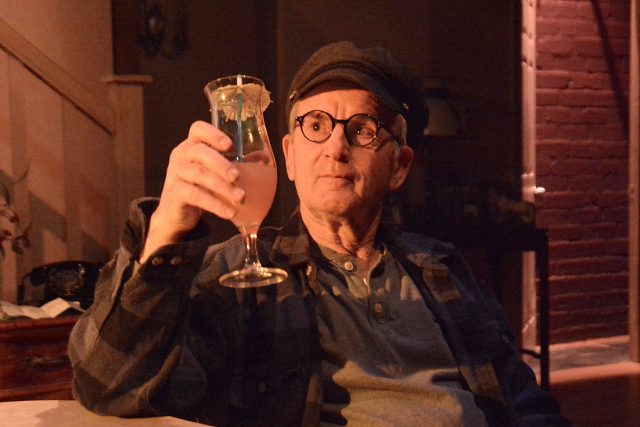 Los Angeles, CA (The Hollywood Times) 8/21/18 – Mark Lonow is an interesting guy. A co-owner of the famed Improv comedy club, he discovered a young Adam Sandler. His wife of 49 years (49 years! In Hollywood! Imagine!), comedienne Jo Anne Astrow, also manages Lewis Black. Their daughter Claudia Lonow is a prolific television writer/producer. On top of that, apparently his great-uncle executed the Czar and his grandmother may or may not have slept with Stalin. These people belong on Broadway, Lonow decided. So he wrote a play about them.

Lonow’s lightly fictionalized biographical saga was conceived as a drama, until Carl Reiner convinced him that the characters were so wacky he should do it as comedy. “Jews, Christians and Screwing Stalin” originally aimed for “Death of a Salesman,” then took a left towards “Brighton Beach Memoirs”… and ended up at the intersection of The Marvelous Mrs. Maisel and Welcome Back Kotter.

This is the story of those European Jews, many of them socialists and union organizers, whose WWII-era kids became known as “red diaper babies.” Friday night candles were lit. Yiddish was spoken. Colorful matriarchs ruled the roost.

The matriarch of Lonow’s stage family is Minka Grazonsky, a foul-mouthed widow played with a knowing gleam by comedienne Cathy Ladman (Curb Your Enthusiasm, I’m Dying Up Here.) She’s getting on with life after the loss of husband Murray – who pops in from Paradise in the form of John Pleshette (Knot’s Landing) – by managing the family boarding house. On this 1966 Rosh Hashana eve, she has invited both her wastrel son (played by Travis York) and her aspiring actor grandson (Hunter Milano) to dinner in hopes of a family reconciliation. What she doesn’t know is that her grandson is bringing his girlfriend home with him. She’s Christian. She’s Southern. She’s pregnant.

The grandson is so obviously Lonow and the girlfriend so obviously his real-life wife that it’s difficult to see them as dramatic characters. They come off as idealized and romanticized, glimpsed through a heroic haze of nostalgia and played too broadly for a small theater. Minka Grazonsky, however, and her friend and rival Lillie Feinstein (soap opera veteran Laura Julian) are sharply observed and realized. They are the joy of the show.

Baby Boomers will appreciate touches like Murray’s vision of heaven: a sort of resort hotel decorated with portraits of Ann-Margaret and Maureen O’Hara where you have cocktails with Trotsky. They will cringe at grandson Joseph’s fringed vest and hairdo and grin at Lillie’s movie star hats. But I doubt they will much care whether Joseph and his father make up with one another.

“Jews, Christians and Screwing Stalin” is a love letter to a bubbe and an opportunity for some older actors to shine. It isn’t ready for Broadway yet, but that’s what Equity waiver is for.