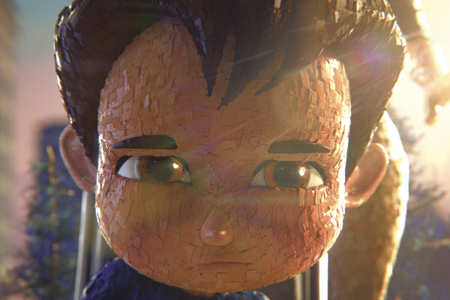 “Ian, based on a true story, is a moving and heartwarming, story of sadness, determination, and a breaking down of barriers to reach what we all desire and crave; Love.”

Ian was born with cerebral palsy. All he wants is to make friends, although it seems impossible to achieve when discrimination and bullying keep him away from his beloved playground.  However, this young boy is determined and won’t give up easily. 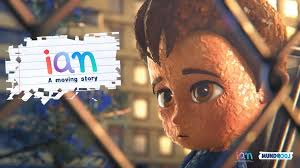 The film is based on Ian, a young Argentinian boy who suffers from cerebral palsy. He can only talk with the help of a machine and was teased daily when he visited his rehabilitation center by children from a nearby school. His mother went to the school to tackle this issue and found the school had no tools to teach the children that bullying is wrong, so she wrote a book aimed at children, about a disabled boy. Penguin published this inspiring book, which is simply titled Ian.

Director Abel Goldfarb was born in Buenos Aires in 1979. He studied Film Direction at the prestigious University of Cinema (FUC) in BA. At the tender age of 17, he won his first screenplay contest. Since 2010 he has worked with Oscar winner Juan José Campanella and has been a lecturer since 2004. 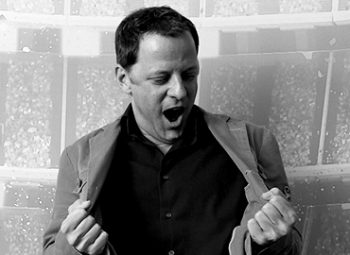 Producer Gastón Gorali co-wrote and produced the award-winning animated film Underdogs distributed by Universal Pictures and The Weinstein Company. He has created, co-written, and produced TV shows for global networks like Fox and Discovery Kids. He is also the co-founder of Mundoloco CGI Animation Studios.

Latin-American filmmaker Juan José Campanella has written, directed and produced box-office hits, like The Son of the Bride, Metegol, and Academy Award winner The Secret in her Eyes. He is also a two-time EMMY award winner.

When the movie opens you see how Ian, a young child, in a playground with other children. They are all having fun, playing, having snacks and enjoying quality time with each other. Then, Ian’s hand begins to shake with his drink and it falls.  Ian’s sad. He’s subjected to ridicule, bullying and being made fun of.  Then, as Ian is pulled from this world – the animation shows all the children made up of small squares, except for their eyes – through the fence back into reality of being in a wheelchair looking ‘at’ the very children he wants so hard to be “normal” with. But he cannot.

Again, Ian appears in the playground participating in other activities when he sees a girl that smiles at him. He decides to go to her but when he gets up, he falls. Part of his knee is missing squares and he cannot stand or move.  The other kids laugh as one boy makes fun at him.  Ian again is pulled from his “dream” back through the fence and back into his wheelchair. He’s dejected and reaches for and grabs onto the links in the fence as that’s the barrier that holds him from achieving his dream.  His mother then pushes him as we see Ian’s POV: along the fence looking in. Then, out of nowhere, the wheelchair stops startling Ian’s mother. She finds out that it is Ian who put the break on to stop her from taking him from his dream.

He struggles to rotate the wheelchair 180 degrees. Halfway through, he tires, then finds the strength to once again pursue his dream.  He starts rolling the wheelchair himself towards the fence as he rolls right into it, throwing Ian headlong through the links to appear as the squares build from his feet to his head standing.  But Ian is pulled back and this time, he fights the with pain to keep from the wind sucking him back through the chain links to his wheelchair. He’s almost gone with only his hands left but then, a single hand grabs his. The hand belongs to the little girl that smiled at him. Then an African American boy grabs his right hand, then another child and another until all the children, including the bully are struggling to keep Ian with them.  Unfortunately, Ian is pulled back through the fence and back into his wheelchair. Then the very children that helped him start to appear on the other side of the fence with Ian. One at a time, they are with Ian, not in a dream, but with Ian, in his world.  Then the fence starts to melt away, breaking the barrier that stopped Ian from realizing his dream for it did indeed become the reality he always dreamed, of!

The children pushed Ian, now, together back into the playground with no fence to hold him back. Ian was home.

You see, when I was a kid, I didn’t have a handicap, per se, but I was short, fat and picked on a lot.  I was tormented by older students in grade school and it continued in Junior High School so much so that I had to transfer from a Public School to a Catholic School. Even then, the horror and torment followed me into 10th grade. But, like Ian, with the help of Brother Edward Boyer, the Principal of Cardinal Mooney High School, he caught that student picking on me by hiding in a bathroom stall. When no one else believed me, Brother Boyer did.  Patrick M. Walked into the bathroom, almost as if on cue, and started to pick on me. What he didn’t plan for was when Brother Boyer walked out from the stall, grabbed him by the ear and took him away. He was expelled from Cardinal Mooney. I was FREE, and my barrier of bullying finally ceased.

Just because you have a handicap, doesn’t mean you cannot be accepted. Here’s a thought for you, what if your handicap is “normal” and everyone else isn’t? That’s a thought, right?  Think about it. You are unique, you are special and don’t ever let anyone tell you otherwise.  How good are we? How will we respond under pressure or bullying? Spock from Star Trek II: the Wrath of Khan said is best: “As with all living things, each according to their gifts.”  We all possess gifts whether you’re missing a limb, can’t see, can’t hear, can’t walk, etc…

We must have respect for ourselves and then others will respect us. When Ian struggled to fight his reality from staying in his dream and he surprised the children of his dream when, for a moment, he stood tall and proud, then fell, he gained the respect and admiration of the other children. When Ian fought hard from being pulled back to that chair, they reached out to help him and when they were, instead, pulled into Ian’s world, they realized there was nothing wrong with who Ian was or that he was in a wheelchair.

We are talented and gifted, and this story reminds me of an old story about the Great Magician and Illusionist, Harry Houdini.  I’ll close with this and the moral of both of these stories and how they tie into each other.

It was the last performance in England for Harry Houdini and it was to be before the Queen.  Harry was up on stage and was shackled and handcuffed by none other than two of Scotland Yards finest.  He was to be taken down to the deepest darkest dungeon that England had to offer. He was to be put into a cell, door locked and left with strict instructions to not come down and get him. Before the Queen, Harry was escorted away and told the audience of hundreds, that he’d return shortly.

Harry was put into the cell and left alone as instructed.  After a few minutes, he released himself from the binds and began to work on the door.  After 1 hour, the Queen was getting worried and ordered the two Scotland Yard officers to retrieve Harry. They disobeyed their Queen much to her dismay.  People started to leave after 2 hours. Another hour later, the Queen left, but instructed the officers to remain, just in case. After 5 hours, the auditorium was empty with only the two officers left bewildered as to what to do next.

Down in the dungeon’s cell, Harry, dressed only in skivvies now, from, hot and tired, struggled to open the cell door. It was 8 hours since he was taken down and Harry ran out of steam. It was then that he leaned against the door. It opened, and he fell flat on the cold, damp, stone floor.   The door was never locked to begin with. Harry believed all that time that he was LOCKED in a cell. We, as humans, believe things that are just not so. Harry like Ian had barriers stopping them from succeeding and when they realized that their barriers were simply not barriers at all but something, we perceived to be real, then and only then were Harry and Ian able to break through and see their dreams. Harry’s a wee bit different, but the moral of these two stories are simply this: The only doors that are locked are the ones that are in your mind.