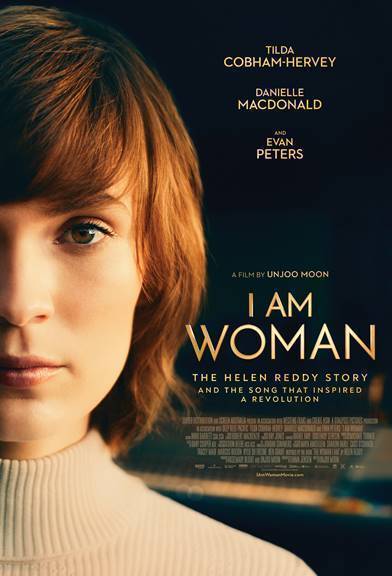 Los Angeles, California (The Hollywood Times) 09/12/2020- In 1966, single-mother Helen Reddy (Tilda Cobham-Hervey) leaves her old life in Australia for New York and stardom, only to find that the industry’s male gatekeepers don’t take her seriously.  Helen finds an encouraging friend in legendary rock journalist Lillian Roxon (Danielle Macdonald), who becomes her closest confidant.  When ambitious aspiring talent manager Jeff Wald (Evan Peters) sweeps Helen off her feet, everything changes as he becomes both her husband and manager and relocates the family to California.  With a strong push from Helen, Jeff secures her a recording contract and subsequent string of hit singles, including the iconic megahit “I Am Woman.”  Increased fame leads to added pressures on themselves and their relationship, forcing Helen to find the strength to take control of her own destiny. I AM WOMAN is directed by Unjoo Moon.

THT: I AM WOMAN is about the icon, Helen Reddy. Tell us about the first time that you met Helen.

Unjoo Moon: It was at an awards dinner in Los Angeles seven years ago. I didn’t know who she was when I first sat down at the table, and when I realized it was THE Helen Reddy, I made my husband, Dion Beebe swap seats with me. I am not old enough to have ever attended a Helen Reddy concert or to have known too many of the details of her career, but even as a young child I have vivid memories of sitting in the back seat of our Volvo station wagon and when her songs came on the radio, my mother and her friends would immediately turn up the volume, wind down the windows, and let their hair loose in the breeze. I grew up thinking that Helen’s music always made women stronger and bolder. So I was so really curious to talk with her, but I wasn’t expecting the scope of the story that she ended up telling me. By the time dessert came around I thought her life sounded like an incredible film, but I also assumed her life was probably already a movie. So I went home and I started Googling her, and of course, once you start Googling Helen Reddy, and a lot of people will do this after watching “I am Woman”, you find all these amazing videos like Helen hosting the midnight special, and Helen on “The Carol Burnett Show”, and Helen with her own show, “The Helen Reddy Show”, all these great performances in Vegas that she’s done. I think I stayed up all night just looking at all this amazing material, but was ultimately really shocked that nobody had actually made a movie about her. 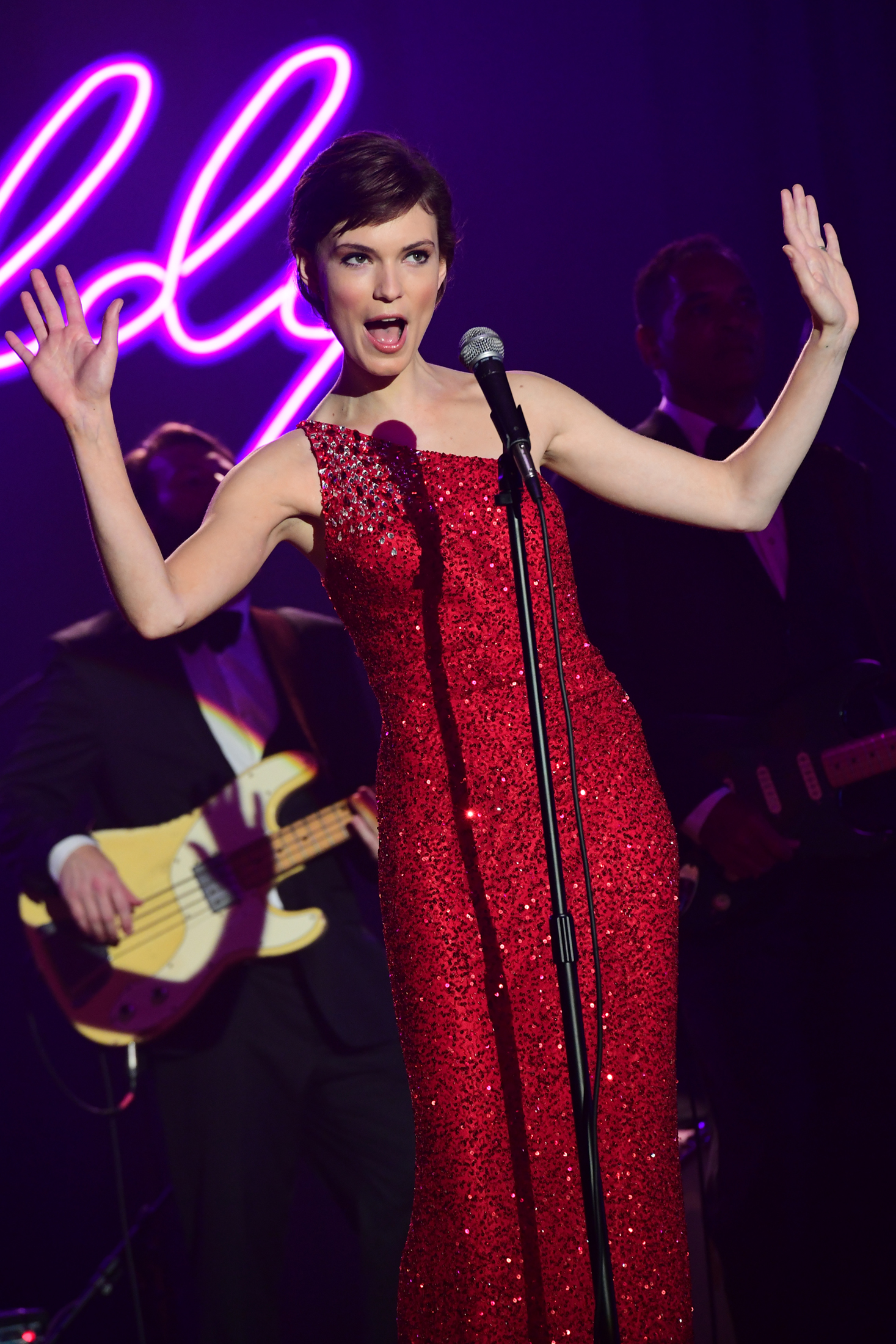 Helen Reddy’s song, “I AM WOMAN,” became the anthem for the women’s movement in the 70s. Why is it so important for our generation to take notice of this time in history?

Helen wrote the lyrics to “I Am Woman” from her own personal experience as a woman and she was enormously influenced by what was happening with the women’s movement in the 1970s. Her friend, legendary rock journalist Lillian Roxon, introduced her to feminism and it would change Helen’s life – in fact the work done by the women’s movement changed all women’s lives forever with huge legislative and legal victories: equal pay, the right to use birth control and Roe v. Wade guaranteed women reproductive freedom. Across the US, huge numbers of protesters turned up for the women’s strike for equality, sponsored by the National Organization for Women (NOW). I think it’s so important for young women to know the incredible work that the women that came before us did and that we all stand so proudly on their shoulders. As incredible as those changes that women were able to make during the rise of feminism in the 70s, we can’t just rest on learning about how far we’ve come but we need to think about how much we can still do. I hope when people leave my film, they feel inspired by Helen, her story, and her song, and feel empowered to go out and make changes.

How did Helen Reddy smash through the patriarchal norms of her time?

Helen was a very strong and determined person who despite all her obstacles didn’t give up. She arrived in NY with a suitcase, $235, and a three-year-old child into a country where she had no family or friends. Helen had encountered some sexism growing up in Australia but she always said it was more apparent and hard to deal with when she was down and out in New York. She had won a talent contest in Australia and the prize was a flight to America and a recording contract, but the record company told her that they didn’t have room for another female artist. She worked any job she could get to make money to buy milk for her daughter and she was always paid less than the band who were men. She was constantly told by men that she wasn’t enough. At a time when a woman could only have a credit card in her husband’s name, Reddy overcame the entrenched sexism of the American record industry to have three number one hits and another dozen songs in the top 40. She was the world’s top-selling female singer in 1973 and 1974, became the first Australian pop or rock singer to win a Grammy, sold 80 million albums and had her own weekly prime-time television variety show. She did all this as a mother raising two young kids and she ended up being paid more than most men. So she not only let those men know that she was more than enough but she also became a feminist icon when “I Am Woman” became the women’s movement’s anthem for change. 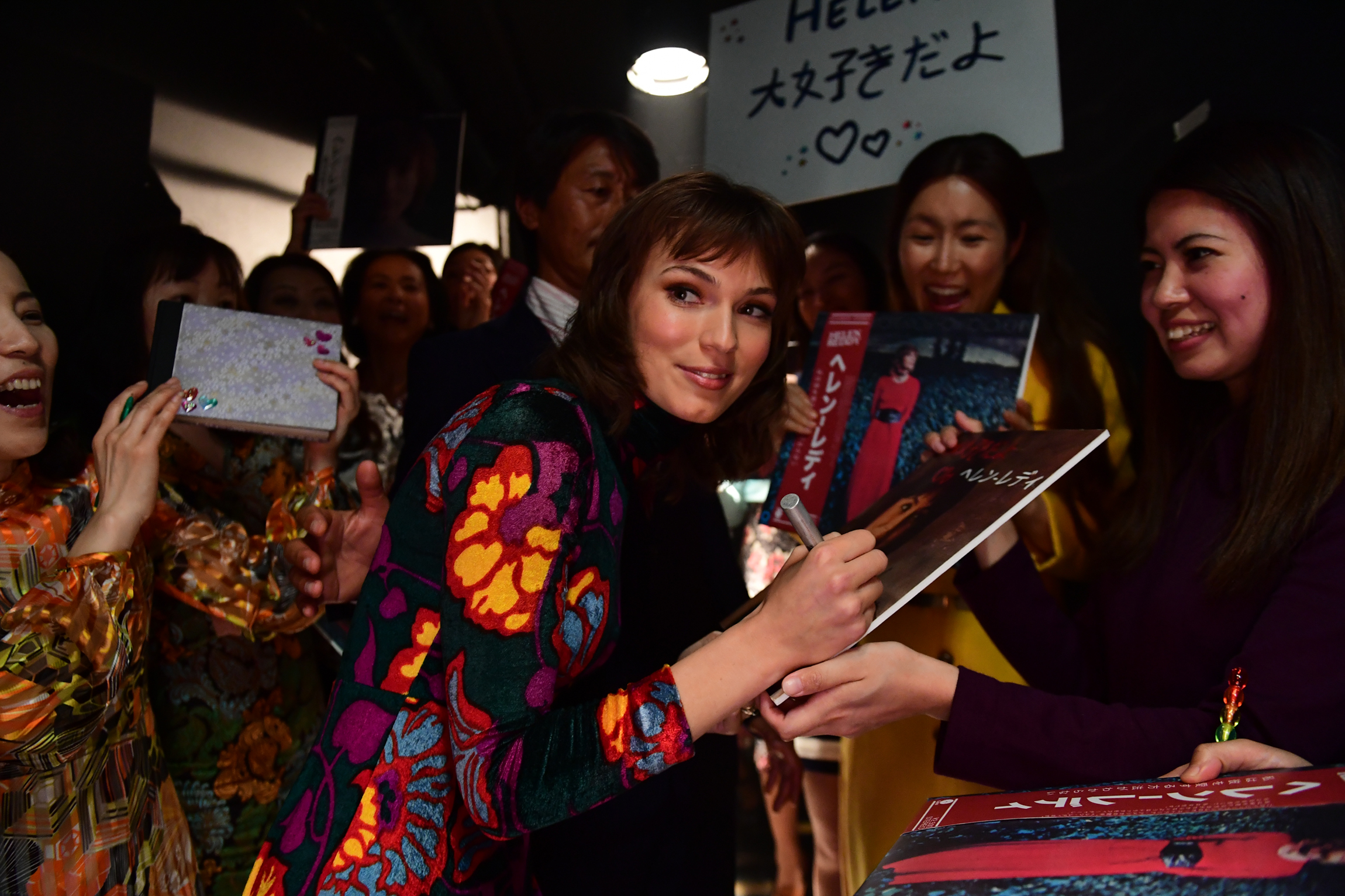 Tell us about Helen’s turbulent relationship with her husband Jeff. How did this set the stage for her success?

Helen and Jeff were a formidable team. They were also a pretty modern marriage for that time because they saw each other as equals. They achieved so much together and hit the absolute heights of success and I think they had the best time doing it together too. When I was researching the story, Helen’s nephew the wonderful Australian actor Tony Sheldon told me that his strongest memory of them at that time was how “hot” they were for each other. Since the movie is very much told from Helen’s point of view I really wanted an audience to see why Helen was instantly attracted to Jeff and how much fun he was. Plus Jeff really believed in her. He saw something in her as an artist that no one else did in New York at that time. Jeff had (and still does have) the best marketing instincts and like Helen he was pretty determined (still is!). The breakdown of this relationship is so devastating and sad. While it might seem cliched that drugs helped destroy it, it really was the reality of their life at that time. Jeff told me that taking cocaine at work or a party was very accepted in their circles in those days and that no one really understood at that time how addictive and destructive it would become.

The 70s were a time of change from fashion, music, food, politics and the roles of women were being questioned and challenged. What can we learn from Helen Reddy?

First and foremost, this film is an entertaining story about a singer and her career but it is also looks at Helen’s marriage with Jeff Wald, her friendship with Lillian Roxon and being a mother to Traci & Jordan. Most importantly, it looks at her journey as a woman at a time when the women’s movement was fighting to get the Equal Rights Amendment into the US constitution. I hope that people will appreciate the fight for equality even more after watching this film and after watching her story learn that your personal choices can have a much larger impact on the rest of the world. Sometimes a revolution is as simple as that.

How did I AM WOMAN galvanize a generation of women to fight for change?

There are so many incredible stories of how the song “I Am Woman” has impacted people. I’ve loved speaking to all the people who have told me amazing stories of how hearing the song made them bolder and stronger – how it made one woman brave enough to tell her husband she wanted to get out of the house and have a career, how one girl in the 70s insisted that her school have a girls soccer team and how Jim Keaton, the head of the Helen Reddy fan club, found the strength to come out to his religious family when he heard the song. In 1975, the United Nations declared it the year of the woman, and Helen’s song was the official anthem. At the 2017 Women’s March in Washington, I stood in the exact same spot that Helen does at the end of the movie for 1989 Mobilize for Women’s march and looking across a sea of pink hats at the Lincoln memorial I saw someone walk by holding a sign “I am Woman, Hear me Roar”. We premiered our film last year at the Toronto film festival to a theatre filled with over two thousand people who gave us a standing ovation and when I was leaving a young girl stopped me before I could get into my car. She said “Thank you, thank you so much for that movie. I only came for my mother but I learned so much, and I was touched and so moved by that story and what happened to the women before me”. The girl went on to say she was so inspired to keep going out there and keep making change. At that moment I thought, that reaction is exactly what I wanted; it was one of the big intentions of making this film. 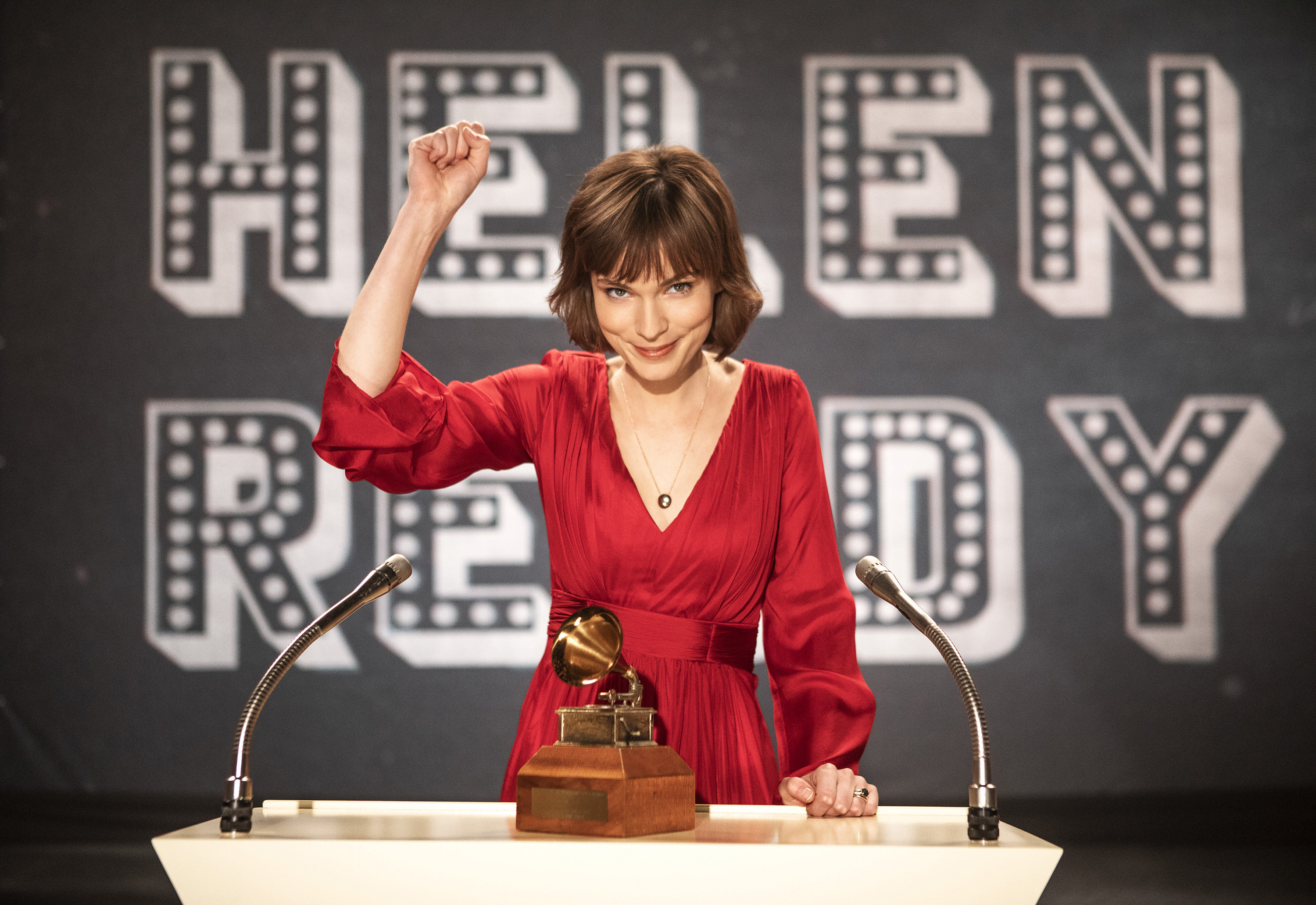 Helen first comes to New York because she wants the American Dream and she gets it – more fame, success and money than she could ever imagine – but Helen ends up having to walk away from all this and what I think what she ultimately finds is her own strength and independence. As she stands on stage at the 1989 Women’s March on Washington, (which feels eerily similar to our recent Women’s marches) Helen feels the impact of the legacy that she passes onto the next generation. This is her power as a woman and what she has achieved. In some ways, this mirrors what many would say is a change in the American Dream – that we are moving away from just striving for opportunities for material success and heading towards better goals in freedom of choice of how we want to live our lives. So I guess Helen does achieve the American Dream after all at the end of this film.