Hostiles is in the top five of all the films I’ve seen the season, even though it was just released in January of this year. It follows a U.S. Cavalry officer (Christian Bale) who must escort a Cheyenne war chief (Wes Studi) and his family back to their home in Montana in 1892.   Although it is a typical Cowboys and Indians story, it has historical content about a more remote military outpost in the late 1800’s, Fort Berringer, New Mexico, which holds Apache, Cheyenne and more Native American tribe members prisoner, all while Comanche tribes raid white settlements in the area. Rosalie Quaid (Rosamund Pike) survives one of these raids and is found by a group of American soldiers and brought back to the Fort where she heals from her wounds and then sets out to go back east with the group escorting Yellow Hawk to his homeland. This is just one of many movies this season that is based on history and the violent beginning and continuation of that in our country. 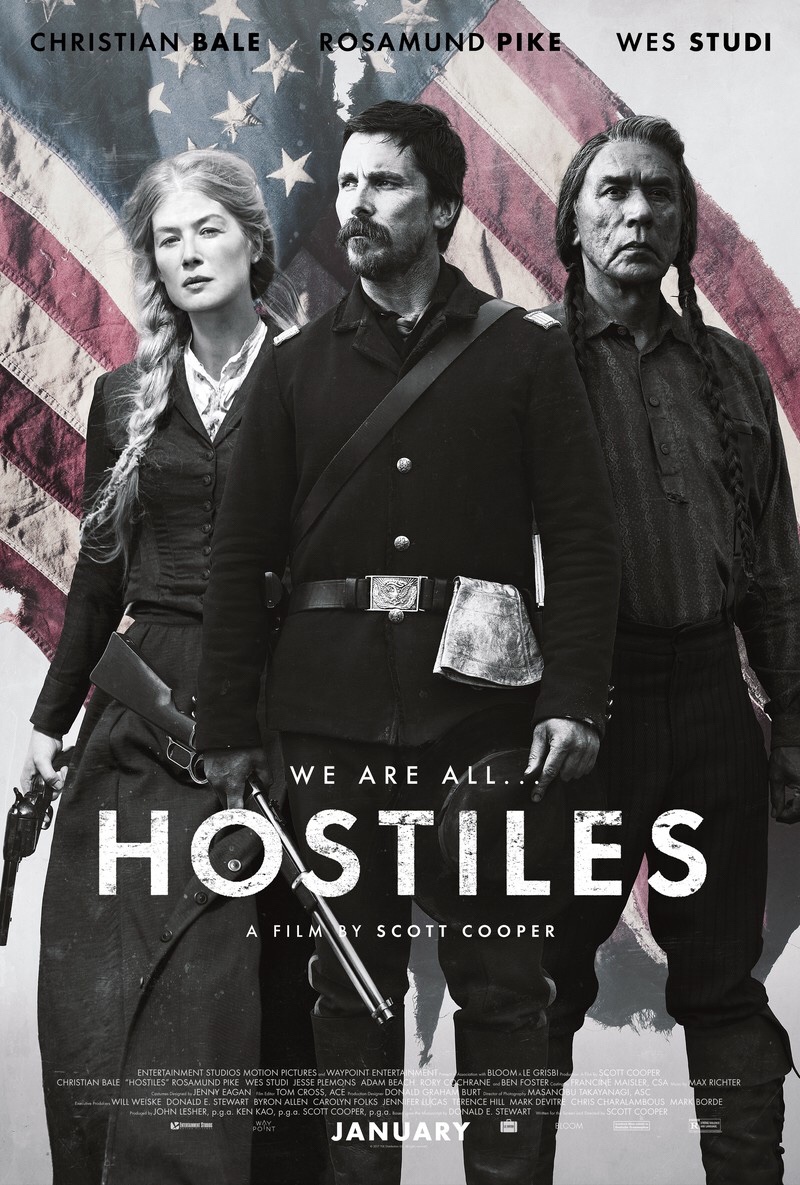 Written and directed by Scott Cooper, one forgets that Christian Bale and Rosamund Pike are not American actors, while watching their complete involvement in who they were portraying and where they were in history. I got lost in their tough way of living, what they had to survive out in the west, and how each character had things to overcome each day. The brilliance of the directing and acting in this film are obvious from the get go.

The cinematography is also incredible: the lighting and camera work is at its best in this film with sweeping landscapes, but also with the heart wrenching murders and treatment of fellow man on both sides of the coin. The locations were stunning in every single shot.  Although this was one of my favorite films, it hurt my heart watching it, learning the truth of what happened in the 1800s in the western part of the new United States. Eradication of the Indian tribes and the way that the white people treated natives and other people of color, was difficult to stomach, and still is today.

Anyone that is into American history or who loves westerns this is a must-see.

Enough is Enough: Celebrities Using Their Platforms In Support of BLM Movement

Matt Bomer, Jeff Bridges, Norman Lear, Joel McHale, and More Join ‘We All Play Our Part: A Benefit for MPTF’