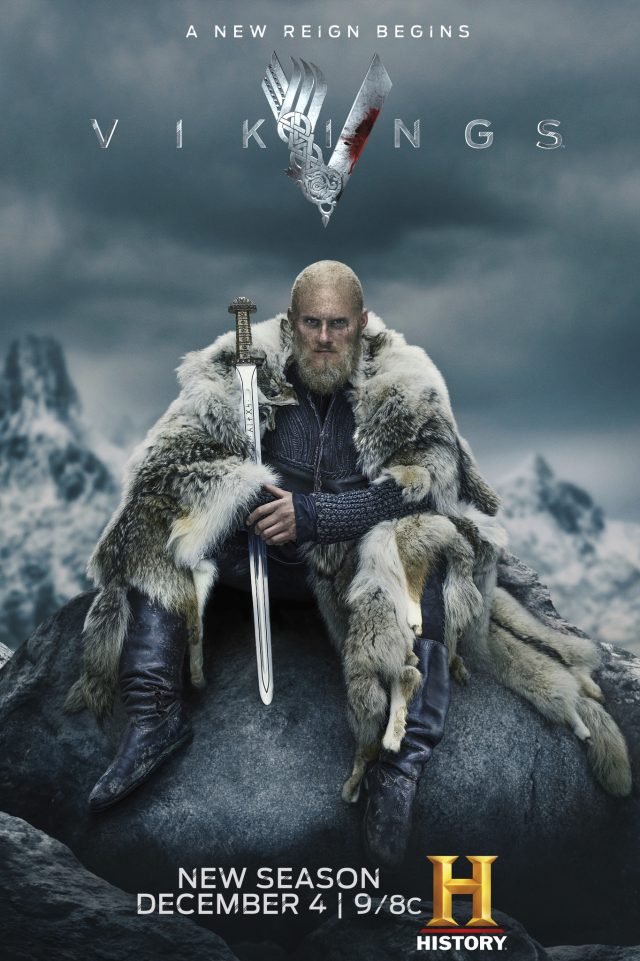 Seattle, WA (The Hollywood Times) 12/5/2019 – “Vikings takes you back to the origins of Norway and Scandinavia as the battle for power culminates in the clash of wills, terror, power and family!” – Patrick Donovan 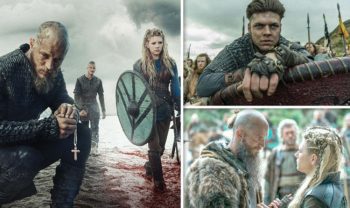 The adventures of a Ragnar Lothbrok: the greatest hero of his age. The series tells the saga of Ragnar’s band of Viking brothers and his family as he rises to become King of the Viking tribes. As well as being a fearless warrior, Ragnar embodies the Norse traditions of devotion to the gods: legend has it that he was a direct descendant of Odin, the god of war and warriors. Written by History Channel.

The 20-episode sixth season will air in two parts, beginning with a two-hour premiere on Wednesday, December 4 at 9PM ET/PT followed by eight episodes airing every Wednesday at 10PM ET/PT on HISTORY. The remaining ten episodes of season six are slated to air in 2020. Additionally, series regular Katheryn Winnick is set to helm one episode in season six, marking her directorial debut. Last season, HISTORY’s first scripted series Vikings reached 25.2 million total viewers in Live+7 delivery and is the network’s #1 drama series.

Created and Written by: Michael Hirst 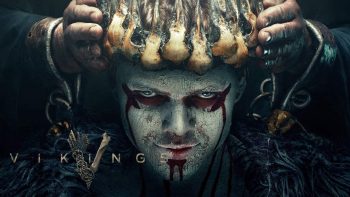 Vikings is the critically acclaimed series from creator and sole writer Michael Hirst (Academy Award® winning film Elizabeth and the Emmy® and Golden Globe® nominated series The Tudors) and is a family saga that tells the remarkable tales of the lives and epic adventures of the raiders and explorers of the Dark Ages.

The silk road is where we pick up Vikings…through brutal heat, blizzard snows and crowded towns, with cinematic vistas that are simply breath-taking.  Ivar is seen traveling the Silk Road searching for a new path in his life. Then he’s attacked by Prince Olegs’ guards, Ivar is taken to Kyiv, to meet Price Oleg a ruthless unpredictable Russian ruler. Ivar’s past actions pale in comparison to this man brutality.

Meanwhile back in Norway, Bjorn the eldest son of Lagertha and the late Ragnar Lothbrok is the new king of Kattegat and is determined to follow in Ragnar’s footsteps by pushing himself to the limits as a fighter and explorer. He received his famous nickname “Bjorn Ironside” after emerging from battle without a scratch, seemingly immortal.

Lagertha is the most famous shield-maiden in the world and a force to be reckoned with. The first wife of the late Ragnar Lothbrok and mother of Bjorn, her strength is tested after losing several loved ones in her life. She wishes to depart from her strong warrior persona by living a less public life on a farmstead but that quiet is soon tested and her old life rears up its ugly head.

Prince Oleg tests Ivar by taking him in what appears to an early form of hang gliding to see if Ivar is truly, a God!  What happens next is nothing short of amazing and is a pretty cool scene. Later, Prince Oleg laments about his late wife with Ivar telling the story of how she died and like with all things that die a birth of a very special kinship between these two men begins but how long will it last?  It is revealed that the arrival of Ivar in Kyiv is no accident and Prince Oleg sees a strategic alliance that can be formed with Ivar for expansion: West!

A story is told about an uninhabited land far away in the west as it’s across a great water. The story that’s been heard amongst the Vikings is from a man called Othere.  I’m sure you can deduce the name of that great land, west of Floki’s colony, the colony so aptly named, Iceland. The more important question is, what has become of Floki? Where in the world is that Icelandic Norwegian, Floki?

Ivar and Prince Oleg go to the Capital of Rus to take care of “family business”.  He’s prompted to visit his brother after watching a puppet show with Ivar that chronicles something very personal to Prince Oleg. The death of his wife. During this time, he explains to Ivar why he’s called: the Prophet.  The family business that Oleg engages upon is reminiscent of Fredo and Michael in the Godfather and you know what happened to him? You’ll need to watch and see if I’m right.

And did you know that Ivar is a, magician? Watch this feat of magical legerdemain and see for yourself as he entertains a young Prince Igor and forms a bond with the young prince taking him on a bit of risky business.  Prince Igor notices Ivar’s reaction upon seeing someone that likens him to seeing a ghost whilst having dinner. Back in Kattegat, Hvitserk deals with his demons trying to get back into his brother, King Bjorn’s good graces but struggles with his addictions. A ghost from ‘his’ past, during one of his psychedelic trips, gives him a task to complete swearing that he will do it.

This is a truly amazing series and I loved it from the start.  I love shows and movies like these; Knightfall, Last Knights, etc… The stories that are told about the men and women that endured, the battles fought, loves lost and gained, and crowns that are won or killed for, make this for great storytelling.  You’re drawn into each episode of the final season and although I was only given the first 5 to watch, I binged those, staying up in the wee hours of the night brandishing my bowl of endless popcorn and diet soda. I confess; I’m hooked. Something for you to notice who the actor that plays King Olaf the Stout is?  Let’s turn on the Way Back Machine (or WBM for those of us that live in acronyms) and see the trap set by Soviet General Olov that left only 0.07 seconds for our hero? Or perhaps was it that corrupt art dealer in the movie with Eddy? Maybe is was the Soviet Officer that drew First Blood a ‘second’ time? Yes, that’s actor Steven Berkoff a famous English actor, author and playwright.

Get into Vikings and enjoy the 20 episodes in this, the final season. Raise your glass and say, Skál (or Skol for those that don’t know the salute or toast to an admired person or group in the native tongue)!