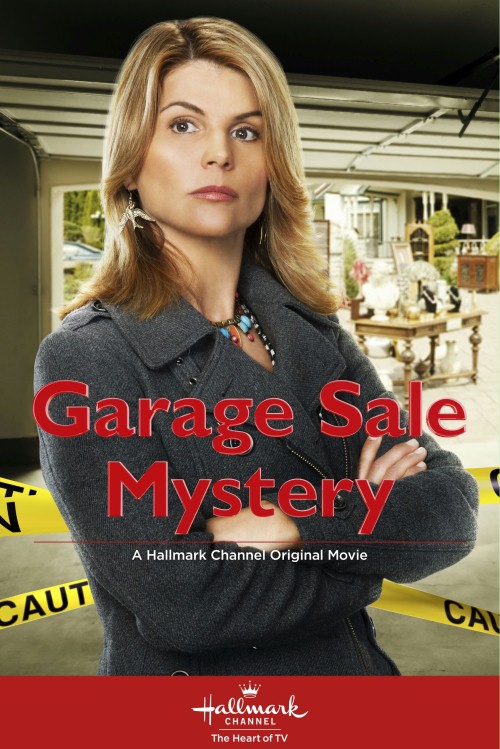 Los Angeles, CA (The Hollywood Times) 7/23/18 – The GARAGE SALE MYSTERIES with Lori Loughlin Continue on the Hallmark Channel This August!

Lori Loughlin of FULL HOUSE fame stars in the American/Canadian film series GARAGE SALE MYSTERIES airing on Hallmark Movies & Mysteries in the US, Bravo in Canada, and Channel 5 in the UK.  The series is executive produced by Loughlin along with Michael Shepard and Peter DeLuise.  The first film titled “Garage Sale Mystery” aired on Saturday, September 14th, 2013.

In the GARAGE SALE MYSTERIES, Jennifer Shannon as played by Loughlin is a sharp-witted antiques dealer who runs a shop called Rags to Riches.  Jennifer’s quirky job constantly takes her into the field scavenging garage sales that sometimes turn out to be crime scenes!  Her keen eye for detail and innate problem-solving skills are huge assets for sleuthing as well as selling.

On the reality show, Jennifer encounters a mysterious puzzle box.  The box’s now-deceased creator may have placed the clue to her killer inside of it.  When the dead woman’s daughter-in-law is also found dead just a few days later, Jenn initiates an investigation of the murders using unorthodox means.

The GARAGE SALE MYSTERIES are based upon a two-part series of books called GARAGE SALE STALKER and GARAGE SALE DIAMONDS by Suzi Weinert.  “You might say it’s the U.S. Army’s fault,” says Suzi when asked about her attachment to garage sales.

Weinert moved many times across the U.S. and Germany as a military wife trying to raise a family of five and make every new house a home.  Garage sales and thrift shops soon became her secret weapons!  But what began as a need quickly turned into a bona fide passion leading to book and television projects.

The eightysomething Weinert, a member of the Mystery Writers of America, knows that everything bought and sold at a garage sale comes with a story.  The Hallmark Channel concurs!  Don’t miss “The Pandora’s Box Murders” or the other GARAGE SALE MYSTERIES.