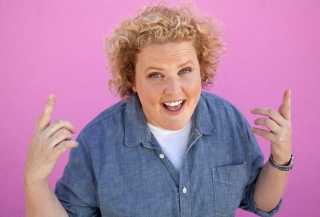 Known for her work in The Mindy Project and Life in Pieces, Fortune Feimster fell into comedy through improv classes.

Fortune is smiling on Fortune Feimster.

In the course of 16 years, the out-and-proud lesbian comic who hails from North Carolina managed to find her true passion (comedy), enter the whirlwind of late-night TV fodder as a vital member of the Chelsea Lately writing team, and wind up appearing as a prominent side player in television series like The Mindy Project and Life in Pieces.

She also tours the country with her comedy shows and has become one of the LGBTQ’s community prominent rising stars.

Funny thing is: If it wasn’t for her desire to make friends with people at an improv class she didn’t even plan on taking before she moved to L.A. in 2003, Feimster may not be experiencing any of the accolades she is at the moment.

Eager to return to The Dinah (April 3-7) for the second time since 2014, Feimster opens up with Palm Springs Life.

What’s it like for you performing for The Dinah crowd?

It’s one of the few events that lesbians can go to. There’s not even one lesbian bar in Los Angeles any more and it’s a huge city. There’s that reputation that women don’t go out as much and maybe that’s why there aren’t that many lesbian bars, but The Dinah has withstood the test of time and only gotten more popular over the years. I love it because it’s a place where women from all over the world can come. I love the comedy part because the weekend is known for the DJs, the dancing, and the parties, so it’s fun to change it up. It gives people a break where they can laugh and I love being able to provide some of that. 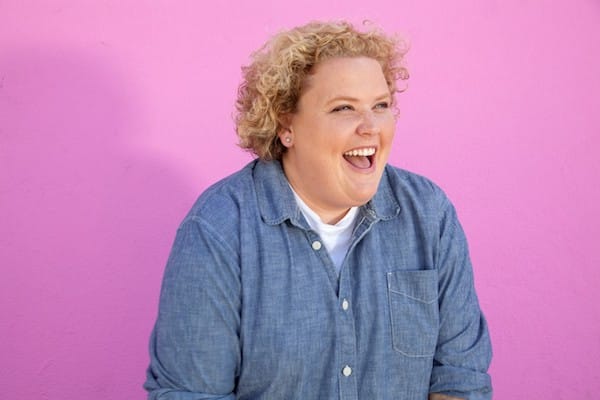 I love the comedy part because the weekend is known for the DJs, the dancing, and the parties, so it’s fun to change it up.

– Fortune Feimster on The Dinah

When did you know comedy and performing was going to be that thing you were going to do?

I didn’t know until I started taking improv classes. I took the classes just for fun and I wanted to make friends. I quickly realized I enjoyed making people laugh and I enjoyed being on stage. I realized that, “This is it. This is what I want to do.” And then I started stand-up. It magnified how much I love comedy and I haven’t wanted to do anything else ever since.

What did you initially want to pursue?

I didn’t know comedy was even an option. I thought it would be something more academic-based, like a lawyer or something. It didn’t seem like it could be something out of the box. I didn’t move to LA. to be a comedian or an actor. I got offered a job and thought I’d try that. When I took comedy classes, I thought, “Who knows. Maybe I could pay my bills doing this.” So I tried. My mom was like, “Are you sure you don’t want to go back to school and get a Masters Degree?”

What kind of material are you bringing to the stage these days?

I’m working on things for my new hour-long special, wherever that will end up being, and it’s a very autobiographical show. From start to finish, it’s about my family, my childhood, my life in LA. It goes through a timeline and I’ve never done it like that before. It feels like a one-woman show in some ways. It’s been fun to open myself up more in that way.

That sounds cathartic — reviewing your life.

I think when you start telling your story, people relate to it, and it makes them think about their own lives. Besides, obviously, laughing, they walk away with something.

Why do you feel staying true to oneself can be challenging?

I don’t know. I think everybody, in general, struggles with trying to figure out who they are. It’s not an easy journey to self-reflect in that way. You get caught up with who other people want you to be. I’ve certainly had that kind of experience. For me, I always had that base of having a good family who believed in me and made me feel good about myself. I always had a sense of self from a very early age. I don’t know if that’s because I’m a Cancer or …?

I guess so. I tend to take things in and see where I am in the process. It’s a journey. I’m still figuring it out. But I don’t know how else to be or who else to be other than who I am. There’s nobody I’m trying to impress. If anything, I’m just trying to make people happy and laugh. The only way I know how to do that is just by being myself.