Premieres on PBS THE GILDED AGE

Pasadena, CA (The Hollywood Times) 1/31/18 – TNT’s smash hit drama series  is set during The Gilded Age, the closing decades of the nineteenth century.  This was a time when the population of the United States doubled in the span of a single generation with resultant social disparities that plague our nation even today.  The uber-rich flourished alongside boys who were so poor that they had to become prostitutes. THE ALIENIST

On Tuesday, February 6th, 2018 PBS will premiere a two-hour segment of  called that should flesh out this fascinating story.  AMERICAN EXPERIENCE THE GILDED AGE was discussed at a TCA Winter 2018 Press Tour panel held on Tuesday, January 16th, 2018 at the Langham Hotel in Pasadena.  Present were Mark Samels, AE’s executive producer; author/professors Edward O’Donnell and Nell Irvin Painter; and Mark Zwonitzer, writer of and numerous American films. THE GILDED AGE. 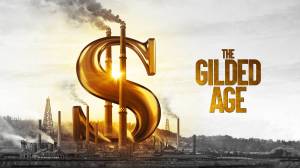 “This year marks our 30th season on PBS,” said Mark Samels.  “For three decades, we’ve had the privilege of taking meaningful, historical moments, and turning them into compelling stories.  At a time when our nation feels bitterly divided, knowing our shared history can help bind us together.”

Coined by Mark Twain, the phrase “The Gilded Age” implies the widening gap between the haves and the have not’s resulting from rapid industrial expansion and immigration.  The Carnegies and the Vanderbilts rubbed shoulders with the remaining 99 percent as the material progress of the country moved forward at a breakneck pace.

By 1900, people could barely recognize the country that had fought a civil war only a generation earlier.  And few had an easy answer to fundamental questions such as, is America still the country that offers the best chance to pursue life, liberty, and some degree of happiness?

The 1897 Vanderbilt Gala at the Waldorf depicted in the film comes at the end of .  The question is, how did we get to this moment? THE GILDED AGE

It is of course impossible to overlook parallels between The Gilded Age and today.  Who is the government for–citizens or corporations?  “History doesn’t repeat itself, but as Mark Twain said himself, ‘It does rhyme'”, said Edward T. O’Donnell.

Many of the people in whose last names were not Carnegie or Vanderbilt are unknown to most history books.  Their stories are told with the help of a wealth of archival footage assembled by indefatigable PBS researchers.  THE GILDED AGE

Are economic growth and economic justice incompatible goals for the United States?  Maybe not, but they are always in tension.  “And one of the rules of government is to manage that tension so that the economic growth doesn’t just run away,” observed Nell Irvin Painter. 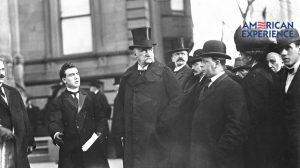 In the US there is always a social component to wealth in the form of public education, public works, and so on.  Even the most rugged individualists are still part of this system.

What might we have learned from the excesses of The Gilded Age, if anything?  Perhaps we learned that it was time to get political and fight for our own interests if government was not going to do it!

The sequel to this film called will be set during the first decades of the 20th century with its whirlwind of economic and political reform that involved trust busting and the regulation of banks.  Senators were now elected rather than appointed.  THE GILDED AGE IN THE PROGRESSIVE ERA

Captains of industry like Andrew Carnegie were intimately aware of public relations.  Carnegie never went on record saying anything nasty, selfish, or arrogant, while counterparts like John D. Rockefeller sometimes did.  Carnegie also preached the important theme of philanthropy that Warren Buffett and Bill Gates now live by.

European immigrants got involved with unions early on.  Union leaders were often depicted as terrible anarchists and socialists with ideas that were alien to American values.

During The Gilded Age, capitalism gained more and more control over American life.  While the essence of democracy is equality, the essence of capitalism is inequality.  Rich people are much more powerful than poor people.

President Trump–a businessman worth billions–has said in so many words, “I hate poor people.  I love rich people.”  Are we as a nation living in a new Gilded Age?

Vast wealth coupled with mobilization at the bottom certainly sounds familiar!  Must revolutions be born amidst economic devastation or can the people birth them by themselves?

A weak string of bearded lookalike US presidents who lacked power failed to lead the people such that a magnate like J.P. Morgan felt compelled to save the country.  Now we have a federal reserve to guard against such crises.

In closing, the panel briefly discussed the hidden public and private partnership that provides ballast to the American economy.  Mark Samels ended the panel by saying, “I guess, now, we have to return to the second Gilded Age.”