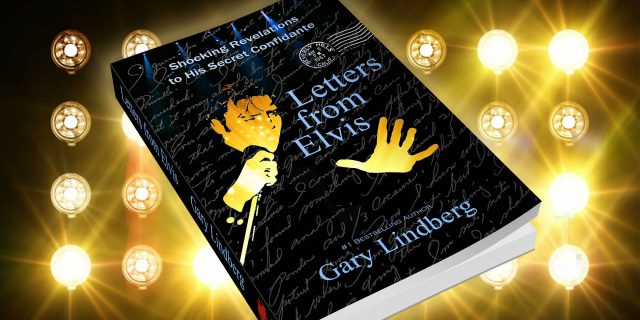 Hollywood, CA (The Hollywood Times) 11/20/18 – Every once in a while you come across a book you wish you hadn’t bothered opening – a rare occurrence, but it happens. Gary Lindberg’s latest scribblings, Letters from Elvis, does just that. The book’s title leads you to believe that you will be reading actual letters from Elvis while the back jacket states: “This book is not affiliated with Elvis Presley, Marlon Brando, Harry Belafonte, Tom Jones or Priscilla Presley.” Why stop there? 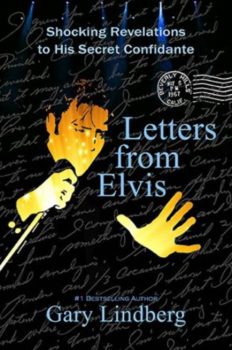 The author claims to have struggled for 30 years to bring about new information about Elvis Presley with “explosive revelation” – you get over 200 pages explaining why you can’t read or see the alleged “handwritten” letters Lindberg claims he has in his possession from a woman who allegedly corresponded with Elvis as his alleged spiritual guide. Lindberg’s greatest burden – he claims – are the publishing laws and rights that allegedly force him to type out what Elvis wrote – because he’s legally tethered. Then he can only reveal so much – for example:

Marlon Brando went to help Elvis move boxes before they were beaten, tortured and then kidnapped at Elvis’ house… but Marlon was dropped off at home before the mob took off with Elvis in the trunk? Okay, I got it, there’s an ET in there somewhere or at least an extraterrestrial Elvis baby alive and well in Hollywood! That’s the title he missed: ALLEGED LETTERS FROM ELVIS AND FRIENDS: THROUGH THE SPIRIT EYE OF AN EXTRATERRESTRIAL THAT GREETS AN ALTAR BOY ON ACID.

It’s not even that badly good… really.

Deep discounts on www.amazon.com or www.barnesandnoble.com