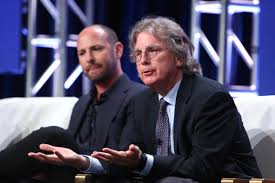 FRONTLINE has crews across the country and around the world investigating the most crucial stories of our times.  Ever since the 2016 election, Facebook has been in the news.

Problems with the safety and privacy of Facebook’s platforms are not new, nor is the bigger issue of Facebook’s effect on democracy both here and abroad. FRONTLINE is tracing these problems through the history of Facebook as it evolved into a company with unprecedented power over the flow of information that actually provides a healthy and vibrant democracy.  It will also offer viewers access to how Facebook is trying to solve these problems now.

How much of what has transpired on social media for the last two years has been based upon ignorance and how much has been based upon opportunism?  Roger McNamee “happened to see things going wrong” with Facebook in 2016.  He went to CEO Mark Zuckerberg and COO Sheryl Sandberg in October of 2016 with his concerns that Facebook was being manipulated to harm innocent people.

“What I’ve discovered since then is that the culture of the company took them to a place where they had a very fixed goal, which was to connect the world and to build the largest, most valuable network of history of humanity,” said McNamee. “And they convinced themselves that literally everything was okay in the service of that goal and that anything that got in the way of that goal could be either ignored or eliminated.”

“I think that they were willfully blind to what was going on during 2016,” continued McNamee.  “Yet, they obviously knew that they had this massive surveillance engine.  They were helping the Russians, and for as far as I can tell, the evidence seems to suggest they knew they were dealing with Russians and that they approached it like any sales thing where their job was to get a hundred percent of the available budget. . . .I think it literally never occurred to them that there was something wrong with what they were doing.” 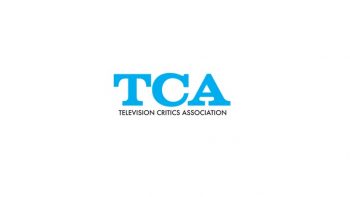 A researcher named Zeynep Tufekci, who is interviewed in the FRONTLINE film, said from very early on she was talking to people at Facebook about the fact that they basically needed a “paranoia department” with independent outside researchers and critics who could think through all the sorts of potential problems or downsides of creating this kind of technology, but they didn’t do that.

During the first 50 years of Silicon Valley from 1950 to 2000, there was never enough processing power, storage, memory, or bandwidth to do what you wanted to do.  That put a huge premium on experienced people who could figure out how to get the most out of what they had, technically speaking. 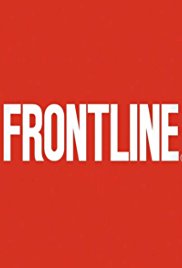 All of the constraints started to come off around 2003 right before Facebook was founded.  The result was that you could build a company entirely of 20-year-olds with no experience in an environment where you’re basically absolved of responsibility for the consequences of your actions, and that is going to produce some problems.

But the other side of this is the users who are wild about new technology that serves their own purposes.  “Technology optimism” used to seem entirely rational, but is now dangerous.  Most users have no idea how much privacy they are forfeiting to use platforms like Facebook.

Dana Priest, who has covered intelligence agencies as a reporter for the past ten years, said, “[Facebook] is an organization that is more powerful than any US intelligence agency in the world and, yet, it has none of the regulations and limits that these agencies have.”  Facebook maintains an enormous reservoir of data that is used and sold every single day!

It seems inevitable that a worldwide social network would come to have its share of scandals.  Are some of our parents and grandparents wise to avoid the Internet?

Unfortunately, it may no longer matter if we are to believe the FRONTLINE film. The folks who are not on the Internet are actually no better protected than those who are off.

Our democracy is now in the hands of Facebook, YouTube, and Twitter.  They will have a disproportionate say in whether there are free and fair elections this year and in the future.  And up until now there have been no consequences for this. 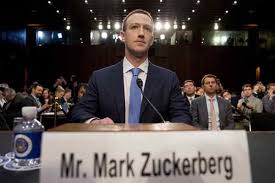 Shouldn’t this country have a voice in deciding whether democracy is going to go away or not?  That is what the FRONTLINE team thinks!

And social media companies are NOT democracies.  They are run along authoritarian lines and there is no reason to believe that they would be good stewards or arbiters of truth.

Surely no one who signed up for Facebook in the early days would have wanted the company to use big data against them.  All anyone wanted to do was stay in touch with far-flung friends and family.

Facebook has acquired inestimable power as the main global media distributor throughout the world.  Over time they have gotten all the advantages of being a media company without any of the responsibility.  And that is one of our biggest problems.

At any given time, Facebook can choose a handful of items to put into its news feeds that serve its own economic interests.  They might prefer inflammatory messages over neutral ones to increase user engagement.  They have in fact gone out of their way to do this because that is what generates the most profit.  And the First Amendment is being used to protect Facebook’s freedom of speech, not that of the users. 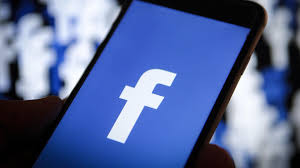 To date the U.S. Government has not regulated Facebook one bit.  The agencies that you would think would protect us citizens from an outside government that is hostile to the United States like Russia have not and will not do anything substantial to make sure this doesn’t happen again!

Somehow we have ceded our public space and information flow to a few very powerful media companies without much oversight.  Even during Congressional hearings, the tough questions may not get asked and appropriate checks and balances may thus not get applied.

The interference with the 2016 election wasn’t a hack, it was Facebook’s business model being used exactly as was intended according to Roger McNamee.  And something like this could easily happen again in 2018!

So what is the solution?  For one thing, Facebook shouldn’t be allowed to support election campaigns in their advertising programs.  And private citizens like us need to stand up and demand change! 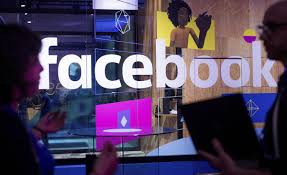 FRONTLINE’S “The Facebook Dilemma” is due in the fall.  Get ready for some fireworks!