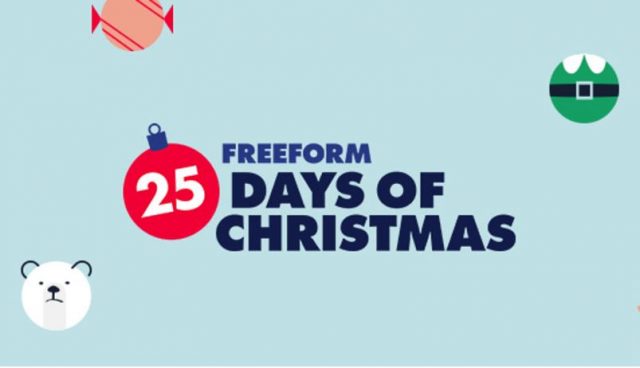 Production Begins on ‘The Truth About Christmas,’ From MarVista Entertainment

Kali Hawk (“New Girl”) stars as Jillian, a successful political consultant, confident in her ability to put a spin on anything whose next big project is the upcoming mayoral campaign for her boyfriend, George (Damon Dayoub, Freeform’s “Stitchers”).

On the way to meet George’s family for the first time during the holidays, an unusual confrontation with a toy store Santa results in a drastic change in Jillian where she can’t stop herself from wildly spilling the truth.

Ali Ghandour (Freeform’s “Alone Together”) costars as George’s brother Blake, who believes you should always be true to yourself but thinks Jillian just might be losing it. Jillian must find a way to make it stop before her holidays, her job and her relationship are ruined.

“The Truth About Christmas” was written by Kelly Bowe (“Monte Carlo”) and directed by Jay Karas (“Alone Together”, “Teachers”). The movie is executive produced by Fernando Szew, Hannah Pillemer, and Gaylyn Fraiche.

Part of Disney|ABC Television, Freeform connects to audiences and goes beyond entertainment with bold, original programming and immersive social engagement. As Disney’s young adult television and streaming network, it delivers a unique mix of quality original and acquired series, plus fan-favorite movies and the holiday events “31 Nights of Halloween,” “Kick Off to Christmas” and “25 Days of Christmas.” The Freeform app is a service that allows viewers with participating TV subscription services access to 24/7 live viewing of the network, as well as continued on-demand access via a wide array of devices.

Founded in 2003, Los Angeles-based MarVista Entertainment is a leading independent entertainment studio that produces, acquires and distributes premium film and television content worldwide. With a library showcasing nearly 2,500 hours of content, and with approximately 50 new movies per year added to the company’s distribution pipeline, MarVista has become one of the largest suppliers of movies to the worldwide marketplace. MarVista has an expansive distribution footprint spanning more than 125 global territories, and has grown to become a pre-eminent supplier of programming to major cable networks in the U.S., including Disney Channel/Disney XD, Lifetime, Hallmark Channel, NBC Universal, Nickelodeon, Viacom Networks, as well as key international broadcasters, cable networks and digital platforms including Netflix. MarVista’s recent projects include 2017 Sundance Film Festival Feature, Bitch and 2018 Tribeca Film Festival Feature, Seven Stages to Achieve Eternal Bliss, the first two films in a multi-project partnership deal with Elijah Wood’s Company X/Spectrevision; Rebel, the dramatic series from executive producer John Singleton that premiered on BET; King Kong Skull Island, a live-action series currently in development; and the original limited series Best Worst Week Ever for Netflix.