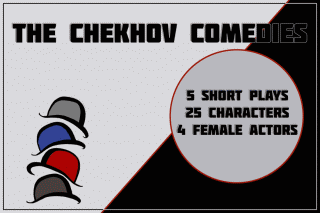 WHAT: The Chekhov Comedies. An evening of five short pieces for the theatre. (An Unwilling Martyr, The Wedding, The Bear, The Proposal, The Anniversary).

WHO: Written by Anton Chekhov. Directed by Rebecca Lynne. Presented by Dean Productions.

WHERE: Brand Park, 1601 W. Mountain Ave., Glendale, CA 91201. This is an outdoor presentation. Audience members are encouraged to bring lawn chairs or blankets. Picnickers and families are welcome. Free parking is available in the park. 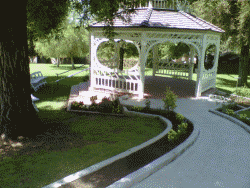 ​Anton Chekhov (1860-1904) was a medical doctor who was celebrated as one of the greatest short story writers of his generation and as a playwright. His famous full-length plays include The Seagull, The Cherry Orchard, Uncle Vanya and Three Sisters. Dean Productions presents The Chekhov Comedies, five of his lesser-known short works. They will be performed by an all-female cast of four woman who will portray twenty-five characters.

​The storylines: On the anniversary of a successful banking institution, its director suddenly finds himself in what may appear to be a compromising position.

A marriage proposal may be suddenly derailed by a dispute over a small parcel of land.

At a wedding, the bride’s parents have paid for a general to be a V.I.P. speaker at the festivities. Will they be the targets of a swindle?

A fellow collapses on a friend’s couch, seeking respite from the many favors being asked by others…guess what happens next?

A hardened man suddenly finds himself falling hard for the widow who owes him money.

​Rebecca Lynne, the Founder and Artistic Director of Dean Productions Theatre Company, helms this production. She has previously directed in New York, Washington D.C, London, Bali, New Jersey and California. Her previous directing credits include The Tempest, The Importance of Being Earnest, The Comedic Tragedy of Macbeth, The 39 Steps, A Midsummer Night’s Dream, The Last Five Years, Into the Woods, The Lady of Shallot, Love’s Labours Lost, The Mikado, The Ghost Sonata: The Opera, much more.

​Bring a sweater and blanket. The evenings in the park can be chilly.

​If you’re a fan of Chekhov, you’ll really enjoy The Chekhov Comedies. If you’re new to Chekhov, you’ll see how he became an important influence for comedy writing in the 20th Century and beyond.