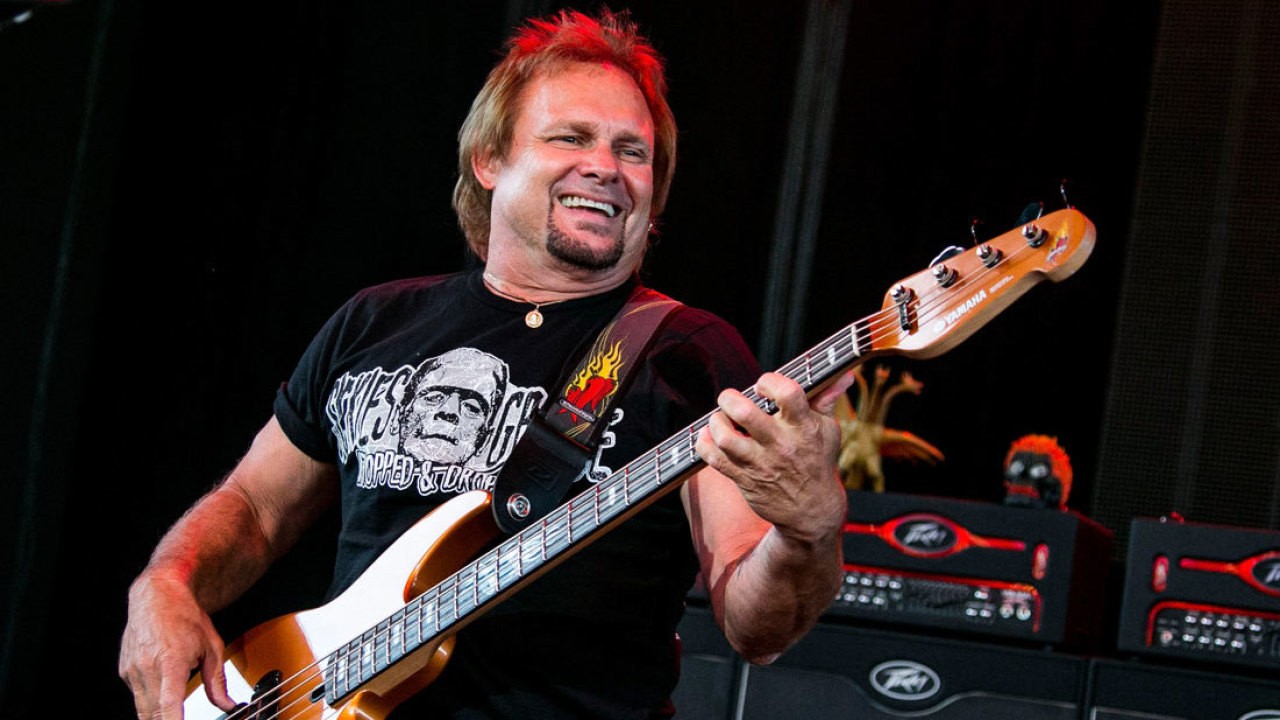 Condolences are in order for former VAN HALEN bassist Michael Anthony on the death of his infant grandson Rex. The boy was born two weeks ago with a fatal heart problem.

“We are tremendously proud of Rex. In the short time on Earth, he left a lasting impression that our family will cherish.

“I am doing the ‘Walk L.A.’ in June for Children’s Hospital L.A. with our families to give back a little to the hospital that did so much for my grandson and other children that come here. Our team is called ‘Rex and the Heart Beaters.’

“Thank you from the bottom of my heart for any donation to support my walk for Children’s Hospital L.A.!”

Anthony and his family are hoping to raise $5,000 in donations to benefit Children’s Hospital L.A., already reaching over $3,000 as off this FACEBOOK posting.

Anthony‘s family writes: “Rex Becerra (son of Elisha and Billy Becerra) was born March 20, 2017, but was quickly diagnosed with heart disease. Within nine hours of birth, he was transported to two hospitals and ultimately landed at Children’s Hospital L.A. where he underwent open heart surgery.

The surgery was successful. However, Rex‘s heart was to weak to overcome the recovery. After watching him decline to a condition we understood he could not return, we decided to hold him in our arms while life support (ecmo) was removed and he peacefully went to join the angels in heaven.

“We are tremendously proud of Rex. In the short time on earth, he left a lasting impression that our family will cherish.

“We really appreciate The outstanding support from friends and family and the incredible staff at Children’s Hospital who did everything possible to save Rex‘s life.

“Children’s Hospital is non-profit and often comes to the rescue for children when other hospitals run out of medical options for their care, including Rex.

“Walk L.A. is the walk that supports the only hospital solely dedicated to the health of children in Los Angeles.

“Here are a few ways you can get involved:

* Donate to our page to help me reach my fundraising goal.
* Join the Walk and create your own fundraising page for Walk L.A.!

“I hope you’ll join me at the walk and help support my fundraising efforts with a donation to Children’s Hospital Los Angeles. Your tax-deductible gift will make a difference in the lives of many young patients and their families. Any amount, great or small, will be greatly appreciated and will help us create hope and build healthier futures for the families of Southern California and beyond.”

Anthony revealed in a 2016 interview that he reconnected with VAN HALEN drummer Alex Van Halen less than a year ago after more than a decade of not speaking to each other.

Anthony, singer Sammy Hagar, Alex and Eddie Van Halen last teamed up in 2004 for a VAN HALEN U.S. summer tour. In exchange for taking part in the tour, Anthony reportedly had to agree to take a pay cut and sign away his rights to the band name and logo.

In 2007, the Van Halen brothers, Wolfgang Van Halen and singer David Lee Roth announced they would be hitting the road for a reunion tour. Anthony later told Music Radar that he “found out about that tour like everybody else did — in the press.”

Anthony has played primarily with Hagar in the thirteen years since he last performed with VAN HALEN, in groups like CHICKENFOOT and THE CIRCLE.