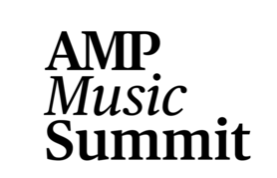 (For Immediate Release: April 23, 2020) – Today, AMP Music Summit announces the first wave of its confirmed speakers, panelists and topics for their upcoming virtual summit, “Prepping for a Post-Covid World: Trailblazers & Thought Leaders Come Together for the Music Industry.”

Exploring the impact and opportunities created by this pandemic, AMP Music Summit will include digital fireside chats, panels and workshops with best-selling authors, thought leaders and experts from music, technology, finance, HR and business culture. Proceeds from AMP Music Summit will be directed to COVID-19 relief funds.

AMP Music Summit Co-Founder Josh Levine says, “These are scary times, but it’s also exciting to have the opportunity to pivot, to rewrite the rules and to reinvent how we do business. I’m energized to see people try new things and learn quickly.”

AMP Music Summit Co-Founder Simon Rust Lamb says, “Even in the worst of times, we all have the ability to lift others. We are focused on serving our community by sharing critical insights in this evolving crisis and working to raise funds to help people in the music industry impacted by COVID-19.”

Key topics include: how to lead through tough times, pivoting in the face of immense challenge, livestreaming case studies and insights, marketing and monetization, the future of the live music business, staying safe & sane, and tips for finding employment in the face of widespread unemployment.

This independent music conference will take place in a virtual space near you and will feature guests from around the world on May 6, 2020.

Additional speakers, plus panels and workshops will be announced. Additional details and free registration available at www.AMPmusicsummit.com

AMP Music Summit is created and curated by music industry veterans Josh Levine, Seth Combs and Simon Rust Lamb, Esq. Our summit exists to empower the music ecosphere to support and inspire each other through tales of truth and transformation.

Simon Rust Lamb Esq. represents best-in-class festival producers and creatives in strategy and business development. In his former role as Insomniac’s COO and General Counsel, Lamb shepherded the explosive growth of Electric Daisy Carnival (EDC) while overseeing a global festival portfolio. A career-long journalist, Simon writes about music business and culture, currently as a Billboard freelancer. He serves on non-profit boards at Pablove and Film2Future.

Josh Levine is founder of Rebel Industries, a culture-marketing agency that builds brands through partnerships, content, and experiences. Josh hosts the Rebel Radio podcast featuring interviews with artists and entrepreneurs who are shaping youth culture.