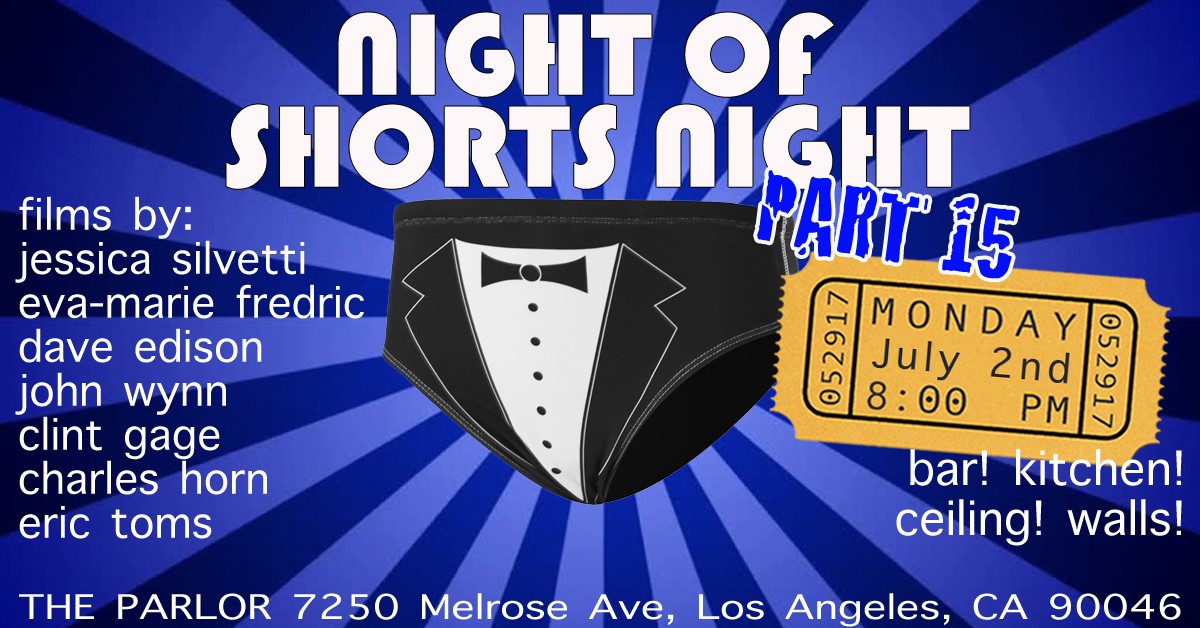 June 26, 2018, Hollywood, CA – The Parlor, (The Hollywood Times) 06/26/2018 – A comic walks into a bar… In this case Eric Toms (a stay at home dad by day and warm up comic by night – typically for game shows) and his two friends, David and James Codeglia, (the brothers work for J.J. Abrams’ production company, Bad Robot) were tired of tossing their completed short films up on-line so they decided it would be fun to put together a screening night to showcase their work in Hollywood.

Toms, a Silicon Valley native, contacted a bar on Melrose Avenue whose owners agreed to an evening screening. Eric Toms says, “We were delighted so we made reservations, sent out flyers and invited our friends. When we arrived for the actual event night, the lights were off, the doors were locked and no one answered the phone. Our friends began arriving and as I drafted an apology in my head, my wife (Heather) and our friend (Alison) offered to find a new location. I scoffed at the idea.”

Who in Hollywood would have a location and allow them to screen a bunch of shorts with no notice? Eric felt it was an impossible situation but within a few minutes his wife called to inform him that they had found a place just a few blocks up the street. Thus began a monthly evening screening event with The Parlor on Melrose in Hollywood and the Night of Shorts Night was born. This makes the July 2nd series the 15th month and going strong. 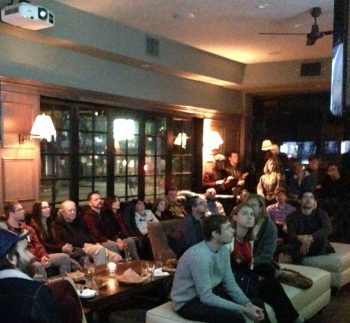 Eric says, “When the Parlor’s general manager, Patrick, approached me after our first night and asked if we’d like to hold another film night. I jumped at the opportunity and now nearly a year and a half later we’ve screened over 120 short films, documentaries, music video, web series and
more! I feel so many filmmakers are frustrated when it comes to film festivals. Often times short filmmakers are using their own money to fund their work and shoot in their spare time and rarely do any of them have the additional funds that film festivals require, the process fees are just too high. Ask any filmmaker and he or she will tell you the second a stranger watches their work it becomes a brand new experience. That is one of the reasons the Night of Shorts Night is completely free to exhibitors and audience members alike.”

Monday July 2nd from 8-10pm the Night of Shorts Night returns to the Parlor in Hollywood! They will be screening films by some of the best established and up-and-coming film makers. Come see the work of these great artists: Eva-Marie Fredric, Dave Edison, Jessica Silvetti, John Wynn, Clint Gage, Charles Horn & Eric Toms.

The event is completely free, including street parking. There is a full bar and kitchen and valet parking is available.

Contact: If you’d like to screen your short with us then send a link to eric@erictoms.com. We accept any genre and length, but prefer shorts between 5-10 minutes. We do ask that filmmakers be present on the night of the screening which is the first Monday of every month from 8-10pm at The Parlor, located at 7250 Melrose Ave, Los Angeles, CA 90046.