Los Angeles, CA (The Hollywood Times) 9/25/17 – In October of 1922, Grauman’s Egyptian Theatre hosted Hollywood’s first ever movie premiere.  It was a seminal moment in American history.  Last night, a central figure in film  history, in celebration of the 75th Golden Globes, introduced  a restored screening of Elia Kazan’s “A Face in the Crowd” at the same theater.   Both the film, and the theater, have been restored, (with the theater still undergoing another phase to reach it’s full glory; new Italian fabric covers the seats, murals in the courtyard have been restored, and projection and projection booth upgrades have been made.)

Steven Spielberg appeared after two introductions, too much fanfare, and nearly everyone surrounding him lurched out of their seats as he took the podium; (just after HFPA president, the regal Meher Tatna, pledged to continue restoring films through the HFPA for another 75 years–90 films have already been restored).

Spielberg’s journey to the podium was eventful.  The packed audience, including press, VIP’s, HFPA members, and lucky members of the general public, snapped to attention and pulled out their cameras as he made his way to the mic.

“I’m really happy and proud to be here this evening at the inaugural event of the special screening series celebrating the 75th anniversary of the of the Golden Globe Awards,” he said, pointing out that HFPA is also a generous supporter of entertainment related charities, scholarship programs, and humanitarian efforts.

Spielber’s particular interest, however, was in the HFPA’s preservation and restoration of classic films, like the one being screened Wednesday night.

“I think it’s evident from this remarkable diverse group of films that the Hollywood Foreign Press Association is passionately committed to the preservation of the art of cinema. And as a Film Foundation Board Member, and also one of it’s original founders, I know I speak for all of us, including Mr. Scorsese back in New York when I say how grateful for your continued support in letting us preserve all of them.”

Spielberg went on to point out the genius of Kazan’s “A Face in the Crowd,” and it’s theme, revolving around the American obsession with fame.  He promised the audience they “wouldn’t recognize” an irredeemably dark Andy Griffith in the role of Lonesome Rhodes.  After viewing the film in the current political climate, it was difficult not to surmise that Spielberg and the HFPA hadn’t considered the parallels between the film’s message and the current U.S. administration.

Audience members audibly speculated as to the blatant similarities as they filed out of the theatre.  It’s a brilliant film, far ahead of it’s time and eerily prophetic.  Griffith and co-star Patricia Neal are as painfully relevant–maybe even more so–as they were in 1957 when the film was originally released.

Past, present, and future seem inextricably intertwined Wednesday night.  The HFPA brought out a meticulously restored film that makes it clear that history repeats itself.  It was introduced in person by Hollywood’s reigning king; and it was shown in a theatre that stands hallowed as an institution, and will push into the coming years with new resolve and a new lease on life. 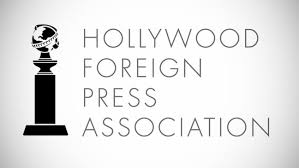 HFPA’s fanfare surrounding the film restorations at The Egyptian didn’t end with Spielberg.  Thursday night, Christopher Nolan introduced a screening of “The Red Shoes” as well.