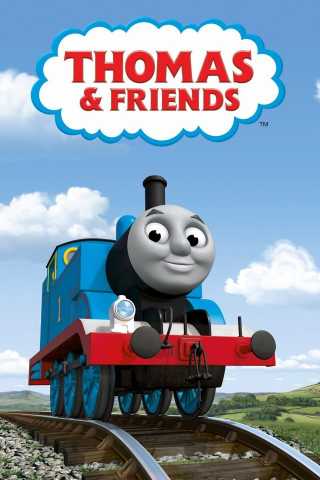 All aboard! A brand-new season of the fan-favorite series is coming down the tracks Saturday, May 18, at 9:30am on the Nick Jr. Channel! Preschoolers and families from coast-to-coast and everywhere in between can tune-in to join the world’s most iconic blue engine, Thomas the Tank Engine, on his epic globetrotting adventures to discover new cultures and countries he’s never visited before.

The jam-packed Season 23 includes 20 engaging new episodes, plus three debut specials, in which Thomas visits two countries for the first time – Italy and Brazil. He also heads to China, India and Australia, and spends some time back on the familiar Island of Sodor – making many new international friends all along the way! Featuring storylines full of wonder and curiosity, the newest season of Thomas & Friends will captivate the imagination of young viewers, while teaching them about the world in a fun way. 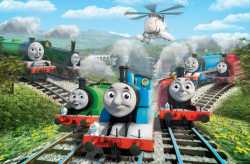 The debut episode features two action-packed stories – including Thomas’ very first trip to Brazil! In “The Other Big Engine,” Thomas is working on the Brazilian Railway when he meets Gustavo, a big blue engine that reminds him of his friend Gordon back home, while “Grudge Match” finds Raul looking to beat Thomas in a game, only to have his super‐competitive nature get him into trouble. Additional episodes will premiere throughout the spring and summer.

And girl power continues to be a key theme for Thomas & Friends, with the female engines showing their strength as they succeed at difficult jobs and help each other overcome challenges. The new season will feature a special episode that focuses on Emily, Rebecca and Nia – the three girls in the Steam Team.