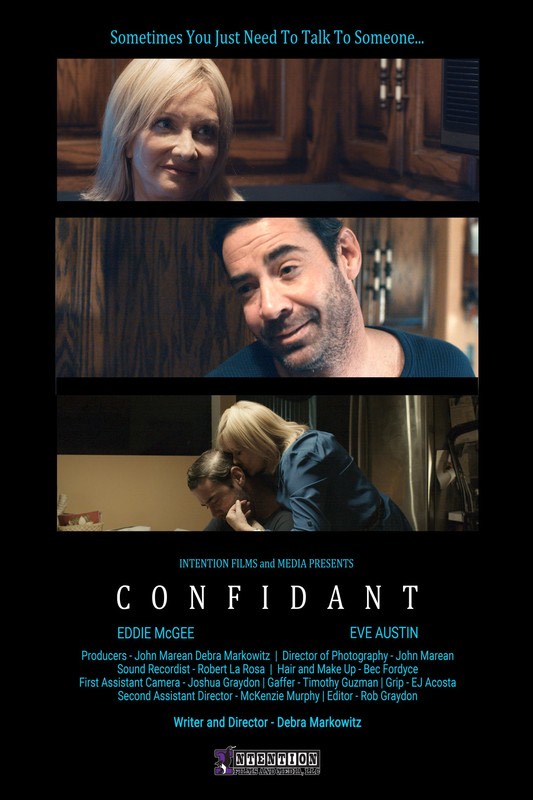 You recently won the best actress in a drama for Confidant at the Venus Italian International Film Festival. The film was created and directed by Debra Markowitz who also won for best director and best drama. What attracted you to this role?

Confidant was inspired by a friend of Debra’s grief over the loss of his mother whom he had shared an apartment with in her later years and put this tale together to tell the story of Momma Ragu in the hope of touching people. The story is about A mother confronts her son, a down-on-his-luck stunt man with a broken marriage, to help him move forward with his life.

I thoroughly enjoyed shooting every moment of this film. The atmosphere was collaborative, calm, and trusting. I enjoyed watching a shot that John Marean the DP and Executive Producer was trying to get off my character reflecting off an oven door, Which spoke volumes about the story. The shot definitely worked as will be able to see in the film.

How did this role challenge you as an Actor?

The balance between playing a warm empathetic mother who also had to dole out tough love for her son.

You will be in the film, Man and Witch, Paying homage to the fantasy films of the 1980’s such as Never Ending Story. The film is directed by Rob Margolies and stars, Christopher Lloyd, Reah Pearlman, and Sean Astin. What intrigued you about this character? What excites you about this film?

What excites me about the film is that it is a fantasy tale within a film. Fantasy has so many metaphors and lessons for humanity. Have always loved Joseph Campbell’s Hero’s Journey where he describes many of the archetypes in fairy tales as they relate to humanity. Fairy tales have a great deal to teach us. Right now is the best time to create a fantasy tale for all ages.……………

This year marks your 1st appearance on the iconic show Law & Order. What did you enjoy most?

To begin with, finally getting an audition for this show which I’ve always loved as an audience as well as an Actress. The company runs a tight ship and their work ethic is superb. They could not have been nicer or more professional. Dick Wolf has created a universe with this show. He is brilliant.

WINK directed by John Gallagher won the best comedy at the Venus Italian International Film Festival. Tell us about your role and what it is like working with John Gallagher.

John is a dream to work with. He knows exactly what he wants and has brilliant ideas of how the film works best in terms of camera angles/layout and technical effects. He lets actors do their thing because he loves and trusts them. There is a reason why he has been awarded 7-lifetime achievement awards.

You are equally adept at drama and comedy. What do you look for in a role? What would a Director notice about you?

I look for as much personality juxtapositions as possible. The psychology behind the person I am portraying, what makes them tick. How does their presence serve the story we are telling. A Director would notice my willingness to collaborate with everyone. My professionalism, love of people, support of my fellow actors, preparedness, and the sheer joy of being on a set.

Tell us about the film, “American Fango.”

American Fango was a gorgeous story told from a different point of view… A coming-to-New York love story about an Italian actor who comes to New York City from Rome, and through a series of misadventures becomes romantically involved with a woman and ends up changing his life for the better. 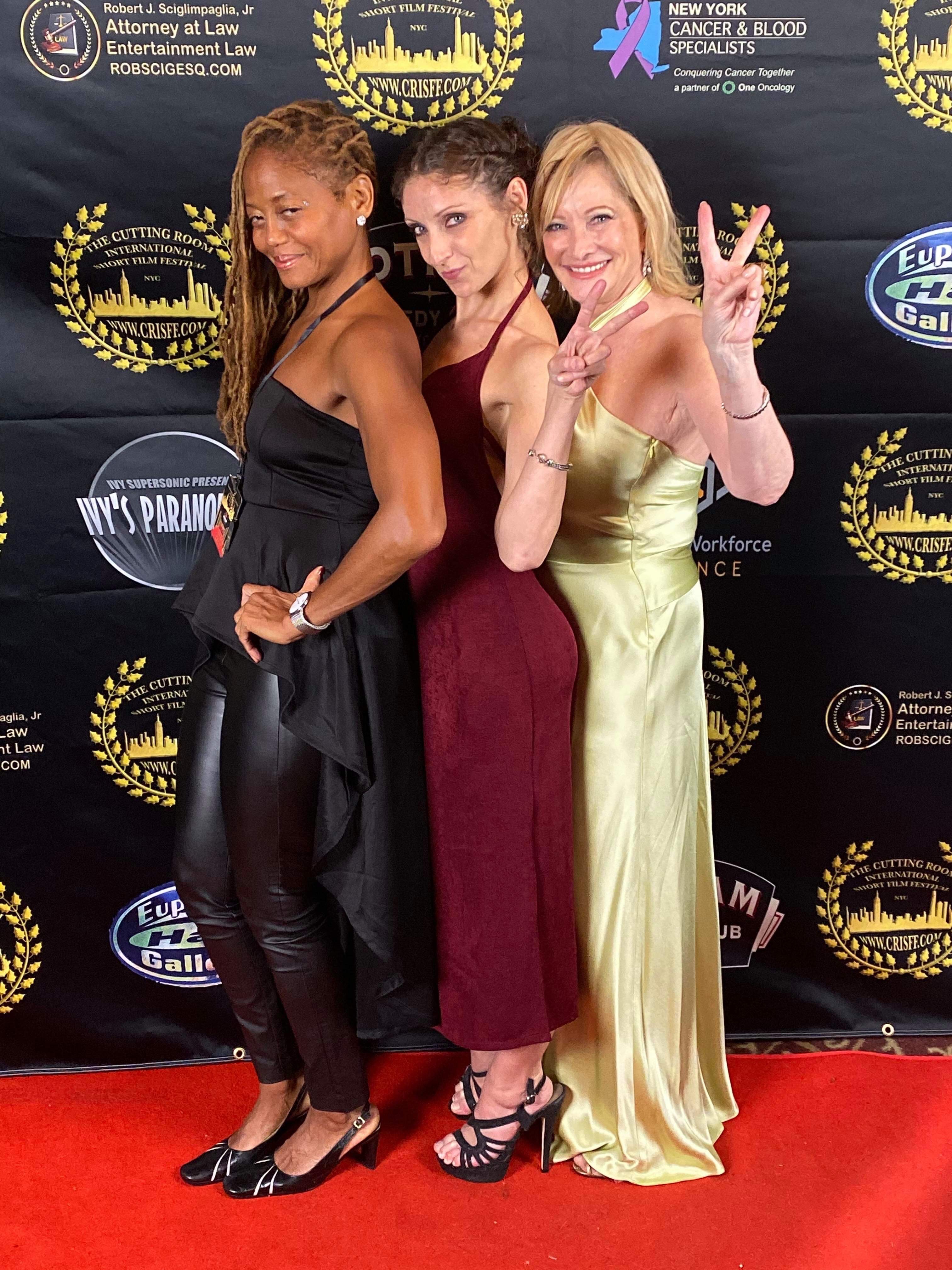 You will be rejoining the iconic Director, John Gallagher once again for this hilarious Mob Comedy All Mobbed Up. Tell us about your role. What will people enjoy most about the film?

This will be my 3rd project with John Gallagher and I am always so honored to be asked back to any of his sets. I feel so close to the people he casts, it is like a film family. The film is unusual, well written and funny. John sometimes allows you to improvise a bit, and that is a way I love to work.

What roles would you like to land in the near future?

For me, it always begins with great writing. The opportunity to create a character that is multilayered, perhaps not really the way they present themselves to the world. Projects that change people’s lives for the better or teach them something about themselves and how they can be better humans or create change and be more empathetic to the world. Fictional characters as well as a non-fictional, comedy as well as drama.

I have been working on Lola Does Manhattan for several years now. Originally shot as a web series I am making it into a short film. In it, I play Lola as well as Lola’s alter ego Heidi- who no one can see except Lola and the audience. It is about finding your life no matter what age you are. You are never too late to learn. I have written a 30-minute script for this show that features baby boomers who represent 40% of the market and 80% of all expendable income. I am collaborating on a short film comedy that will be shot in Las Vegas in early December. Also, I have a few projects in the Film Festival circuit;

“Three For The Road” is a short film from a mid-life adventure series for wounded warriors of the feminist wars.

When three strong, independent, intelligent women come together seeking spiritual enlightenment, or maybe just ‘sexual healing,’ they soon discover that although their paths have been very different, they have converged at a junction that leads them to a new life filled with all kinds of unlikely adventures. It is a poignant look at the indomitable spirit of three very different, powerful women, who have not allowed adverse circumstances to derail their commitment to living fully, with laughter, love, and adventure.” It won the best ensemble award last year.

LEGIT The story of one woman’s struggle to be the top executive of the oldest profession in the biggest city. In the city that never sleeps, Kathleen Oakmont is considered the gate-keeper to it’s darkest desires. A Madam by trade, she runs the most successful and luxurious brothel in Manhattan. A trusted confidant of her clients, Madam Kat, knows how to run a good business. She’s ruthless, loyal, and is the keeper of many secrets for her high ranking clientele.

Currently, there are 4 films that I am in as an Actress streaming on amazon and most VOD platforms. They are features: