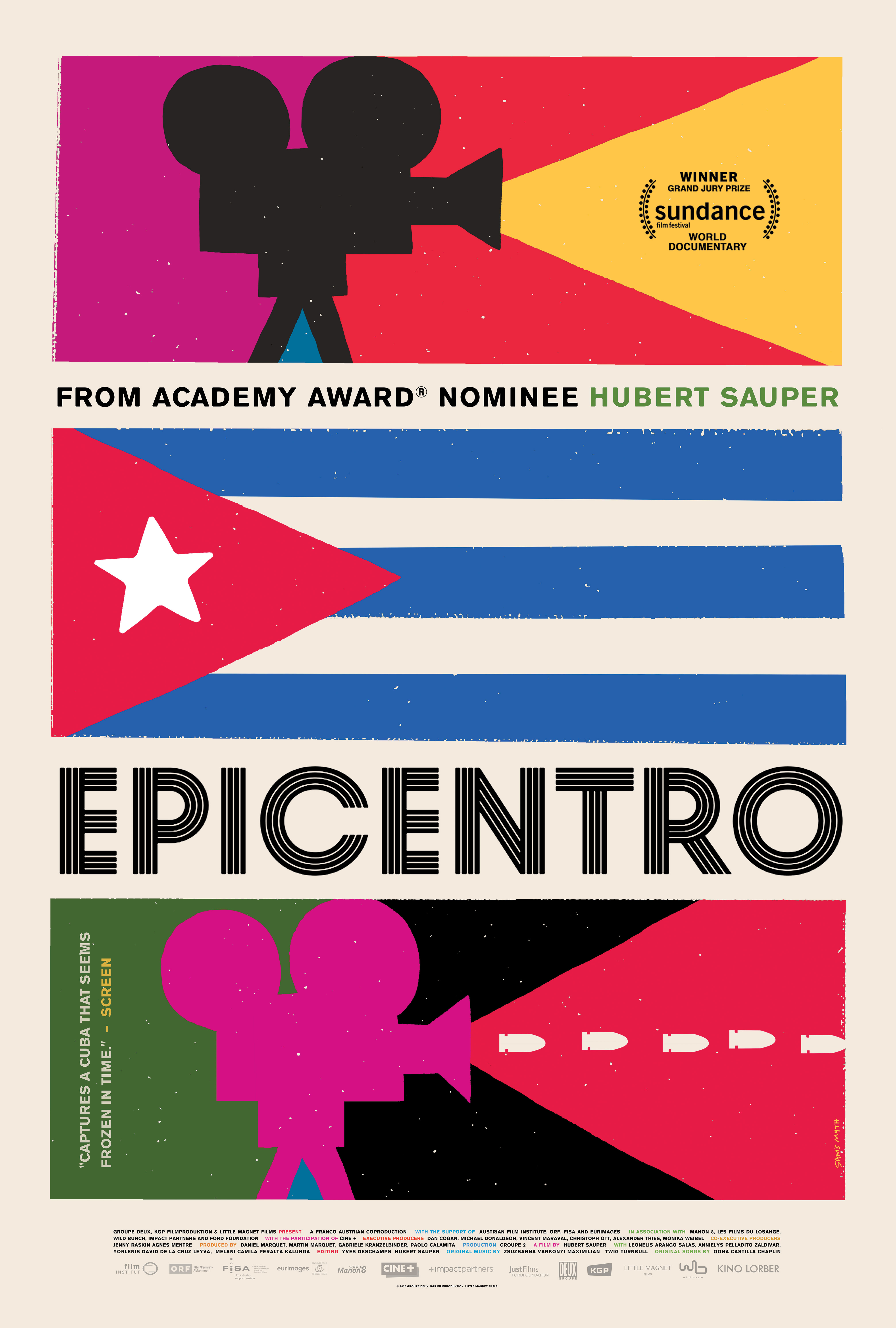 Los Angeles, California (The Hollywood Times) 10/16/2020 –  EPICENTRO is an immersive and metaphorical portrait of post-colonial, “utopian” Cuba, where the 1898 explosion of the USS Maine still resonates. This Big Bang ended Spanish colonial dominance in the Americas and ushered in the era of the American Empire. At the same time and place, a powerful tool of conquest was born: cinema as propaganda. In his latest film, Hubert Sauper explores a century of interventionism and myth-making together with the extraordinary people of Havana—who he calls “young prophets”—to interrogate time, imperialism, and cinema itself. It is the WINNER OF THE SUNDANCE WORLD CINEMA GRAND JURY PRIZE: DOCUMENTARY. Now Playing through Kino Marquee: https://kinomarquee.com/

Your film has been described as a brilliant mix of historical-poetic analysis. Tell us about Epicentro.

Well, that’s flattering. I am not sure if a film of this sort can be an “analysis”. This kind of cinema d’auteur is “a way, a special prism to see the world”.

“History” is also a problematic term: what does this mean? “What really happened in the past?” History is the collection of uncountable versions of how events are recalled, and how they are communicated: the moving images of the explosion of the USS Maine, for example, “are history”. A little detail to this story is that these “historical movies” were shot with miniature ships in a bathtub in New Jersey, with firecrackers and cigar smoke. The real explosion of the “Maine” happened in the darkness, on a hot night in the Habana harbor – almost unseen, except by the poor sailors who perished there and then in 1898. This “big bang” in geopolitics conditioned real history until today. This was the ground zero of “Hollywood” but also of the US as a world empire. 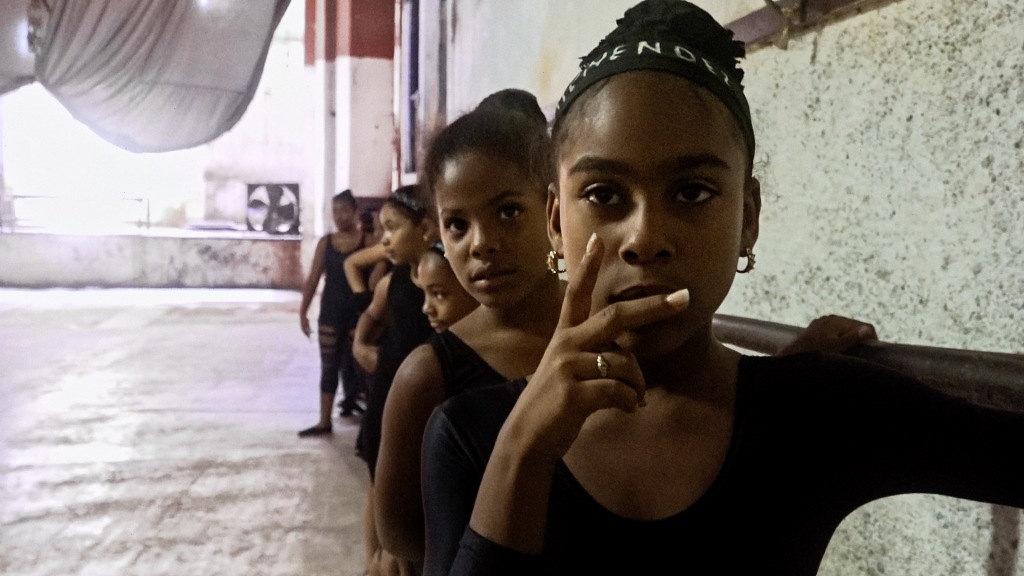 You call the CHILDREN of Havana, “Young Prophets,” expound on this idea.

Complex stories are usually told by “wise women and men” meaning highly educated people, who are typically filmed as talking heads with a background consisting of massive bookshelves – which these people supposedly must have read or written. As a cinema maker, I am never trying to “explain or analyze” our world. But I try to turn the complexity of our world into something new, into a sensual experience, so to say. The humans that “talk to our mind and soul” is in this case children at the age of ten to twelve, who grow up in the precise place where world history was written: around the port of Havana. Calling them “young prophets” was a way of honoring my respect for their beauty and intelligence. But also, to say that cinema is, despite its makers, a form of prophecy. It creates reality.

What is about socio-political documentary films that fuel your soul?

It is more attractive to me to call this form “non-fiction cinema” or cinema verite. What fuels my soul? Here’s a possible answer: Growing up in the Austrian Alps (“inside the Sound of Music”) was an exercise of surviving unbelievable contrasts. Since the green valleys with mountain lakes, glaciers, deep blue skies, and purple-red flowers, were also the place where the demons of the Third Reich survived the longest, say decades after the end of WW2. The great war was “not over” when I was a child. And if that contrast was not enough, the time of my young years was also the peak of the Vietnam war. The bomber pilots from these macabre battlefields came to my parent’s mountain inn (via Frankfurt US airbase, then a hub between Vietnam and the USA) to “cool down” from the bombing missions. So here is the answer: I got fascinated by the collision of worlds and times. 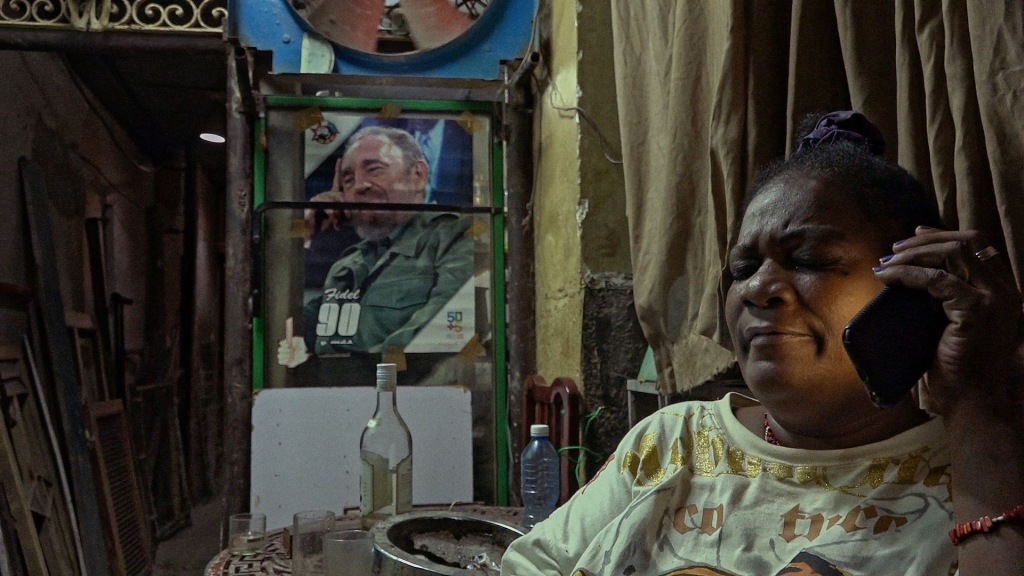 Who are the people of Havana?

They are “my sisters and brothers”. They are the quintessence of joy, smartness, and resilience.

What challenges did you face while filming?

One challenge was to set up “a day to day life” in old Havana as, obviously, a “stranger”. A stranger in the Cuban revolutionary context is always a potential threat, a spy, an unknown factor from “outside”. I had to break this ice and set up the center of life for three years in the “Epicentro” – my hood in Havana. I also had to break the ice with the authorities. Becoming a Cuban resident facilitated this, and that in turn was possible because I accepted to teach cinema at the international film school in Cuba.

Then, living on a rooftop of old Havana bears daily challenges that many westerners hardly have to deal with – how to get clean water or food, how to find transportation. Even connecting to the internet was a task on its own. But there’s only one real challenge: create a challenging, inspiring movie. 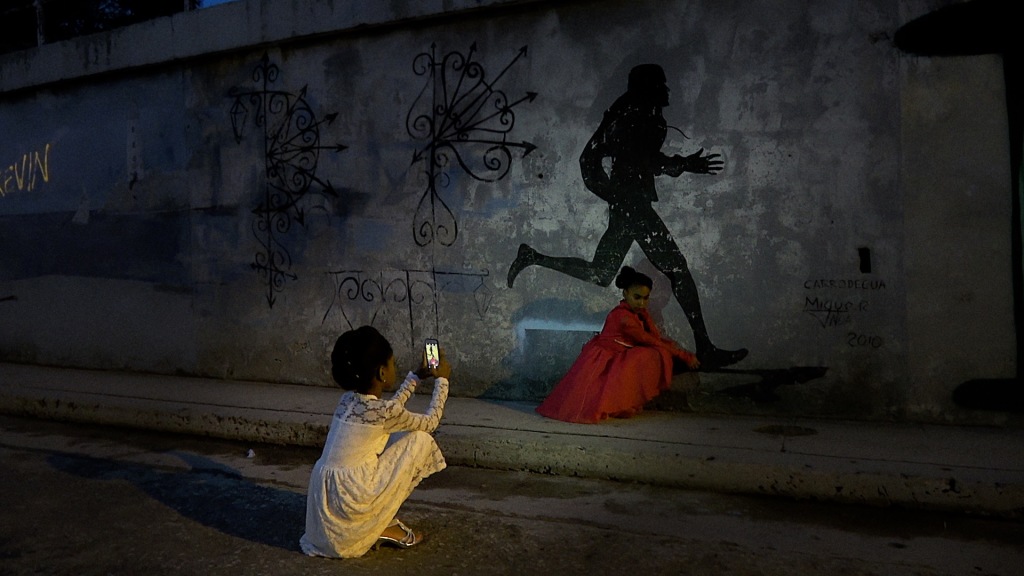 It is late afternoon on a rooftop high over old Havana, and some kids of the neighborhood are around. It’s their usual playground. My “star” Leonelis grabs my phone, turns on “movie” mode, and films an unspeakably beautiful scene. Just as I keep filming her using my phone to film and I am in awe: Pure magic unfolding in real-time. She uses slow-motion to turn her little dance into poetry, which makes people hold their breath, and she uses fast forward, as the kids around burst in laughter, to make Charlie Chaplin appear among us. If there is such a thing as a “moment of truth”, then this was one of them. But sorry: my words can never describe this fraction of reality turned into something bigger than life: Cinema.