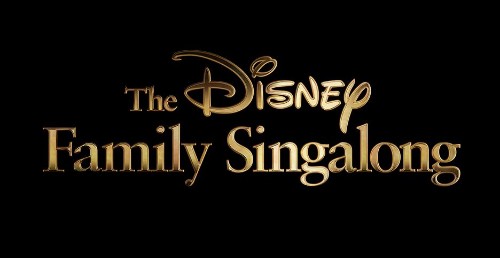 BE OUR GUEST FOR AN UNFORGETTABLE ENCORE NIGHT OF MUSIC ON ‘THE DISNEY FAMILY SINGALONG,’ HOSTED BY RYAN SEACREST, REBROADCASTING SUNDAY, APRIL 26, AT 7:00 P.M. EDT

Then, ABC’s ‘American Idol’ Comes to America for the Very First Time Remotely With the Top 20 Performing for a Spot in the Top 10

Celebrating family, music and the love of all things Disney, ABC rebroadcasts the magical, one-hour television special, “The Disney Family Singalong,” SUNDAY, APRIL 26 (7:00-8:00 p.m. EDT). (TV-G) Hosted by Ryan Seacrest, the nationwide singalong event features celebrities with their families as they take on their favorite Disney tunes from their homes. (Rebroadcast. OAD: 4/16/20)

Then, the stakes have never been higher as the Top 20 perform remotely for a spot in the Top 10 of “American Idol,” SUNDAY, APRIL 26 (8:00-10:00 p.m. EDT), on ABC. For the first time ever, “American Idol” reaches audiences in an all-new way, as judges Katy Perry, Luke Bryan, Lionel Richie, host Ryan Seacrest, in-house mentor Bobby Bones and the Top 20 contestants participate from different locations. Don’t miss the remaining Idol hopefuls as they continue their journeys remotely, filming their performances on iPhones, singing their hearts out for a chance to win America’s vote and ultimately the coveted season three crown! (TV-PG, L)

About “The Disney Family Singalong”

ABC’s broadcast debut of “The Disney Family Singalong” on Thursday, April 16, averaged 12.2 million Total Viewers and delivered a 3.2/15 with Adults 18-49 after three days of TV playback, ranking as TV’s highest-rated show on any network on any night since ABC’s broadcast of “The Oscars®” in February.

With an animated character to guide the on-screen lyrics, audiences, families, roommates and loved ones can follow along in perfect harmony with their favorite celebrities as they sing beloved melodies from Disney classics, including “Beauty and the Beast,” “The Little Mermaid” and “Toy Story” to more recent fan favorites like “Moana,” “Frozen” and “High School Musical.” The television event features a vocal warmup by Kristin Chenoweth and a special introduction by Elle Fanning. Performances throughout the evening include the following:

“Be Our Guest” – Derek Hough and Hayley Erbert, with a special appearance by Julianne Hough

“Can You Feel the Love Tonight” – Christina Aguilera

“Colors of the Wind” – Tori Kelly

“Do You Want to Build a Snowman” – Thomas Rhett

“Under the Sea” – Jordan Fisher

“You’ve Got a Friend In Me” – Josh Groban

The encore presentation of the Singalong is brought to you by State Farm. The special also airs PSAs with talent from across Walt Disney Television to raise awareness about Feeding America’s vast network and resources for people in the country who are finding themselves in unfamiliar circumstances and facing hunger for the first time due to COVID-19. Families and vulnerable members of the community who need help can visit FeedingAmerica.org/FeedTheLove to learn more about Feeding America’s COVID-19 response and how to locate local food banks for help.