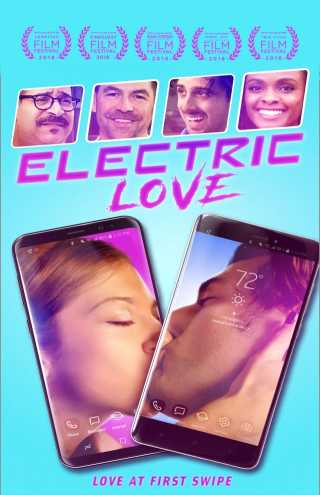 Hollywood, CA (The Hollywood Times) 03/27/2019 – Last presidential election day I was contacted by director Aaron Fradkin and asked to act in a short film – not just any short film – Acting Class was written, directed and produced by a new creative team in town, Aaron Fradkin and Victoria Frantz. Aaron, an LA based writer and director co-founded the production company Social House Films with his new girlfriend, Victoria Frantz. The Company produced the award-winning short-film Acting Class before embarking on their next joint venture on the subject of App love dating. Aaron had this to say of meeting his future partner, “Victoria and I met in an audition for a music video I was directing. Funnily enough, she did not land the role, but she did reach out afterwards looking for advice on how to produce a film she wrote. I had written Acting Class with a friend of mine and was in the midst of putting that together. By chance, Victoria agreed to come on board as a producer and knocked it out of the park. She was such a huge help with such a deep passion for producing that I asked if she wanted to help me co-write and produce a feature film, Electric Love.

While Acting Class went on to become an award winning short, view a 30-second clip here: Scene from Acting Class – sparks flew between Aaron and Victoria and they decided to move forward both in work and life as partners in creating what they both love – films. He’s originally from Massachusetts and majored in Film/TV while she is from Maryland with a marketing background. When Victoria arrived in LA she focused on growing her social media following which lead to features in Forbes and Adweek.  Aaron had worked at various production companies and advertising agencies, but now independently produces music videos, short films, and features. In 2012, he wrote and directed his own micro-budget film, ’15 North.’ The film premiered at festivals around the country and took home the Best Feature Film award at the SENE Film Festival.

Fratz produced and wrote the film, teaming up with her boyfriend Aaron Fradkin, who co-wrote and directed the movie. The plot follows five hopefuls as they traverse modern dating in Los Angeles using popular dating apps like Tinder and Grindr. Again, I was contacted by Aaron but this time to ask if I would mind being on a dating App for a feature film. Having worked with these two professional, proficient and most importantly, extremely funny producers how could I say no? I just tell people I’m an “App ad” in their hilarious new Indie film Electric Love that received critical acclaim as the romantic comedy hit the film festival circuits in 2018. A swipe left App Ad at that.  Electric Love was in the San Diego International Film Festival where it won Best World Premiere.

The plot summary is: “Electric Love follows four couples as they traverse modern dating in Los Angeles utilizing popular dating apps like Tinder and Grindr. Emma (Serafino) and Adam (Mooren) swipe right and fall head first into a passionate relationship, ignoring red flags along the way. Greg (Bush) deals with obstacles in finding a genuine connection on the Grindr scene when a sudden match may have turned his luck around.” I knew going in I would be a swipe left – much to my chagrin – one of life’s mirrors! Honestly, I’m elated I made it to the Dating App and the trailer because I got to work with two people I respect and admire without even seeing them… how does that happen? In the movies we all love.

Director Aaron Fradkin, drew from real-life experiences for some of the hilarious bad date stories depicted in the movie. Real-life Grindr stories shared by Grindr users were used to authenticate the feel of the same-sex dating storyline. He says, “The script perfectly depicts the hells-cape that is dating while still being fresh and hopeful. The most difficult part of making any movie is the writing. It all begins with a good script and without that, nothing else matters. The first draft I wrote was very male-centric, but Victoria helped craft the female perspective of things.”

‘“Fradkin is originally from Northampton, MA and took inspiration from writer-directors like Judd Apatow and Richard Linklater. “I wanted the movie to feel real. I didn’t want it to be the typical run of the mill romantic comedy.” Fradkin went on to say that his aim was to shoot the film in a style that brought an “80’s like nostalgia” to the movie. He says, “I look at every film as a learning experience. It’s a never-ending process of bettering yourself with each project.”’

Following the release of the movie on Feb. 5, Fratz has directed her attention to a new endeavor taking place in Southern Maryland. She says, “I’m working on a thrilling, true-life, drama set in Southern Maryland. I want to bring some entertainment jobs to the area I grew up.” The film stars Mia Serafino (Crowded, Zeroville) and Zachary Mooren (Who Will Write Our History, Aquarius) with supporting leads Kyle Howard (Orange County, My Boys), Matt Bush (Adventureland, The Goldbergs), and Erik Griffin (Workaholics, I’m Dying Up Here).

Social House Films and Gravitas Ventures released the romcom on February 5th to video on demand platforms, DVD, and Blu-rayTM nationwide. Or see it on Amazon Prime!

Look for upcoming work from this pair, they’re damned good at what they do and funny – not an easy combo and… I would love to work with them again. Cheap shot… I know… but I’m an App ad!