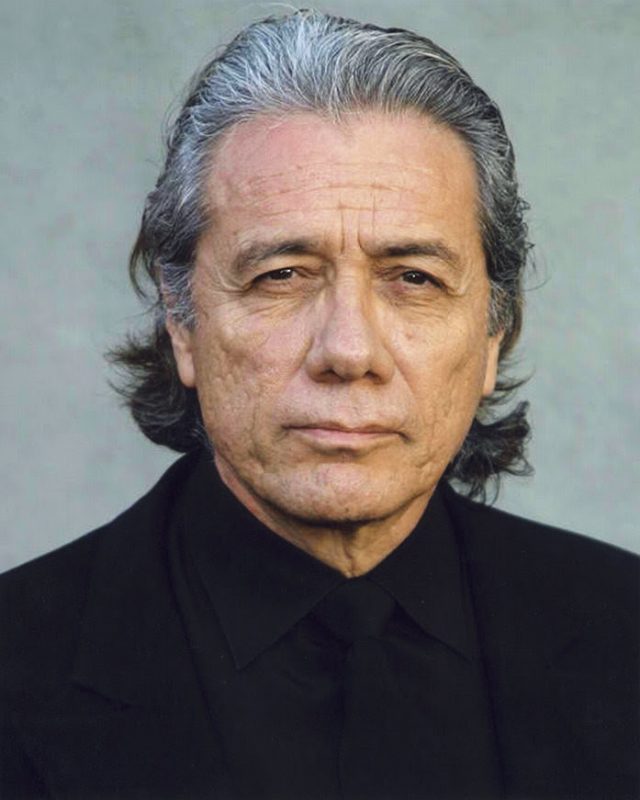 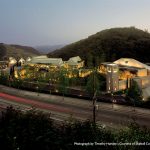 Edward James Olmos’ career in entertainment spans over 50 years. He is an Emmy and Golden Globe winning actor, and has been nominated for an Academy Award® and Tony Awards.  Olmos is best known to young audiences for his work on the SYFY television series Battlestar Galactica as Admiral William Adama. Although the series kept the actor busy during its run from 2003 through 2009, it didn’t stop him from directing the HBO movie Walkout  in 2007, for which he earned a DGA Nomination in the Outstanding Directorial Achievement in Movies for Television category.

Originally a musician,  Olmos branched out into acting, appearing in many small theatre productions until portraying the iconic El Pachuco in Zoot Suit. The play moved to Broadway and Olmos earned a Tony nomination for the role, which he reprised in the 1981 film version.

Olmos went on to appear in the films Wolfen, Blade Runner, and The Ballad of Gregorio Cortez before starring in that of Lieutenant Martin Castillo in the iconic 80’s television series Miami Vice. In 1988, the actor was nominated for an Academy Award® and won the Golden Globe for his portrayal of Jaime Escalante in Stand and Deliver. He directed and starred in his first motion picture, American Me, in 1992.

Olmos’ passion for the arts grows every year, but he never forgets to give back to the dedicated communities that support him. He is an international advocate, spokesman, and humanitarian working with organizations such as Thank You Ocean, Project Hope Foundation, Children’s Hospital of Los Angeles, The Boy’s and Girl’s Club of America, The River Keepers, Dr. Andros’ Diabetic Foot Global Conference and he speaks up to 150 times a year in schools, universities, and corporations.

Other credits as an actor include the motion pictures My Family/Mi Familia; Selena, and In the Time of Butterflies; notable television shows include The West Wing, PBS drama American Family: Journey of Dreams, and Dexter. He currently is bringing gravitas to Mayans, M.C., in its second hit season on FX networks.

James Pickens, Jr. star of ABC’s Grey’s Anatomy, will be the host for this wonderful evening.

A portion of the proceeds from the dinner will benefit The Caucus Foundation, which has provided grants and awards of $2 million to 200 worthy students to complete their film, television or new media projects.

About The Caucus For Producers, Writers & Directors

Producers, Writers and Directors to explore the issues of the ever-changing landscape of content and exhibition.   The Caucus is proud of its rich history and esteemed membership of television innovators.  For over 40 years, The Caucus has provided an opportunity for the best and the brightest talent to network and voice the ‘creative conscience’ of the Television Industry.  Today, we continue to stand for better and meaningful content across all platforms.  As Producers, Writers and Directors we support a working environment that fosters, through our various programs, the best content that we can create for our audiences.

In addition to its professional membership, The Caucus is proud of its non-profit work through The Caucus Foundation. Established in 2000 to help launch the careers of future entertainment professionals in film, television and emerging media.