Series Will Follow Larger than Life Bradshaw, His Wife Tammy And Their Daughters As They Juggle Their Zany and Outrageous Life During the Off-Season 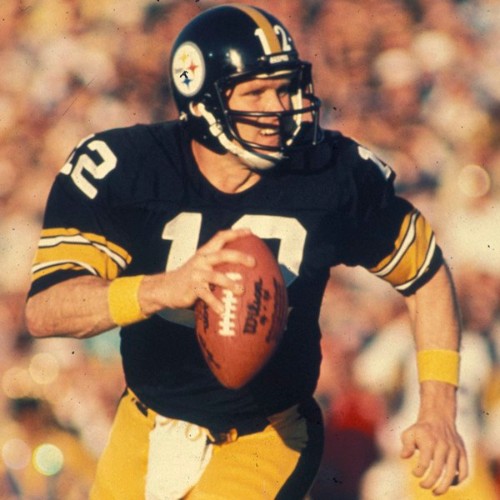 From real-life hijinks to juggling football, fame and farm life, unpredictable hilarity ensues as Bradshaw and family gives viewers a peek into rural living in Oklahoma. Alongside his playful and pranking wife Tammy, entrepreneurial and talented daughters Rachel, Lacey and Erin, and his loveable grandkids, the four-time Super Bowl Champion Quarterback and true country boy finds his most important job is father to his three kids.

“I’m excited and a little nervous to let the world see the crazy life I share with Tammy and our girls,” said Terry Bradshaw. “I never know what will happen next around here between Rachel, Lacey and Erin…I thought winning four Super Bowls was hard, but it’s nothing compared to having three girls.”

“Terry Bradshaw is an NFL legend, award-winning broadcaster and one of the most iconic figures in entertainment today,” said Rod Aissa, Executive Vice President, Production and Development, Oxygen & Production, E!. “On the field, Terry is known to be a touchdown titan, but in reality, he spends most of his time surrounded by and supporting so many strong women in his family. He’s the glue that holds that family together, and we’re excited that viewers will really get to see a side of him that they’ve never seen before.” 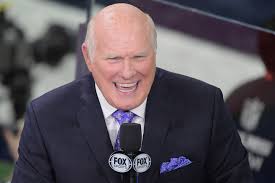 Terry Bradshaw is a four-time Super Bowl championship quarterback for the Pittsburgh Steelers, two-time Super Bowl MVP, Pro Football Hall of Fame inductee and the first and only NFL player with a star on the Hollywood Walk of Fame. In addition to his legendary football career, the multi-hyphenate continues to defy an easy pigeonhole, finding success in countless roles as a multi-Emmy and award-winning broadcaster for FOX on Fox NFL Sunday, enduringly popular actor, most recently in the box office smash comedy “Failure to Launch,” gospel/country singer, motivational speaker, New York Times best-selling author, and breeder of championship quarter horses.

E! is the only global, multi-platform brand for all things pop culture. The network is currently available to 91 million cable and satellite subscribers in the U.S and 161 countries globally. E! programming includes popular series “Keeping Up with the Kardashians,” “Very Cavallari,” “Total Bellas,” “Botched,” and “E! True Hollywood Story,” topical series “Nightly Pop,” new series “Meet the Frasers” and the return of the “The Soup.” “E! News” is the leading multi-platform publisher delivering breaking entertainment news and pop culture coverage 24/7 across EOnline.com and all digital and social media. The brand’s robust programming slate includes two New York based morning shows “E! News” and “Pop of the Morning,” along with “In the Room” and “Daily Pop,” and digital shows: “E! News’ The Rundown,” “Face Forward” and “What The Fashion” on Snapchat. E!’s “Live from the Red Carpet” signature events keep fans connected to their favorite stars on pop culture’s biggest nights and E! is also home to the “E! People’s Choice Awards,” the only award show for the people, by the people. E! is a network of NBCUniversal Entertainment & Lifestyle Group, a division of NBCUniversal, one of the world’s leading media and entertainment companies in the development, production, and marketing of entertainment, news and information to a global audience. For more corporate information, visit www.nbcuniversal.com.

Shed Media, a Warner Bros. Entertainment Company, is a division of Warner Bros. Unscripted & Alternative Television under the leadership of Mike Darnell. Established as one of America’s most prolific media companies, the studio boasts a successful slate of Emmy®-winning series showcasing a diverse portfolio of unscripted formats across a variety of leading network and cable destinations as well as video-on-demand digital streaming services. Series produced by Shed Media include “Supernanny” for Lifetime; “Criminal Confessions” and “Murder for Hire” for Oxygen; “Huda Boss” for Facebook Watch; “Long Lost Family” for TLC; “Who Do You Think You Are?” for NBC; and Bravo’s “Mexican Dynasties” and “The Real Housewives of New York City.” Shed Media’s latest project is “First Dates Hotel” from Ellen DeGeneres’ A Very Good Production for HBO Max. For more information, please visit www.shedmedia.com.