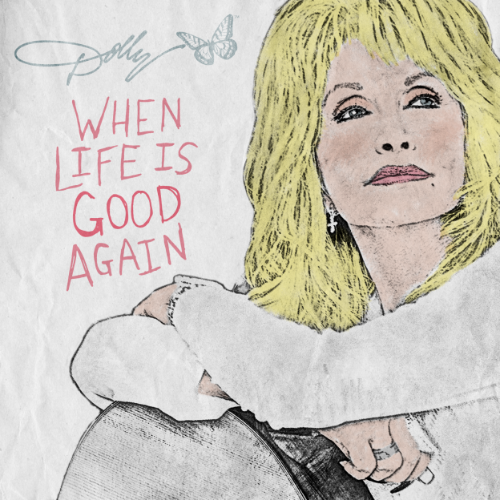 (May 29, 2020 – Nashville, TN) Dolly Parton has consistently used her platform to spread hope and joy to countless fans throughout her legendary career. At a time when our world seems to be in disarray and so many are struggling, Parton is once again using her familiar and comforting voice to lift us all to a better place with the release of her new song “When Life Is Good Again,” which premiered earlier this week on EW.com on May 27th and it’s official music video that premiered exclusively on TIME.com on May 28th following Parton’s illuminating interview with “TIME100 Talks: Finding Hope” series.

LISTEN:  “When Life Is Good Again”

WATCH:  “When Life Is Good Again” 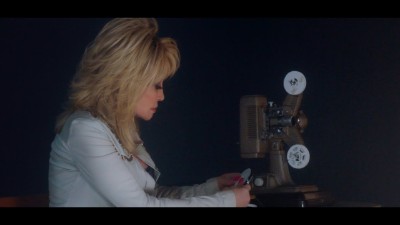 The music video for “When Life Is Good Again” is a heartwarming visual that reminds everyone of all the happy memories and inspires us to look forward past this temporary moment of distance and isolation. Parton also uses the video as a nod to all of the selfless front line workers who are fighting each day to keep us safe. Several of those courageous health workers are featured in the video as a symbol of community and how in times of crisis we come together to support one another.

“Since our world was forever changed by the COVID virus, I have felt a deep respect and appreciation for all of our frontline responders,” says Parton. “This video is to pay respect to them and to remind all of us that this too shall pass. If we pull together as a community, we can rise above and look forward to more beautiful days on the horizon. I hope you love this song as much as I have loved bringing it to you.” 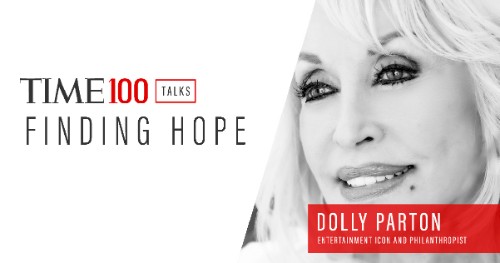 Parton appeared in conversation with TIME Editor-In-Chief, Edward Felsenthal, on “TIME100 Talks: Finding Hoe” on May 28th, where she discussed public service and why initiatives like her influential children’s literacy program, The Dolly Parton Imagination Library, and her current web series, “Goodnight With Dolly,” are so important and close to her heart. At the conclusion of the interview stream, Parton and Felsenthal exclusively premiered the official music video for “When Life Is Good Again,” which is currently featured on TIME.com‘s homepage.

The “TIME100 Talks: Finding Hope” series brings together the world’s leading voices to spotlight solutions and encourage action toward a better world. This series will have a special focus on the COVID-19 pandemic. Other luminaries who have been featured in the series include Angelina Jolie, John Legend, among many others.

In addition to speaking on the Imagination Library and their work, Parton also discusses her wildly successful YouTube series, “Goodnight with Dolly,” in which she reads select Imagination Library books, all carefully chosen for this moment in time. The 10-week series kicked-off on April 2nd with a reading of “The Little Engine That Could” and will come to the end of its run on June 4th. 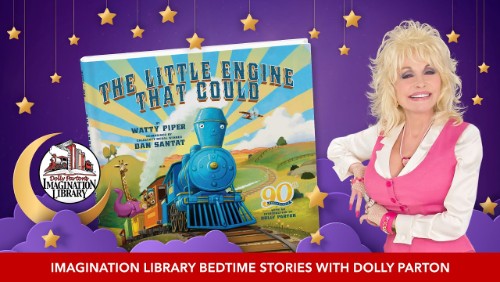 ABOUT DOLLY PARTON:
Dolly Parton is the most honored and revered female country singer-songwriter of all time. Achieving 25 RIAA-certified gold, platinum, and multi-platinum awards, she has had 26 songs reach #1 on the Billboard country charts, a record for a female artist. Parton recently became the first country artist honored as Grammy MusiCares Person of the Year given out by NARAS. She has 44 career Top 10 country albums, a record for any artist, and 110 career-charted singles over the past 40 years. In 2014 the RIAA recognized her impact on recorded music with a plaque commemorating more than 100 million units sold worldwide. Her 2016 #1 album, “Pure & Simple,” which topped the Billboard Top Country Albums and Americana/Folk Albums charts and debuted at No. 1 in the U.S., Canada, U.K. and Australia, added to that massive tally. 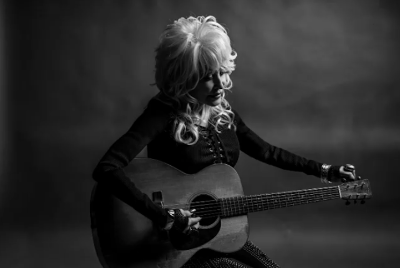 She has garnered ten Grammy Awards and 49 nominations, including the Lifetime Achievement Award and a 2020 win with for KING & COUNTRY for their collaboration on “God Only Knows”; 10 Country Music Association Awards, including Entertainer of the Year; five Academy of Country Music Awards, also including a nod for Entertainer of the Year; four People’s Choice Awards; and three American Music Awards. In 1999, Parton was inducted as a member of the coveted Country Music Hall of Fame. Parton has donated over 130 million books to children around the world with her Imagination Library. Her children’s book, Coat of Many Colors, was dedicated to the Library of Congress to honor the Imagination Library’s 100 millionth book donation. From her “Coat of Many Colors” while working “9 to 5,” no dream is too big and no mountain too high for the country girl who turned the world into her stage.

ABOUT THE DOLLY PARTON IMAGINATION LIBRARY: 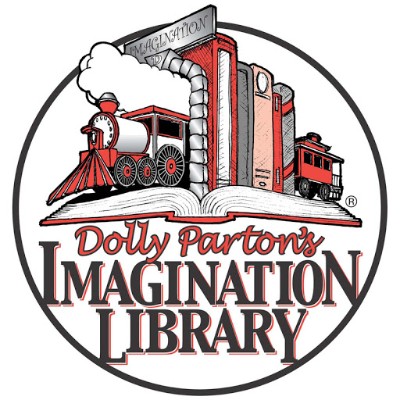 Dolly Parton’s Imagination Library is a book gifting program that mails free, high-quality books to children from birth until they begin school, no matter their family’s income. After launching in 1995, the program grew quickly. First books were only distributed to children living in Sevier County, Tennessee where Dolly grew up. It became such a success that in 2000 a national replication effort was underway. By 2003, Dolly Parton’s Imagination Library had mailed one million books. it would prove to be the first of many millions of over 135 million books gifted to children around the world. Dolly’s home state of Tennessee pledged to pursue statewide coverage in 2004 and global expansion was on the horizon. After the United States, the program launched in Canada in 2006 followed by the United Kingdom in 2007, Australia in 2013 and the Republic of Ireland in 2019. For more information visit imaginationlibrary.com.